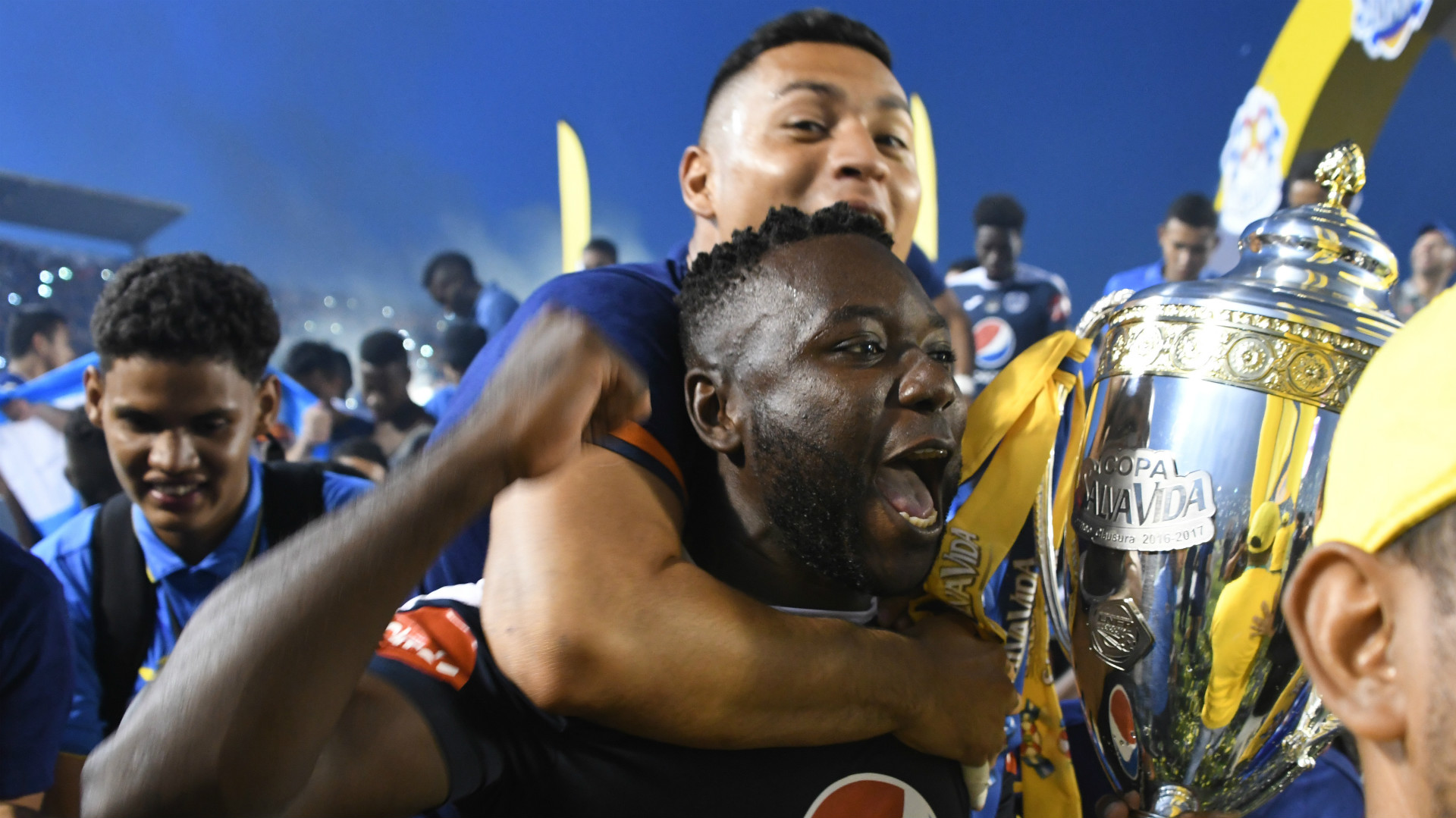 South Texas wasn't Motagua's first choice when it had to seek an alternate venue, but Las Aguilas Azules are making the most of their temporary home

There are plenty of places that make sense for a Honduran team to host a CONCACAF Champions League match when it can't do so in its home country. Olimpia is taking the short flight to Costa Rica's national stadium. Motagua, on the other hand, started its trip to Edinburg, Texas, on Monday ahead of a match the club will be hosting 1,600 miles from its normal home venue, the Estadio Tiburcio Carias Andino.

The South Texas city, with its population of nearly 90,000 residents, isn't on the international map for hosting big soccer matches. It's not a hub for Honduran immigrants like Los Angeles, Washington, D.C., Miami or Houston. So how did HEB Park, home of the USL's Rio Grande Valley Toros, end up serving as the site for Wednesday's CONCACAF Champions League round of 16 match?

"You’re fascinated, and so are we, believe it or not," Toros president Bert Garcia told Goal after the match was announced.

The CONCACAF Council announced Jan. 29 that it approved moves for CCL matches set to take place in Honduras "due to the political and social situation that has affected the country in recent months."

It turns out Edinburg wasn't the first choice. Motagua started looking in some of the usual places, but with a late kickoff scheduled for the match, tentative plans to host the game in Fort Lauderdale, Florida, fell through. Events taking place at the venue being considered can't start at 9 p.m. local time.

A contact put Motagua president Pedro Atala and the club in touch with the Toros. The Texas team had put in a bid to potentially host the match and ended up with Wednesday's game at its venue. The fit was right not only because of the venue but because of the team's plans to make the best of a bad situation.

Violent protests broke out in the aftermath of November's presidential elections in Honduras which eventually saw incumbent Juan Orlando Hernandez's sworn in as president of the country after more than a month of uncertainty. During that period, a playoff match in San Pedro Sula had to be suspended. Since then, the Honduran league has resumed, though protests continue in the streets of many Honduran cities.

"Really, I’m not 100 percent in agreement because we never officially asked to play the game in the United States," Atala told Goal of CONCACAF's decision. "In November of last year we sent a letter asking if we could play in the United States in case we couldn't play in Honduras. It was an exploratory note. CONCACAF answered us that they were going to analyze the case, and eventually because of some problems we had here after the elections they canceled a pair of matches. But from there the tournament has continued in its normal way without any problem."

Still, with an increased level of uncertainty surrounding the security situation in Honduras, CONCACAF ruled not only the round of 16 matches but also any potential quarterfinals Motagua or Olimpia qualify for will take place at alternate venues.

Motagua is going to settle in and try to get as comfortable as possible. HEB Park will become Motagua's home not only for Wednesday's match but also for the following days. To stay in rhythm but avoid extraneous travel, the team will play a friendly Saturday before heading to Houston and flying from Texas to San Diego on Sunday.

"Well, the first thing also is the weather, which is important. We know that this part of the U.S. isn't very cold and Edinburg won’t have too much heat either. It should be an accessible climate for our players," Atala said. "Beyond that, we know there are a lot of Hondurans in the Houston area and we’re sure they’re going to go to the stadium. It’s going to be $15-$30 and we think there are going to be a lot of Hondurans. It’s small, a few more than 9,000 people. And there also will be a lot of Mexican-Americans who are going to support Tijuana."

Playing in a city so close to the U.S-Mexico border, albeit far from Tijuana, does seem to invite the possibility that Las Aguilas Azules will be playing in front of a hostile crowd despite it being a home match. Garcia said he could promise use of his facilities and friendly welcome off the field but wasn't sure who the local community will root for Wednesday.

"Us Texans, especially in South Texas, we’re known for our hospitality," the Toros president said. "I’m not sure necessarily how many fans I can provide for them during the game or at the game, but what I can tell them is that they’ll be treated well, they’ll feel safe, they’ll have facilities I hope they can say are unlike anything they’ve been playing in - even though they’re a top-caliber team.

"South Texans know how to throw a party, so hopefully they feel that way."

What really would give the visitors from Tegucigalpa something to celebrate would be a victory. Motagua has been in six domestic finals over the last eight tournaments and come away with three titles. Yet internationally, it's been a struggle to break through. It lost all six group matches in the 2011-12 tournament. Things went much better in the 2015-16 incarnation, with Motagua drawing with America 1-1 and earning a pair of wins over Nicaraguan side Walter Ferretti. That wasn't enough to qualify, though, and Atala is eyeing a first-ever win over a Mexican team.

"It would be historic," he said. "We’ve never achieved it, even when playing at home. Now we’re playing two matches away. But we’re hoping a lot of Hondurans come from Houston, from McAllen, where there are a lot of Hondurans, and we can feel at home and get a positive result to travel with a favorable score to Tijuana."