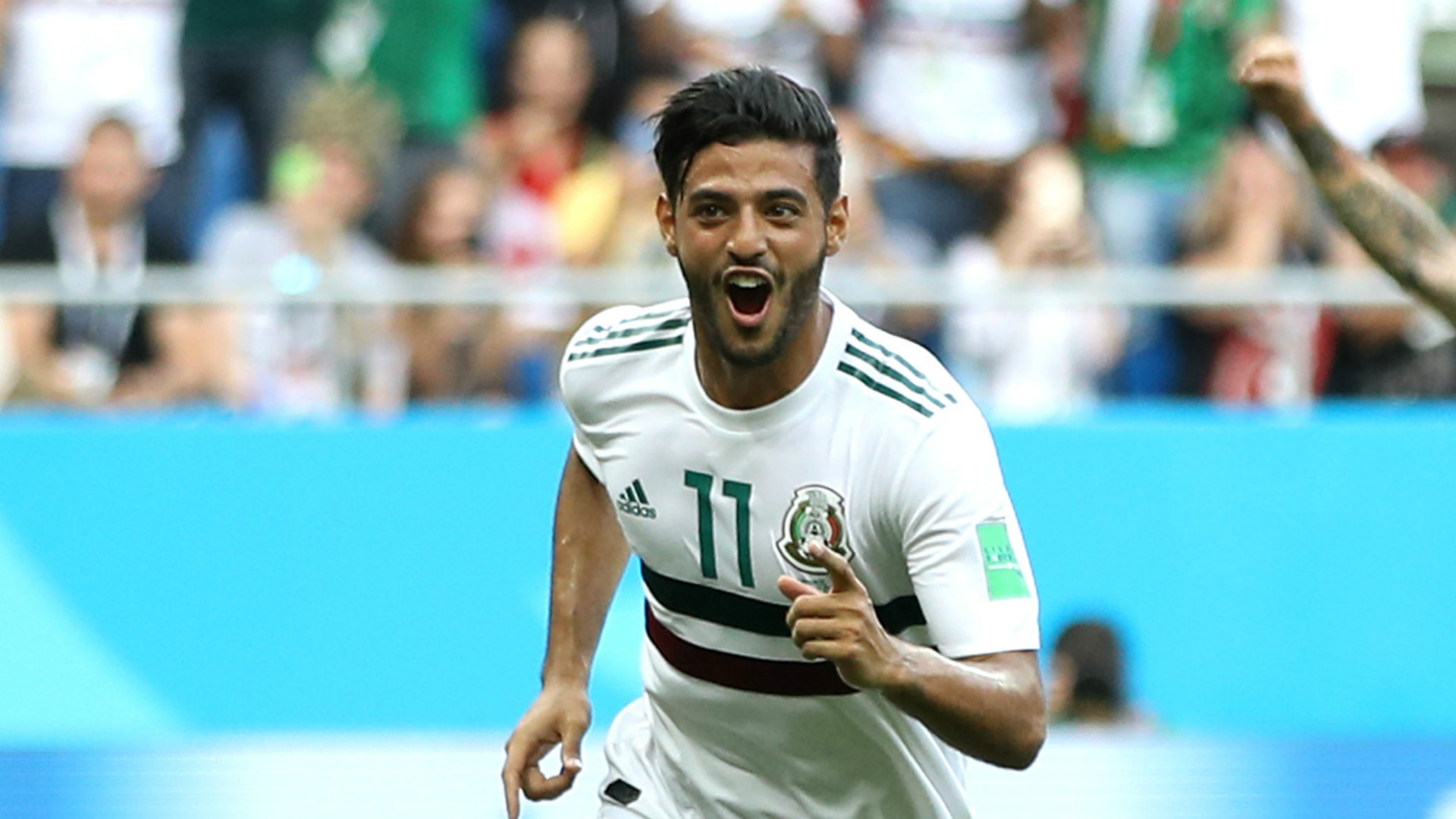 The Los Angeles FC star has been one of Mexico's best players during its strong World Cup run, and that form is making Major League Soccer look good

Carlos Vela has been one of the key contributors in Mexico's impressive start to the 2018 World Cup, with his strong showing against South Korea on Sunday following up a pivotal performance in the 1-0 upset of Germany.

Vela's efforts have made it easy to forget that it wasn't too long ago that there were real questions about what sort of form he would be in after making the surprising decision to leave Spanish side Real Sociedad to sign with Major League Soccer expansion team Los Angeles FC.

The move was seen as a step back for Vela, who at 29 could have still found plenty of teams in top European leagues to play for. Would the quality of play in MLS slow him down and maybe even cost him a starting role at the World Cup?

Among those concerned was Mexican national team coach Juan Carlos Osorio, who has made no secret of his preference to have El Tri's best players playing in top European leagues over moves to MLS and Liga MX. Though he didn't criticize Vela's MLS move publicly when it happened, Osorio expressed real concerns privately about what the move might mean for the form of a player who was supposed to be an important piece in the El Tri attack.

Those fears were put to rest once Osorio had Vela in camp and saw a player not only brimming with confidence, but also one who was in peak physical condition, something that was vital to the plans Osorio had for his team in Russia.

"You can see the improvement in his condition and it is a testament to the physical demands of the MLS," Osorio told Goal before the start of the World Cup. "Playing for a good coach like Bob Bradley has clearly helped him adapt and you can tell he is enjoying his football."

That much has been clear to anyone who has seen Vela's World Cup performances. On the ball, the forward has been clinical and effective. Defensively, he has been relentless, as evidenced by his outstanding work to help neutralize Toni Kroos in the win against Germany.

That performance caught the attention of many, including former Arsenal teammate Cesc Fabregas, who pointed out that fears about MLS hurting Vela's game appear to have been misguided.

"In terms of the individual players who have impressed me the most, Vela deserves a mention for what he did against Kroos," Fabregas wrote in a recent column for the BBC . "Vela left Real Sociedad to join Los Angeles FC at the start of the year and people seem to think that when you go to the MLS, or that type of league, your level drops.

"That was not the case when he played against Germany, because Kroos could not shake him off. He tried but he could not influence the game."

Vela was at his best again on Saturday, working both ends of the field, putting in the effort defensively while also delivering dangerous passes. His converted penalty kick capped another strong showing to pull Mexico to the brink of the knockout rounds.

In the process, he has provided some pretty convincing evidence that moving to MLS doesn't have to mean a player will see their impact diminish on the international level. It is a stigma that has existed for some time, and one that continued to circulate as U.S. national team stars like Clint Dempsey, Jozy Altidore and Michael Bradley returned to MLS.

The reality is that there have been several foreign players who have been able to maintain or boost their international careers after moving to MLS. Four years ago, Costa Rican defender Giancarlo Gonzalez joined the Columbus Crew before going on to star for the Ticos during their impressive run to the 2014 World Cup quarterfinals. His form earned him a summer move to Italian side Sampdoria that same year. This time around, Seattle Sounders defender Gustav Svensson is part of Sweden's World Cup team and played a role in Sweden's successful qualifying campaign. Vela's LAFC teammate Laurent Ciman is in his fourth season in MLS and was the final cut from Belgium's stacked World Cup squad.

That doesn't mean there haven't been MLS players whose international careers were hurt by the stigma surrounding MLS' quality. Toronto FC's Italian star Sebastian Giovinco is a prime example of a player who has thrived in MLS but hasn't been able to translate that into a return to the Italian national team, though given Vela's success at the World Cup you can't help but wonder if some in Italy aren't looking at Giovinco's absence from the Azzurri's failed World Cup qualifying campaign through a different lens now.

Vela's form in Russia should help foreign MLS players generate a bit more respect and consideration from their national teams, and should serve as evidence to players considering moves to MLS that they don't necessarily have to see their international careers wane or end because they decide to play in the league. It should also help the league make that very case to prospective players as teams continue to scour the international market for higher-level talent, as the money being spent on MLS salaries continues to grow.