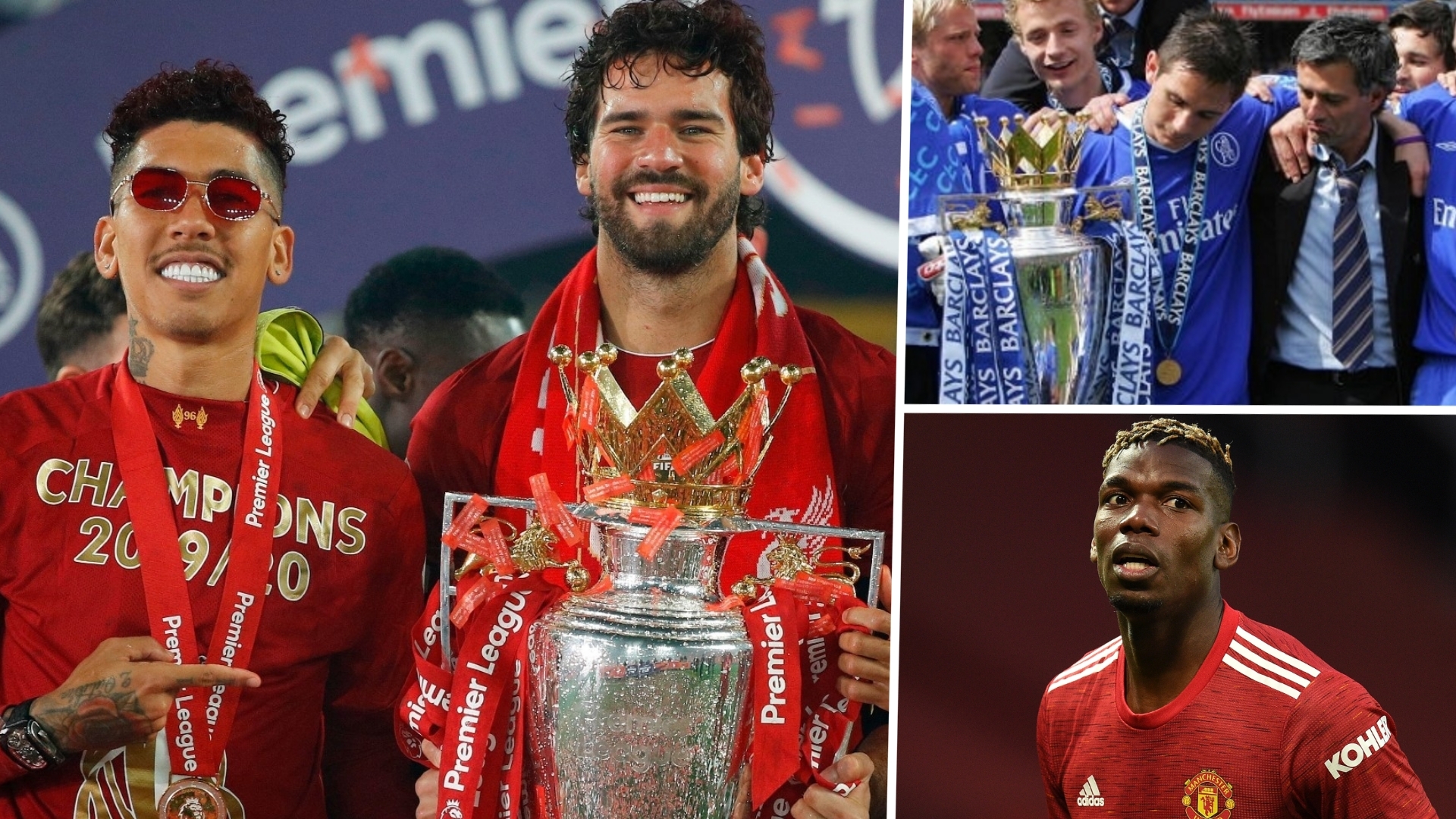 Which teams make up England's top-flight elite club? Goal brings you the history behind the designation

The Premier League is one of the most competitive divisions in elite level football, with some of the biggest and richest teams in the world.

Unlike some of its counterparts across Europe, where one or two clubs are dominant, the Premier League features what has become popularly known as 'The Big Six'.

An influential cohort within the league, as evidenced by their part in the controversial 'Super League' project in 2021, they attract some of the best players in the world and are the envy of clubs across Europe.

So which clubs are part of this group? Goal brings you everything you need to know.

Which clubs make up the Premier League 'big six'?

So why are these particular clubs known as the 'big six'?

The reason is simple: it is because they are the most consistently successful teams in the division. Not only that, but they boast the biggest stadiums, broadest fanbases and, as a result, the healthiest bank accounts.

It should be noted that the 'big six' is a relatively modern designation and it is very much an informal title.

From the 2010s on, the top six teams in the Premier League at the end of each season tended to be made up of the aforementioned clubs, with the same teams generally vying for continental qualification.

Prior to that, in the 2000s, during the second decade of the Premier League era, a 'top four' of dominant teams emerged.

Like the 'big six', the 'top four' was shorthand for Manchester United, Liverpool, Arsenal and Chelsea - teams that had been perennial contenders in the division.

Blackburn Rovers, who won the Premier League in 1995, and Leicester City, who won the title in 2016, are not part of the 'big six'. Despite their success, they have not been consistent enough.

Similarly, there are 'big' clubs in England, such as Aston Villa or Nottingham Forest, that have been highly successful in the past, but their modern-day performances have affected their standing.

Others, such as Leeds United, Everton and Newcastle United, who have been among the top-six contenders in the Premier League, have also suffered from inconsistency - and, in some cases, relegation.

Tottenham, interestingly, are the only one of the 'big six' not to have won a Premier League title. That fact is sometimes used by some fans as a basis to mock Spurs supporters.

However, the north London club can point to First Division titles in 1951 and 1961. Their part in the 'big six' is down to the fact that they have maintained a high level for a sustained period, regularly qualifying for the Champions League and Europa League, as well as challenging for domestic trophies.

Manchester United are the most successful team in English football's Premier League era, with Sir Alex Ferguson helping to establish the club as the dominant force in the country.

The Red Devils have failed to maintain that dominance since Ferguson's retirement in 2013, but they remain a powerhouse financially and continue to challenge at the top end of the table.

Prior to the Premier League era, Liverpool were the top dogs in English football, but the Merseyside outfit had to wait until 2020 to get their hands on their first Premier League title.

Nevertheless, after a difficult period in the 1990s, Liverpool have always been there or thereabouts in the top flight, with managers such as Gerard Houllier, Rafa Benitez and Brendan Rodgers mounting title assaults.

While Arsenal's fortunes have declined since the latter half of the 2010s, particularly after the exit of Arsene Wenger, the Gunners were part of the traditional 'top four' and continue to be part of the 'big six'.

They have found themselves at the lower end of the 'big six' in recent years, having had to accept Europa League qualification instead of a place in the Champions League.

Though not a traditional powerhouse in English football, Chelsea grew in stature in the early days of the Premier League and soon became a fixture of the 'top four' with Roman Abramovich's investment.

With managers such as Jose Mourinho, Carlo Ancelotti and Antonio Conte delivering league titles, the Blues are now firmly established as one of the biggest teams in England.

Manchester City's part in the Premier League's 'big six' only occurred in the 2010s when they began to win titles.

Having been taken over by Sheikh Mansour's Abu Dhabi group in 2008, City became a dominant force in England, attracting some of the best players and managers in football.

Tottenham have always been one of the top clubs in England, having tasted intermittent success over the years, but they did not become consistent challengers at the top end of the table until the 2000s.

A Premier League title has thus far eluded them, but they have come close.