Pep Guardiola has become synonymous with the idea over the last decade, but what is the story behind the tactical phenomenon?

Perhaps the single greatest tactical revolution that helped Spain to dominate world football in the early part of this decade was tiki-taka.

The short, sharp passing style was forged, along with many of the greatest players of the age, in Barcelona’s La Masia academy and it was the Camp Nou club that trademarked the brand, with Pep Guardiola often considered its father.

"He is the Steve Jobs of football: experimental, brave, a lover of beauty and innovative," Real Madrid legend Jorge Valdano said when the Catalan stood down from his role as Barca head coach in 2012. "He is a reference point in world football and rightly so. Barca have turned their football into a culture."

So what is it that made tiki-taka so avidly followed and how exactly does it work? Goal brings you everything you need to know.

What is tiki-taka & what are the tactics behind it?

At the heart of the tactic is possession of the football. The idea is for a team to monopolise possession, using their technical superiority and fluidity of positioning to overcome opponents.

Although there is no definitive answer as to where the name came from, one theory is that Spanish commentator Andres Montes coined it during Spain’s 2006 World Cup run who said: “We’re playing with the ball tiki-taka, tiki-taka.”

As the sound of the name may suggest, one-touch passing is an essential skill to successfully pull off this strategy, although there is more to it than simple retention of the ball. 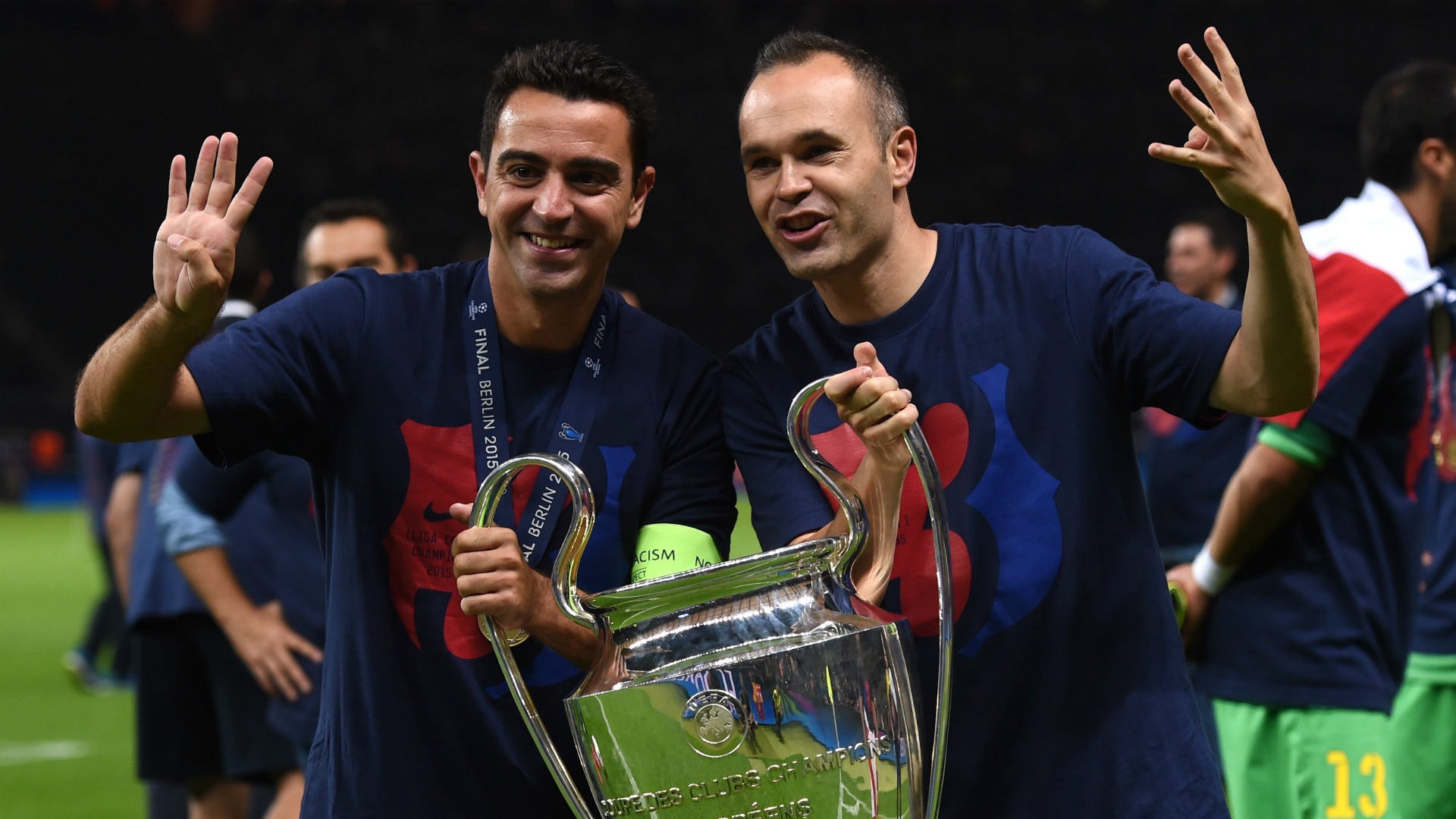 Guardiola, who also claimed that “Barca didn’t do tiki-taka! It’s completely made up!”, felt that the tactic he had been credited with inventing had become a caricature of itself: keeping the ball for the sake of it - but whether Pep likes it or not, he will be forever associated with the name.

His Barcelona side managed to employ it successfully, though, because they passed the ball purposefully. They sought to draw their opposition out and create spaces that a fluid forward line could exploit, with the passing talents of the midfield capable of carving through any defence given an open passing lane.

To Guardiola, it was about creating overloads, forcing the defence to tilt unevenly to one side before quick passes to the other exploited the weak area, but there is a defensive aspect to the idea, too, with pressure applied as soon as the opponent is in possession, with the idea being to win the ball as high up the field as possible and hope to profit in the transition game.

Tiki-taka, then, is not just passing the ball quickly between players, it is about interchanging positions and intelligent movement that can create space and passing lanes for others to exploit.

In possession, it is about making the pitch as big as possible for the opponent, while shrinking it as small as possible when they have the ball.

Pep Guardiola is generally credited as the brain behind tiki-taka, despite the fact that he is uncomfortable with the nomenclature.

Although it could be argued that systems like ‘Schalke’s spinning top’ tactic from the 1930s and the Total Football approach of the Ajax and the Netherlands of the 1970s were forms of tiki-taka, in truth these were watered-down versions.

It was Johan Cruyff’s influence in the early 1990s that was the true genesis of modern tiki-taka, with Guardiola among the players that the Dutch great influenced. Whereas Total Football had a similar fluidity and interchanging of positions, it was not based so solely around passing.

After Cruyff left the head coach role, the influence of the Dutch school continued with Louis van Gaal and Frank Rijkaard, whose desire to integrate La Masia with the first team saw them begin to drill the short-passing game into the club’s youngsters, who were groomed for technical talent as opposed to their physicality. 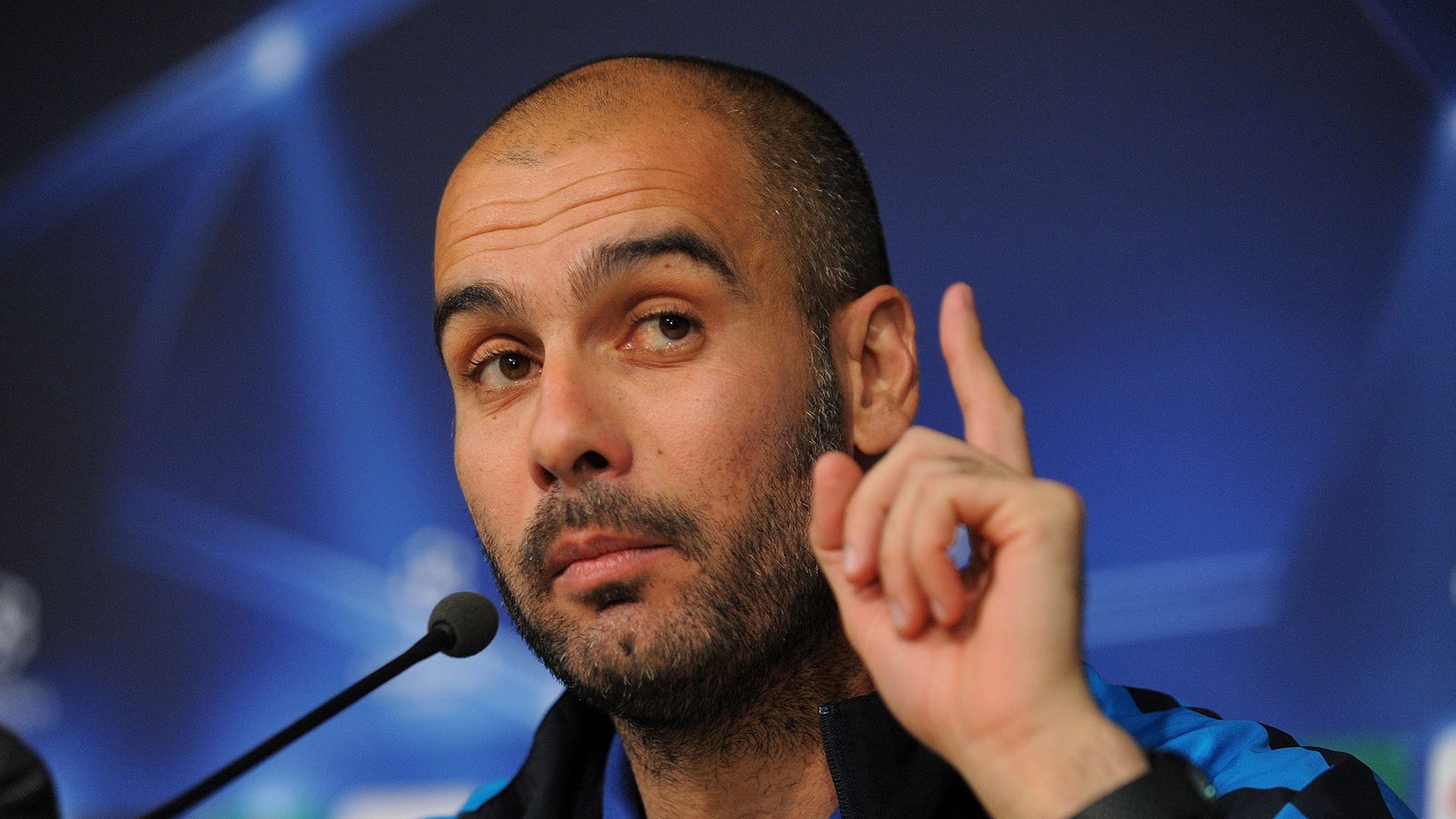 "It's not like somebody runs 100 yards in nine seconds and if you can't do it, you don't count. You always count because you can always get better.

"If you want to play basketball you've got to be two metres. Otherwise you can't play. Here, everyone can play and everyone can develop. That's the nicest thing about the game of football."

A particularly rich crop blossomed as the likes of Xavi and Andres Iniesta broke into the Barca midfield over the first decade of the millennium, and while they took time to mature, by the time Lionel Messi had broken into the first team, tiki-taka was ready to takeover the game.

“I've been lucky enough to be brought up on the Barcelona ethos, which has taught me the value of being part of a team. 'Today for you, tomorrow for me.' Those qualities are essential for life in general,” Xavi said over the mindset that pervaded the club as he came through the academy.

True tiki-taka is generally thought to have begun, therefore, when Guardiola took over as Barcelona head coach in 2008. 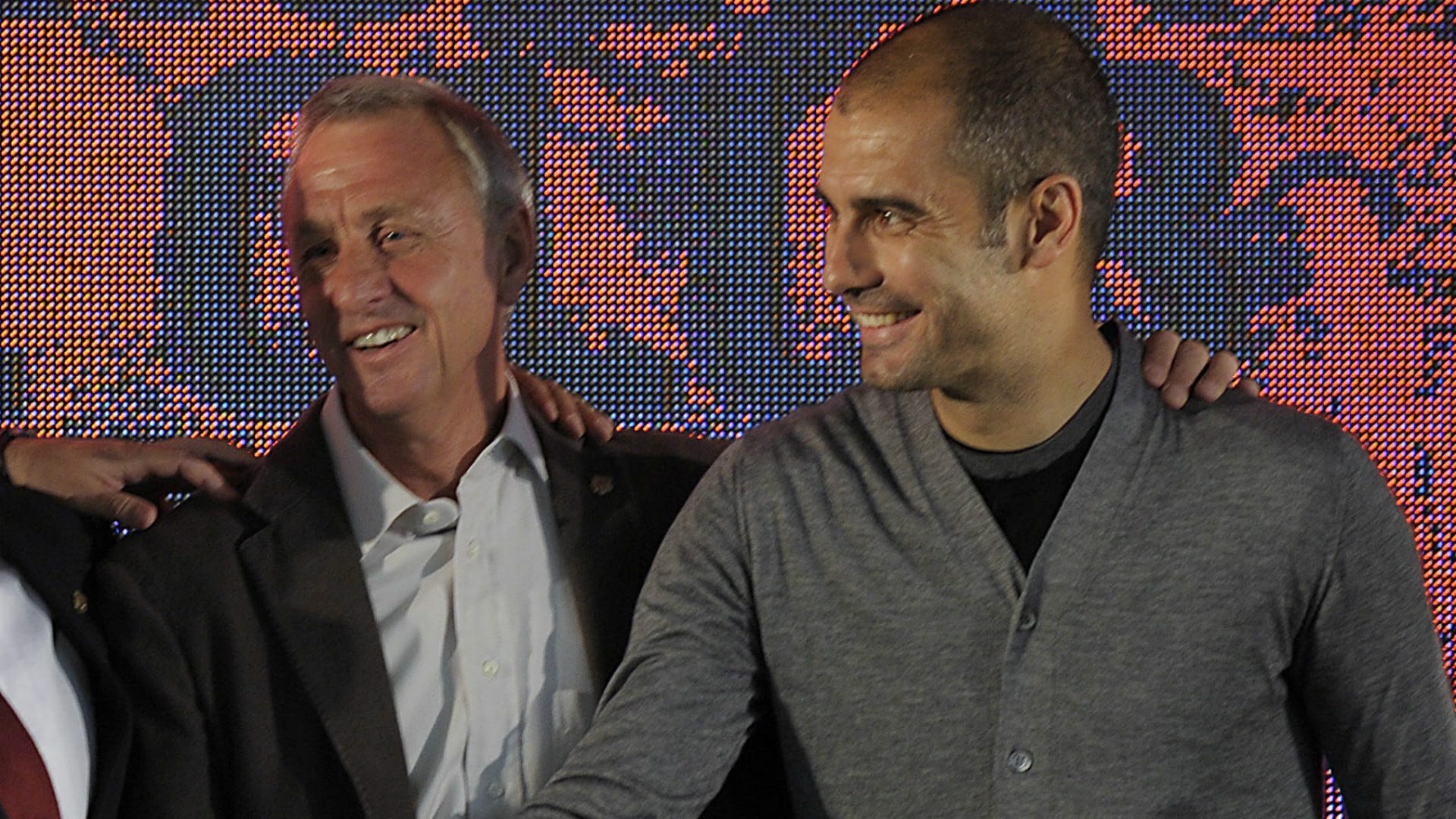 Which teams have used tiki-taka?

Barcelona are the side that has most notably and most successfully employed tiki-taka at club level, incredibly going 317 competitive games without losing the possession battle between May 7, 2008 and September 21, 2013.

Barca were blessed with an exceptional group of players that had come through their youth system and, therefore, had an intricate understanding of what the tactic involved.

It led to a golden age for the club, which saw them dominate the Primera Division into the 2010s, not to mention elevating them to the summit of European football with three Champions Leagues.

Only when Xavi left in 2015 did Barcelona start to drift away from their tiki-taka ideals, with Ernesto Valverde’s appointment as coach in the summer of 2017 signalling a more radical shift away from the move, with the Catalans starting to play in a more direct manner.

On the international scene, Spain profited from the same group of exceptional midfielders to further help the country become synonymous with the idea. 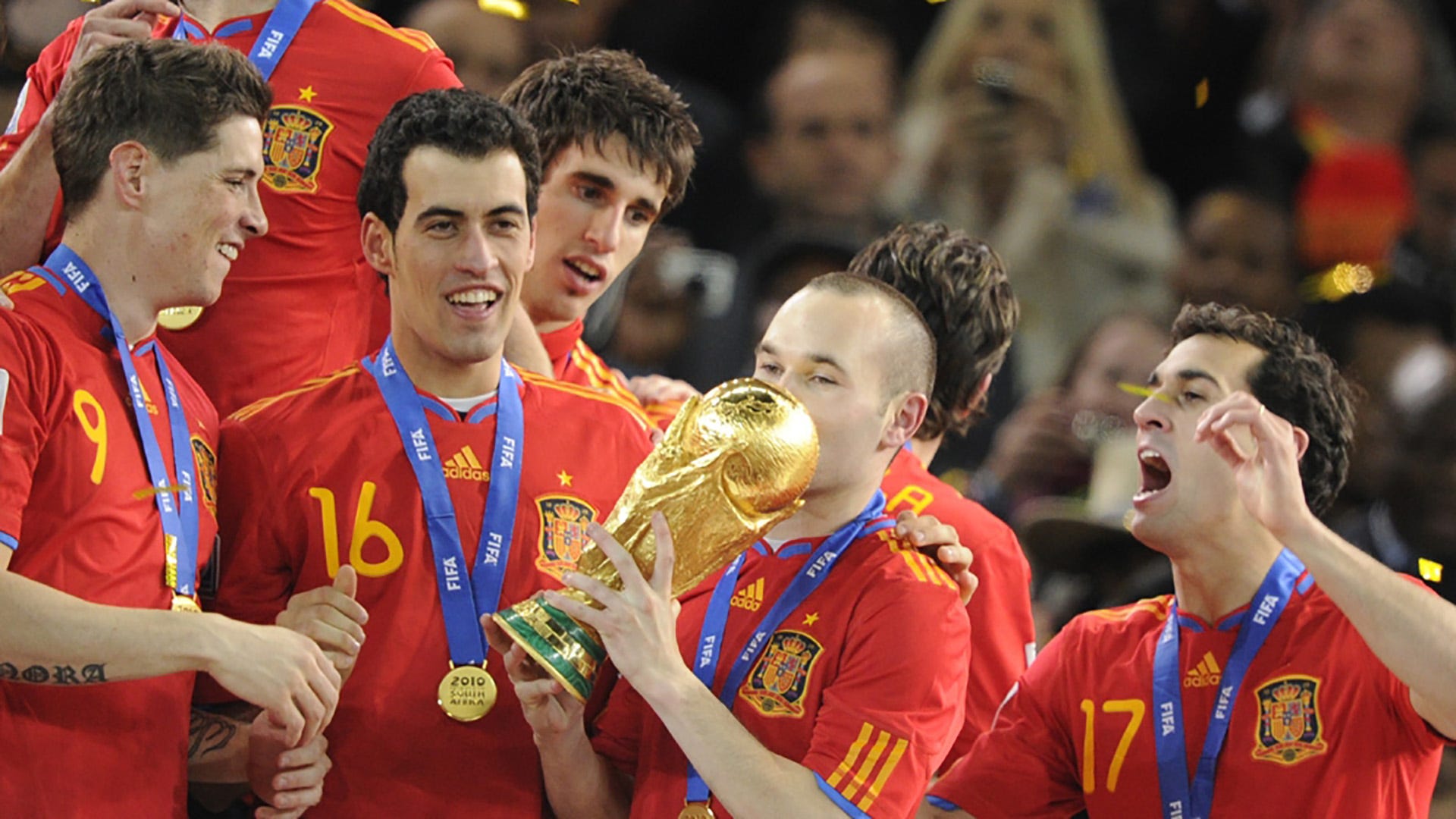 Such was the volume of excellent technical players available to La Roja, they came to dominate world football, winning the European Championship in 2008 and 2012, and the World Cup in 2010. It was their Barcelona-based heart, though, that made it possible.

When tiki-taka went wrong, though, it could become boring and monotonous; the disdainful idea of possession simply for the sake of having the ball.

"Spain's football is like love without the sex, it lacks a bit of spice," former France international Bixente Lizarazu once quipped as the verve once associated with the great team faded.

Yet even Barca have been criticised for their style, notably by Liverpool boss Jurgen Klopp, who famously enjoys 'Heavy Metal football' .

Speaking 2013, when still in charge of Borussia Dortmund, Klopp said: "If Barcelona were the team I first saw playing as a four-year-old - the serenity of football they have, winning 5 or 6-0, I would have played tennis. It's not my sport. I don't like winning with 80% possession. Sorry, it's not enough for me."

Does anyone still use tiki-taka?

There are no longer teams that play with the same imperative upon possession as Barcelona did at their peak.

Although the broad ideas of their tiki-taka ideals are retained, the Catalan club have been far more direct in their approach under subsequent head coaches than they were under Guardiola, Tito Vilanova, Tata Martino or Luis Enrique.

In part, this has been prompted by the departures of Xavi and Iniesta, the fulcrums of the system. Equally, Guardiola’s ideals have altered over the years. His style remains based around possession, fluidity and high pressing, but he has become more pragmatic and more direct.

The age of pure tiki-taka, it seems, is over.