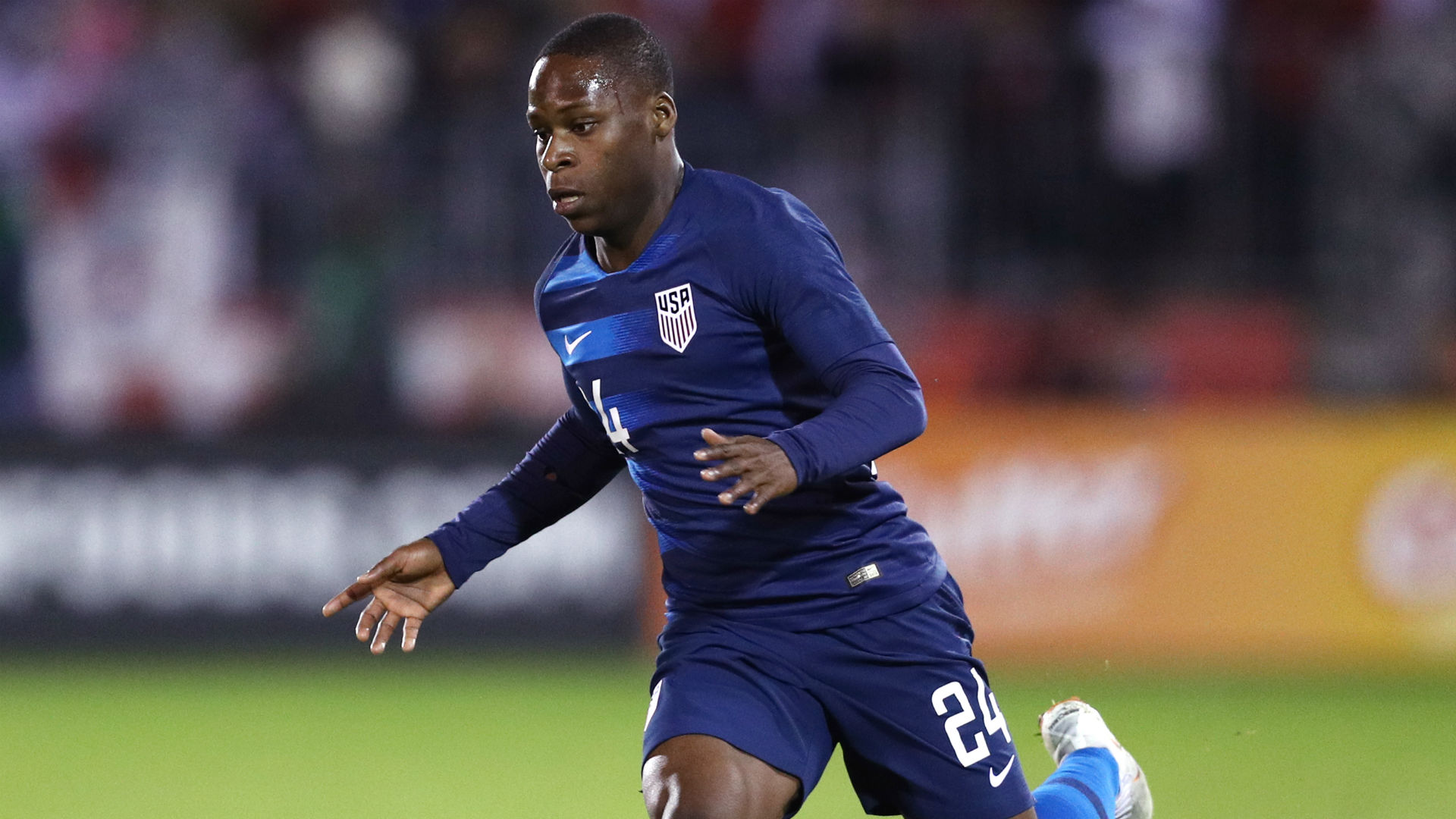 The teenage trio of Josh Sargent, Tim Weah and Jonathan Amon gave USMNT fans plenty to be excited about after Tuesday's draw with Peru

The walls around Pratt & Whitney Stadium were covered with any number of slogans and references to U.S. Soccer's marketing push to focus on the future, appealing to U.S. national team fans' hopes of seeing a new generation emerge to lift the program out from rock bottom.

The slogan "The Future is Us" was unveiled last week, to coincide with the anniversary of the USMNT's failure to qualify for the 2018 World Cup. As cheesy as the mantra might be, the premise was reasonable enough. Focus on the future and the promising collection of talent in the pipeline and believe that the coming years will be much better than the painful 2017 and forgettable 2018.

The players still had to do their part, needing to provide some substance to go with the message, especially after a rough 4-2 loss to Colombia last Thursday. The three youngest players on the team did just that, combining to deliver the kind of encouraging showing that had to feel like water to fans thirsty for a reason to believe.

Josh Sargent, Tim Weah and Jonathan Amon, all teenagers, impressed in the USMNT's 1-1 draw with Peru. Sargent scored the opening goal, running onto a Kellyn Acosta free kick and putting a calm but clever shot on goal that took a deflection before slipping into the net.

Weah and Amon took turns flashing their impressive speed and shiftiness on the ball. Weah played with the swagger of a veteran, while Amon, making his debut, showed no fear in taking on Peruvian defenders.

“He showed some moments that give you hope and showed you moments that make you realize he’s 18,” Interim U.S. coach Dave Sarachan said of Amon. “The speed of play got him on a few occasions but the moments that came where he had to take off and be creative, that was impressive and I think I’d love for this young kid to take away a lot in that regard.”

Amon was one of three players to earn their debut caps on Tuesday, and while he settled in well, he admitted to being overwhelmed before the match began.

“During the national anthem I had a lot of nerves, I was really nervous, but once the game started I felt like it’s just football,” Amon told Goal. “I just had to do my best and try to help the team.”

Amon did that by being an effective two-way player, first on the left wing, then on the right after he and Weah switched sides. Though it was their first senior national team match together, the two weren’t strangers. They were teammates on the U.S. Under-14 national team, and despite not having seen each other for more than four years, they reconnected quickly in camp.

“I really did (feel a connection) from the start of camp,” Amon said of Weah and Sargent. “I was with them and I was really connected with them because I’m the same age as them.”

That connection was evident among the trio, as they worked well together, with each of the teenagers finding moments to make their mark.

“It was a pretty good game from him,” Weah said of Amon’s debut. “He’s still a young guy like I am. I love playing with him, I played with him when I was growing up with the national team, U-14, and I haven’t seen him since so it was good seeing him. Great guy, calm kid, he doesn’t talk a lot. He’s like our N’Golo Kante.“

If the soft-spoken Amon is the Kante of this young generation from a personality standpoint, then Weah might be emerging as its Paul Pogba, with his super-sized confidence and outgoing personality. On the field, Weah is also growing, looking more comfortable and more dangerous with each passing national team match.

"I think he’s growing. He’s got a lot to learn still but he’s getting used to the speed of play at this level and that’s been a real plus," Sarachan said of Weah. "He’s got a lot of tools. For young players it’s a matter of now putting those tools to the right test. I think his games lately, he’s been pretty solid."

The showings by Weah and Amon had to excite U.S. fans who have been waiting for years to see these kind of speedy wingers, something the USMNT hasn't had since Landon Donovan and DaMarcus Beasley first broke in with the team together in the 2002 World Cup.

As for Sargent, he showed once again why he is considered the best young striker prospect in the national team pipeline. Though he is still searching for his first official senior team minutes with Bundesliga side Werder Bremen, Sargent is flourishing with Bremen's U-23 team and pushing hard for a first-team role. His success with the U-23s has helped him continue to develop and gain confidence, which showed on Tuesday as he looked far more polished than you would expect an 18-year-old striker to look.

Moving up the ranks! 🇺🇸

"The kid’s moving in a good direction," Sarachan said of Sargent. "As a lone striker in the first half, he didn’t have a lot of the play but the moments that came to him, I thought he did pretty well. He did some clever movements in terms of keeping possession, he’s a strong kid. I thought on the night he had a good night. Getting the goal was the cherry on the sundae."

This wasn't the first time Weah and Sargent had impressed in the same national team match, but Peru was a much tougher opponent than the Bolivian C team they helped batter back in May.

"We have a lot of young guys trying to figure everything out still, bond, and figure out how one another plays," Sargent said. "We’re still going to try and improve that going forward. I think definitely just playing with each other more and more, we’ll get better."

Peru sat half of its starters to open the match, but the group deployed by Ricardo Gareca was still formidable and still gave the young USMNT squad the kind of test it needed.

To be clear, Peru could have easily won the match and was the better team for stretches, but the USMNT played with more confidence than in most of its recent matches. It was an impressive development considering how inexperienced the group was.

This was a USMNT team performance with its share of flaws and shortcomings, from the shaky defensive moments you would expect from a very inexperienced back line, to the continued lack of consistent possession in central midfield.

Those issues are easier to overlook when you consider that the defense was far from being the first-choice group and the central midfield was missing the dynamic trio of Christian Pulisic, Tyler Adams and Weston McKennie.

On a night when USA fans were looking for a reason to keep believing in the future, a trio of American teenagers gave them something to be hopeful about, while also giving themselves even more confidence as they continue to evolve as players.

“Overall, I love playing with the younger guys,” Weah said. “I love the chemistry that we have and it’s something to build on. We just have to keep working hard and continue on this path, and we’re going to just get better and better.”