Crystal Dunn builds her case up top: Three thoughts from the USWNT's win over Russia 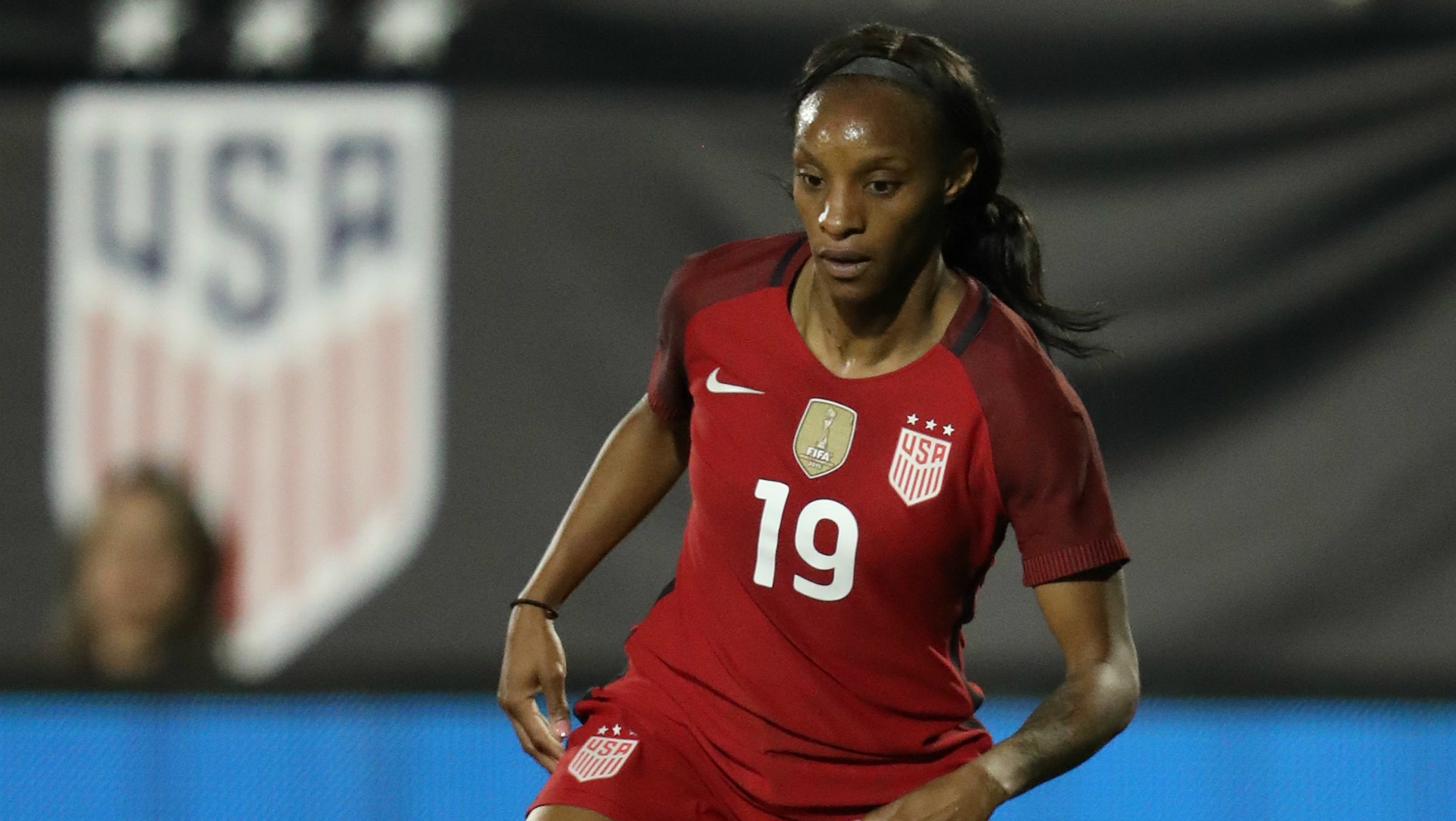 The Chelsea striker scored four goals over a pair of friendly wins against Russia, staking her claim to a role up top.

Crystal Dunn's best position is a perpetual topic for debate.

The 5-foot-1 speedster broke into the U.S. national team picture as a fullback. After claiming 2015 NWSL Golden Boot honors as a striker, she got opportunities up top. She eventually found a groove as a winger, earning plenty of minutes out wide at the 2016 Olympics. Dunn also has played centrally as an attacking midfielder, and even filled in at center back at the University of North Carolina.

Now 24 years old, Dunn has consistently played as a No. 9 since signing with Chelsea in January. As the U.S. faced Russia in a pair of friendlies, coach Jill Ellis decided to give Dunn two starts up top alongside Carli Lloyd.

Dunn's response? A brace in Thursday's 4-0 win in Frisco, Texas, followed by another two-goal effort in the 5-1 triumph Sunday in Houston.

This proved to be a sign of things to come @crysdunn_19 taps in the cross from @meghankling for her first goal of the afternoon! pic.twitter.com/y7Nzl4TSAb

Since the 2015 Women's World Cup triumph, the U.S. has largely stuck to systems featuring Alex Morgan up top and Lloyd in a withdrawn forward role. The 3-4-1-2 used at last month's SheBelieves Cup opened up another forward slot, but it was Christen Press and Lynn Williams who got the lion's share of the minutes in that tournament.

Dunn, meanwhile, continued to play out wide. But with Morgan, Press and Williams all healthy and available in the matches against Russia, Dunn made her case at striker while they watched from the bench.

There were some caveats, of course. While Dunn scored twice Thursday, her struggles with the offside trap were notable. The overmatched opposition also didn't provide much resistance.

But the appeal of a Lloyd-Dunn duo is considerable. Dunn's ability to run defenders can draw in the opposition, and her pace also stretches back lines — creating the kind of space underneath that Lloyd thrives in.

Dunn also just makes smart runs. She got in behind the back line before drawing a penalty Sunday, which Lloyd slotted in for the opener. She detected an opening at the back post for her 38th-minute strike, tapping home a Meghan Klingenberg cross. And Dunn reacted swiftly to convert a Mallory Pugh service for her second tally just after halftime.

Dunn now has 22 international goals, all of which have come since September 2015. Those sure look like the stats of a No. 9.

Here are two more thoughts on the Americans' win over Russia at BBVA Compass Stadium:

After breaking out at the Olympics last summer, Pugh found herself reduced to a periphery role at the SheBelieves Cup because of a lingering knee injury. Although it wasn't discussed much, her limited influence was a considerable factor as the U.S. went 1-2-0 in the tournament.

With Tobin Heath sidelined by a minor back injury, Pugh stepped in on the left flank and caused Russia all sorts of problems over the two matches. After teeing up an Allie Long strike Thursday, she recorded the first two-assist match of her U.S. career Sunday.

Her first setup came as she and Rose Lavelle swapped flanks. Looking up on the right side, the 18-year-old picked out Lavelle with a superb cross-field ball before the Boston Breakers rookie fired home her first international goal.

It also was a fine performance from Lavelle, who again put her technical prowess on full display after delivering a breakout performance Thursday. Down the road, Lavelle likely will play as a central midfielder. But for now, she and Pugh are giving Ellis a wealth options out wide once Heath and Megan Rapinoe are back at 100 percent.

Ellis also handed 22-year-old goalkeeper Jane Campbell her U.S. debut Sunday, with the Houston Dash rookie playing the final 16 minutes on her home field. There's not much to glean from that appearance, but Campbell does have the inside track on the third-stringer role as Alyssa Naeher and Ashlyn Harris battle for the No. 1 jersey.