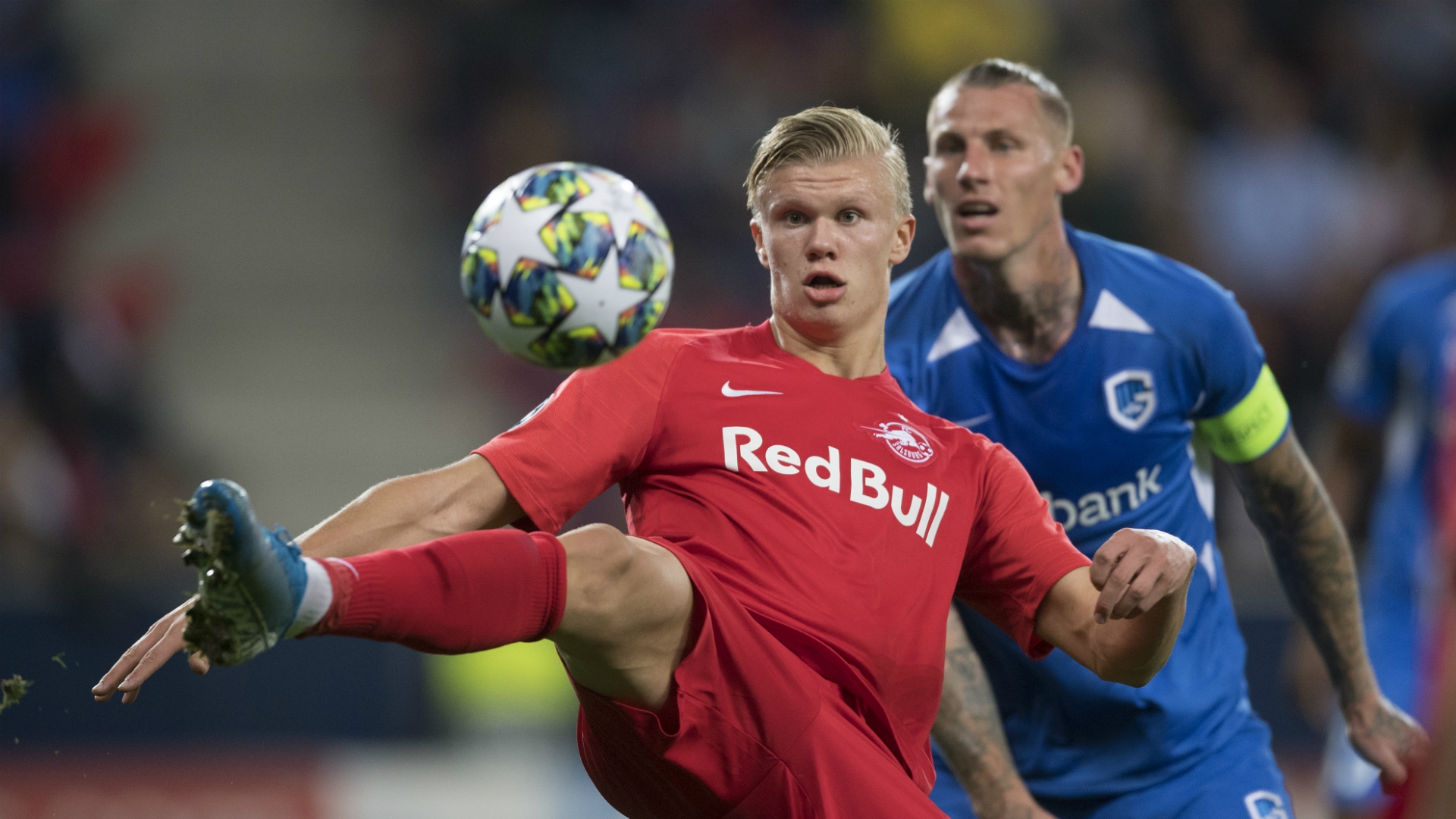 The Norwegian prodigy has been one of the standout players in Europe so far this season, and he makes sure he keeps his match-day mementos close by

Erling Haaland has already scored five hat-tricks for Red Bull Salzburg this season, taking his tally to 26 goals from just 18 games in all competitions so far.

The Norwegian has become the talk of European football thanks to his and Salzburg’s participation in the Champions League, where he has seven goals in the group stages so far.

As is tradition, a hat-trick hero gets to take home the match ball, but the 19-year-old does a bit more than that with them.

“They lie in bed and I sleep well with them,” Haaland told Dagbladet. “I look at them every day. The best thing is to score goals.

"In Salzburg I have five [match balls]. They are my girlfriends.”

The teenager is a man of few words, and in the same interview he refused to comment on a number of questions when asked about his performances this season and whether his future lies away from the club.

When asked what his expectations were in Norway’s upcoming games against the Faroe Islands and Malta, he simply replied “two victories.”

He refused to comment on transfer speculation and also refused to discuss his own strengths and weaknesses.

Norway coach Lars Lagerback had some advice for his striker, who already has two caps to his name but is yet to score for the national team.

“in general, I always say that players have to look at their current situation,” Lagerback said when asked about the prospect of Haaland moving to a bigger club.

“The player must consider private, social, and not least football aspects when considering whether a club is right for them.

“Do they have a good coach? Does the club have a style of play that fits and allows you to play? I don't think players should underestimate the social part of this if they are to move.”

“He seems like a confident and positive guy, and he creates positive energy in the group.”

Given they are third in their Champions League group, Salzburg looks like they could end up joining the Europa League for the knockout stages next year, where they could be a difficult proposition for any team.

And thanks in part to Haaland’s goals, and those of his strike partner Patson Daka, Salzburg are unbeaten at the top of the Austrian Bundesliga table having scored 56 goals in 14 games.