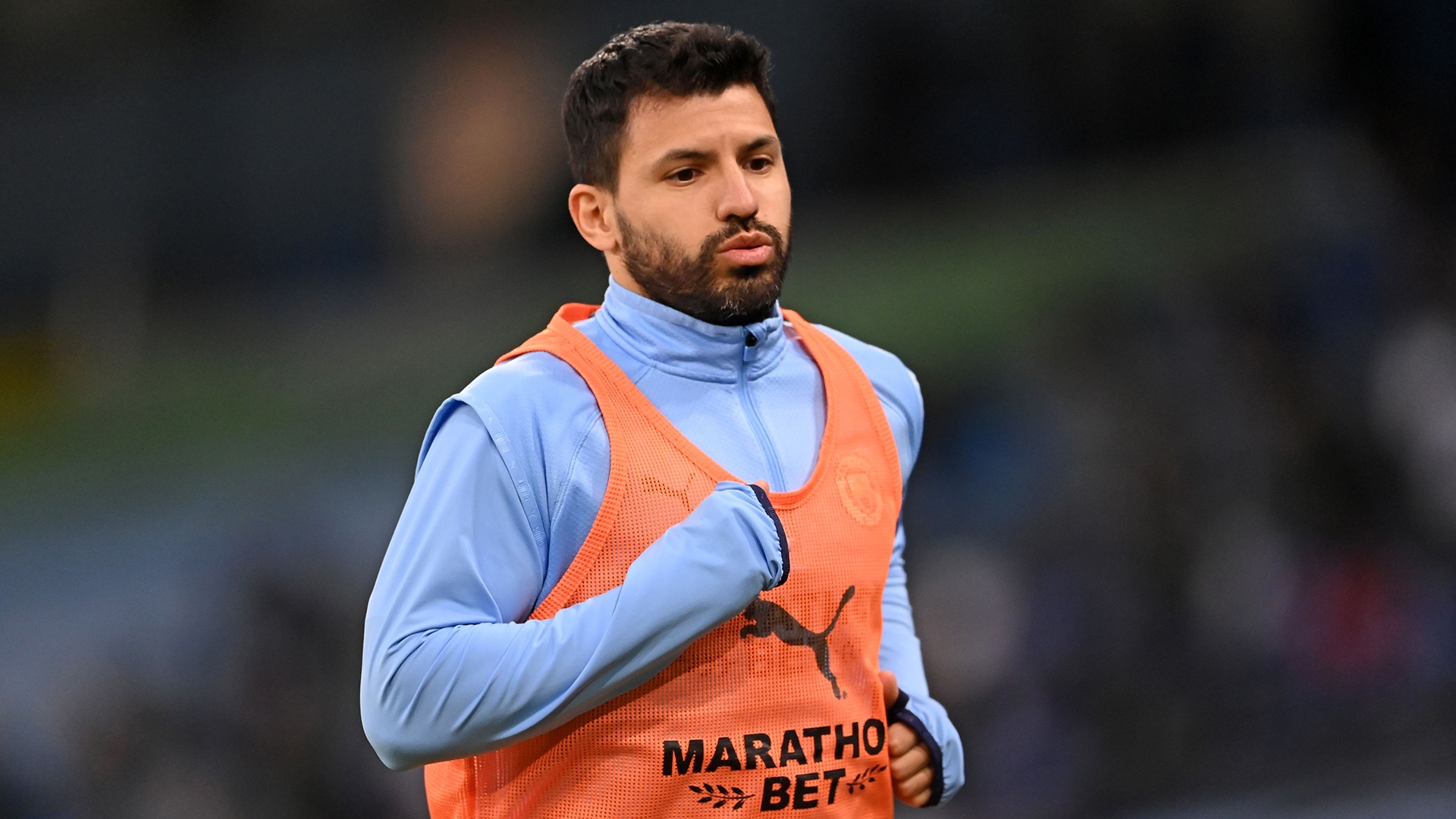 Long famed for its abundance of world-class stars up front, the nation's options are growing slimmer as the likes of Aguero and Messi near the end

As Sergio Aguero prepares for life without Manchester City , over in Argentina the striker's former mentor is doing impressive work to turn around the fortunes of his beloved boyhood club.

Back in 2006, when the 18-year-old Kun was preparing to embark on his European adventure with Atletico Madrid in a record €20 million (£17m/$23m) transfer, he found himself under the no-nonsense tutelage of Julio Cesar Falcioni at Independiente, scoring nine goals in that year's Clausura to provide one of the bright spots in an otherwise underwhelming season.

Fast forward 15 years and Falcioni is back at the helm in Avellaneda, having won league titles with Banfield and Boca Juniors, and overcome a fierce struggle with cancer of the larynx in the interim.

He does not have Aguero to bolster his ranks this time round and is unlikely to in the near future, with Aguero likely to join one of Europe's top clubs when he leaves the Etihad this summer.

Nevertheless, he has made a strong start to his second spell in charge, leading Independiente to second place in their Copa Liga Profesional group after seven games.

The coach cannot field a young striker of Aguero's calibre, however. Nor can any of his peers in the Argentine top flight. And as Aguero prepares his farewells at City, the lack of compatriots among football's elite forwards becomes all the more apparent.

Aguero is one of only three Argentine centre forwards currently active at a club which can be considered part of the top tier in Europe.

Paris Saint-Germain's Mauro Icardi, one of the trio, is even something of an outlier, given he moved across the Atlantic Ocean at just nine years old, and is on the fringes of the French side's first team.

Lionel Messi has played some of his career as false 9 but, despite his otherworldly goalscoring record, has never really been classified as a mere striker. Paulo Dybala, meanwhile, operates in the same areas for Juventus as Messi does for Barcelona but is not as good.

That leaves Inter's Lautaro Martinez – who, like Kun, burst onto the scene locally, with Independiente's arch-rivals Racing Club – as the sole 'world-class' No.9 to emerge from Argentina in the last decade.

For the country which produced Mario Kempes, Gabriel Batistuta, Hernan Crespo, Diego Milito and other goalscoring superstars, the implications are troubling.

Worryingly, the issue is not confined to forwards. Ten years ago, a Clasico between Barcelona and Real Madrid boasted up to seven Argentines between the two Liga giants. Now, only Messi remains.

Inter's treble-winning team of 2009-10 was forged around the talents of Javier Zanetti, Esteban Cambiasso, Walter Samuel and Milito, but Antonio Conte's current Serie A leaders have Martinez as their sole Albiceleste representative.

Out of Europe's biggest clubs only PSG – with Angel Di Maria, Leandro Paredes and Icardi – maintain a sizeable Argentine contingent in their ranks.

And while there is hope that others might soon step up – Udinese duo Juan Musso and Rodrigo De Paul, Ajax defender Lisandro Martinez or the promising Stuttgart forward Nicolas Gonzalez, for example – it is a far cry from the days when the world clamoured for the nation's talent.

As ex-Argentina Under-20 coach Hugo Tocalli told the New York Times  after their 2007 World Cup win, Di Maria was immediately snapped up by Benfica. “When we landed, he got off our plane and onto the one that took him to Europe,” he said.

What, then, has happened to Argentina's famed production line of talent?

Theories for the slump abound: the demise of the mythical potrero,  the improvised games that moulded players on patches of wasteland; endemic instability at institutional level and ineffective governance from the much-derided AFA; the emergence of alternative markets, most notably in Mexico and the USA; difficulties in access for scouts; the dismantling of the nation's brilliant youth system put together by Tocalli and Jose Pekerman.

Perhaps most concerning, though, is the plain truth that prospects are just not appearing. A cursory look at the top teams in Argentina paints a bleak picture of the current drought of budding attacking stars.

Reigning champions Boca fielded 37-year-old Carlos Tevez and Colombian Sebastian Villa up front in their most recent clash against Independiente on Sunday, with Mauro Zarate, 34, coming off the bench in the second half.

River, at least, gave the promising Julian Alvarez a start on the right side of attack for their 0-0 draw against Racing, alongside veteran Matias Suarez and Villa's compatriot Rafael Borre.

Alvarez was the only Argentine U23 attacker to start for one of the 'big five' (Boca, River, Independiente, Racing and San Lorenzo) at the weekend, while the league's scoring charts feature just one man who meets those conditions amongst the top eight – Banfield midfielder Giuliano Galoppo.

One prevailing argument is that, with short-term thinking and the need for instant results so important in the disorganised, cash-strapped local game, few clubs have the time, resources or inclination to invest in a raw prospect and bring him through to the first team.

“The level [in Argentine football] is mediocre; it's a very physical game,” Independiente legend and 1978 World Cup winner Daniel Bertoni told La Nacion . “There are no big stars... The last special player Boca have is Tevez.

“The professors have gone, the teachers have gone. That's where it starts... with who is the teacher. The potrero is gone, there are no more potreros. And somehow, without the potreros, we have also lost the talent-makers.

“We used to have great teachers and they have disappeared. There are good coaches, but that doesn't mean they are great teachers. It is not the same.”

Some perspective is no doubt necessary. Talents like Aguero – who has a legitimate claim to the title of not just the greatest Argentine to set foot in the Premier League but also to be the division's finest-ever foreign import – do not emerge every year, or even every decade.

Similarly, any comparisons between the current crop of youngsters and the golden generation which emerged during and immediately before Argentina's back-to-back junior World Cup triumphs of 2005 and 2007 – Aguero, Messi, Di Maria, Mascherano, Gonzalo Higuain, Sergio Romero, Pablo Zabaleta, Fernando Gago, Ever Banega – is bound to be unfavourable.

The Albiceleste's latest hopefuls, led by combative Benevento loan star Adolfo Gaich, stormed to Panamerican Games gold and Olympic qualification in the last two years and will be among the favourites for the delayed Tokyo games.

With Messi and Aguero's time slowly coming to its end, though, the future for Argentina post-Qatar is less than optimistic. Fewer stars than ever are appearing on the biggest club stage, and that shows no sign of changing any time soon.

City will be able to replace their idol, but his nation will find the task a far tougher challenge as the steady flow of superstars which for decades has made the Albiceleste a force to be reckoned with has slowed to the faintest of drips.