As Manchester United’s epic penalty shootout against Villarreal went on, Ole Gunnar Solskjaer could be seen, a few feet behind his players and staff, pacing his technical area, .

The Norwegian rubbed his head as the tension continued to rise, penalty after penalty hitting the back of the net in Gdansk.

In reality, though, this was an evening that could, and possibly should, have had a different ending than David de Gea's saved spot-kick

It was instead another night where United’s shortcomings were exposed; their familiar failings both on and off the pitch rearing their heads once more on the biggest of stages.

“This is just a step on the road to bringing our Man United back,” Solskjaer said ahead of the Europa League final, as the Red Devils chased their first trophy in four years.

Based on Wednesday night’s viewing in Poland, it feels like that road is a very long one - and they are nowhere near the end of it.

In truth, United's was a performance that typified their season. 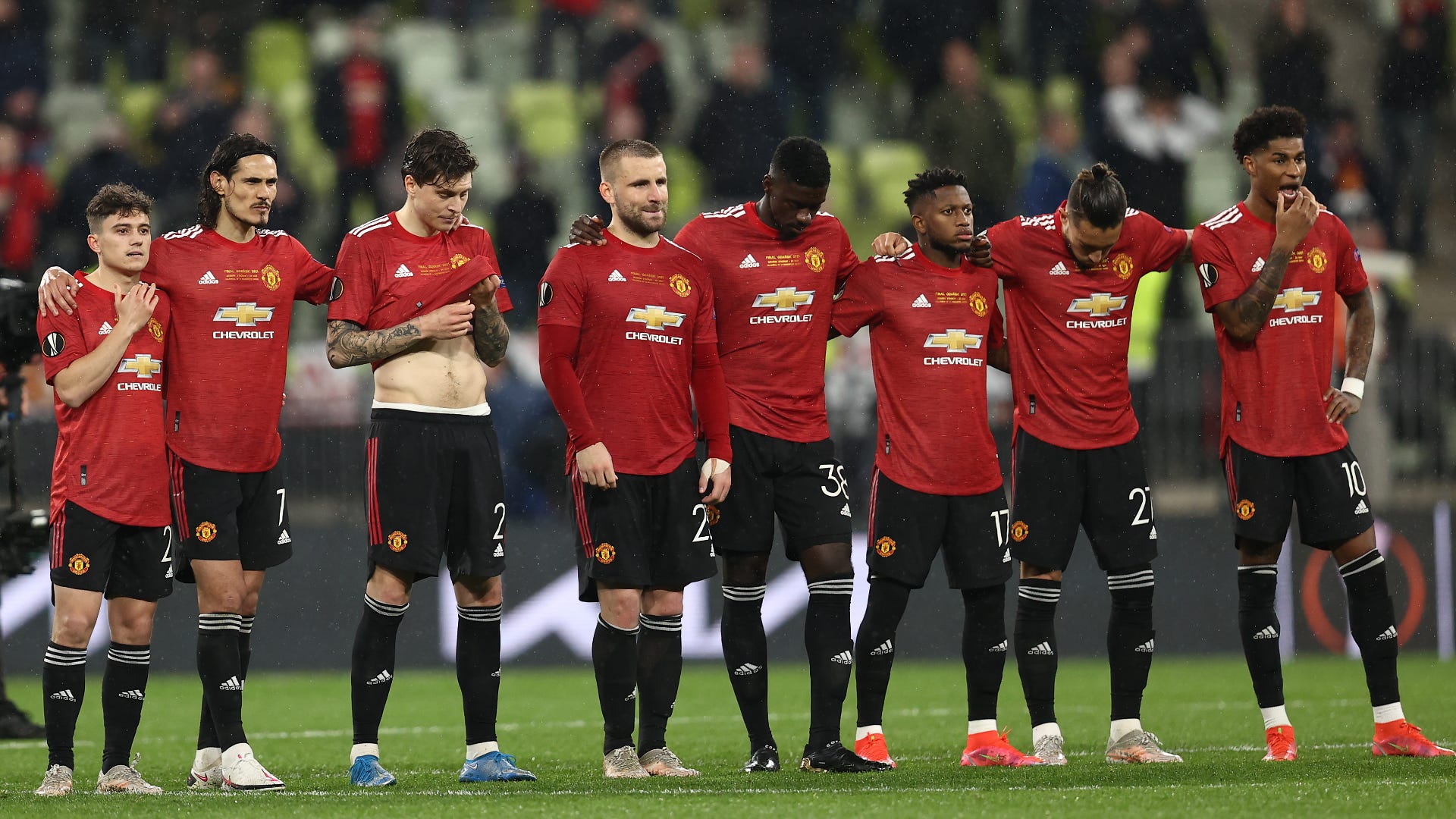 Solskjaer had gone all out attack with his starting line-up, with Mason Greenwood, Marcus Rashford and Edinson Cavani all in from the off, with Bruno Fernandes and Paul Pogba behind them to provide the bullets.

And yet with all that firepower and creativity, they lacked any kind of cutting edge or spark in the final third, while in the opening 45 minutes the desire to win was lacking from the whole team,

So much has been said about the need for a first trophy under Solskjaer, and how it could be the catalyst to push United onto bigger and better things once they get the taste for lifting silverware.

To be blunt, though, had they emerged victorious from this penalty shootout, it would not have solved the majority of their issues.

The first to rear its head was their struggle in defending set-pieces, as Gerrard Moreno slipped away from Luke Shaw before outmuscling Victor Lindelof to turn a searching free-kick past De Gea from close range.

We will never know if things had been different were Harry Maguire on the pitch, but a failure to deal with balls into the box has been a theme of the campaign even when the captain was fit. 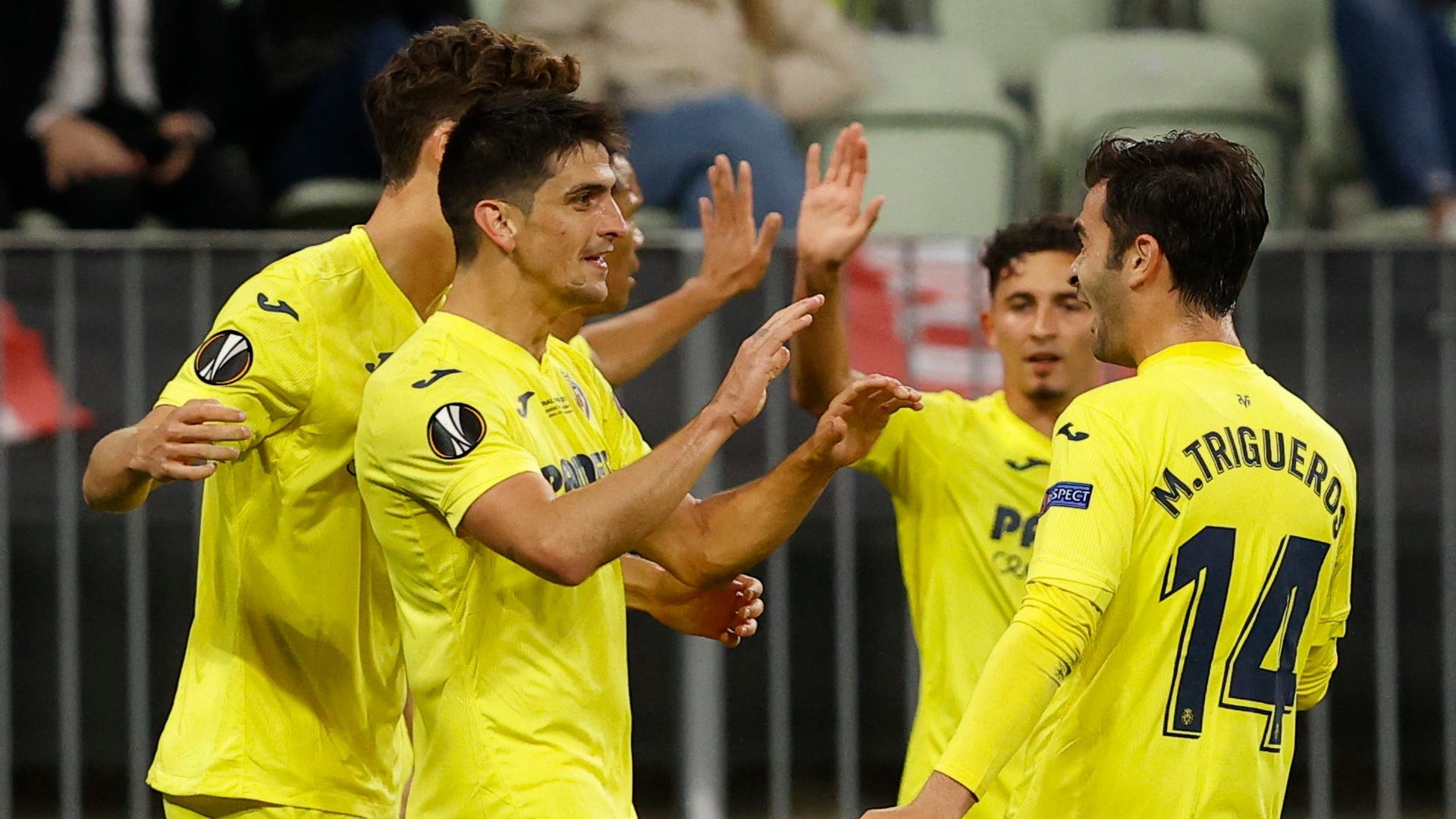 Then there was the lack of a plan B from Solskjaer.

Unai Emery is the Europa League master, and he played his hand to perfection to  become the first manager to win the the competition four times. His side were well organised, and though they lacked ambition, they frustrated United throughout.

Could Solskjaer, though, have changed it? Rashford was clearly having an off-day as injuries continue to niggle away at the England forward, but there was a reluctance from the bench to make any alterations.

With Edinson Cavani having smuggled in an equaliser early in the second half, the stage was set for United to kick on, but only really Mason Greenwood and Scott McTominay showed any kind of drive to find a winning goal.

In what felt like deja-vu from last season's Europa League semi-final defeat at the hands of Sevilla, Solskjer steadfastly refused to turn to his bench.

Despite trailling in Cologne, he waited until the 87th minute to introduce a bemused looking Timothy Fosu-Mensah, Juan Mata and Daniel James.

Here, it was not until the 100th minute that the brought on reinforcements, as he again struggled to find a game-changer among his substitutes having started all of his main attacking superstars.

When Solskjaer did eventually make his changes, they proved to be baffling. 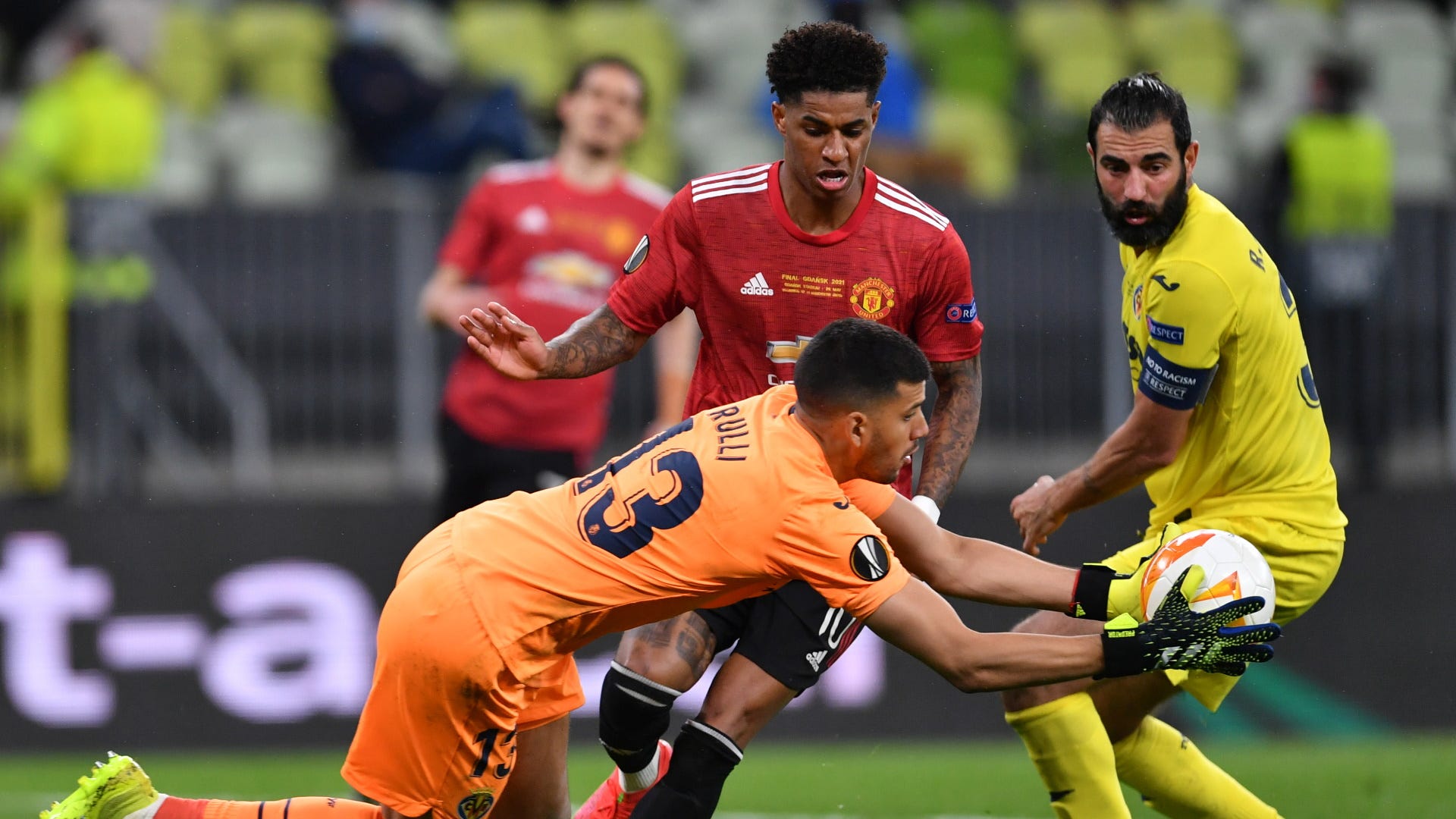 Greenwood, one of United’s best players, made way for Fred, while it bordered on the ridiculous that a clearly out-of-sorts Rashford lasted the full 120 minutes, even if he did score in the shootout.

Across Manchester, Pep Guardiola has a squad that could potentially field two teams that would challenge for a top-four finish in the Premier League. That is the gap United must bridge, and that was shown up on Wednesday.

Solskjaer's final changes saw him throw on Mata and Alex Telles - two experienced penalty takers - for the shootout, but there seemed to be no thought of replacing De Gea, who has not saved a spot-kick since 2015.

As it was, he barely got near any of Villarreal's 11 successful efforts in what could prove to be his final game for the club. Given some of his match-winning contributions down the years, it would be a shame if his final action was missing the decisive shot here.

The whole affair leaves a bitter taste heading into the summer after another season of progress. The 2,000 United fans that spent hundreds of pounds to be here and face a period of isolation when they return to England deserved a better performance.

Late on they could be heard chanting, 'attack, attack, attack', clearly hopefuly that on the anniversary of Solskjaer's most famous night in a United shirt, and on Sir Matt Busby's birthday, that their team could take the first step back towards the glory days.

Instead all they saw was a United team that refuses to learn its lessons.