Robertson vs Tsimikas: Why Liverpool's left-back battle is a happy headache for Klopp 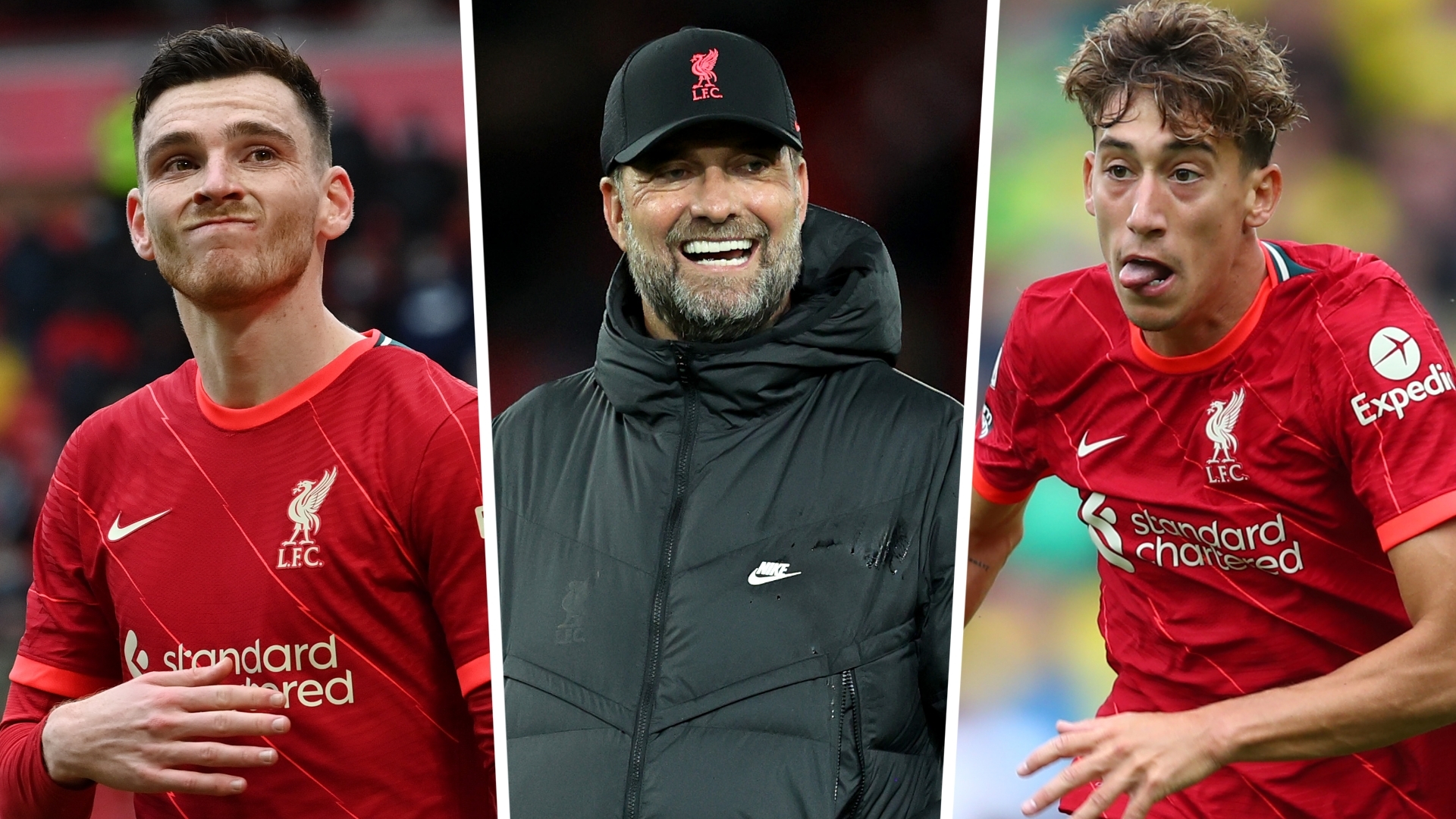 The Reds' 'Greek Scouser' has emerged as a high-quality deputy this season, and will be needed more than ever in the coming weeks

“What I don’t like about this kind of question...” said Jurgen Klopp, and you knew exactly where he was heading.

He had been asked about Kostas Tsimikas, and specifically whether the Greece international was now “pushing” Andy Robertson for a starting spot at Liverpool.

“What does it mean, ‘to push’?” Klopp replied, looking less than amused. “He already pushed. He is doing that.

“But Andy Robertson is probably the best left-back in the world, so that makes it really tricky!”

Klopp, we know, really doesn’t like it when his players are pitched against one another.

He fumed last season, you might remember, when Diogo Jota scored a hat-trick against Atalanta and he was asked, post-match, what that might mean for Roberto Firmino, who had been left out of the side.

“The world is sometimes a bad place,” Klopp said in Bergamo. “Because in the moment when someone is shining, we have to speak immediately about another player and I have to explain why he is not in the team.

“It is important we have more than 11, and good performances never give me a headache.”

He’s right, of course. Competition for places is never a bad thing, and especially at a club like Liverpool, where squad depth has been a hot topic for longer than most would care to remember.

After a difficult first year, Tsimikas is certainly starting to make his mark at Anfield.

Saturday’s win over Arsenal was his ninth appearance of the campaign, and his seventh start. Liverpool, remarkably, are yet to concede a goal while the 25-year-old has been on the field this season.

Not so long ago, the idea of Robertson being absent for any length of time would have terrified Reds fans, but with the Scotland captain nursing a tight hamstring picked up during the most recent round of international fixtures, Klopp knew he would be able to call upon a proper deputy against Arsenal.

Tsimikas slotted straight in, and Liverpool looked as good against the Gunners as they have all season. Their 4-0 win could, and should, have been even more comprehensive.

That’s no slight on Robertson, who has been one of the Reds’ outstanding and most consistent performers during the past four years.

Rather, it is a sign of how Liverpool are growing and evolving under Klopp. The days of James Milner filling in at left-back for an entire campaign are long gone.

“Kostas obviously has a lot of quality,” Klopp said recently. “And it’s good that we have the option that we can give Robbo a rest in moments, even when he doesn’t like it and doesn’t need it, in his understanding.”

With games coming thick and fast – there will be nine in December alone – Liverpool will need to manage their squad carefully in the coming weeks. Rotation will be key.

Robertson played all 38 of Liverpool’s Premier League matches last season, his presence vital as the Reds’ defence was decimated by injuries. Meanwhile Tsimikas, through a combination of illness, injury and circumstance, managed just six minutes of league action.

But with a more familiar look to the backline this time around, and with the former Olympiakos man now fully settled on Merseyside, Klopp knows he is able to chop and change with confidence.

Robertson remains first-choice, and rightly so given his body of work at Anfield, but Klopp knows his side loses nothing in terms of energy, playing style and, in particular, delivery from wide areas if Tsimikas is selected.

"He had a long time, what he needed, to adapt to all the things we do, but this process is done now. He is obviously a really good football player and we are really happy to have him.”

Liverpool fans would certainly agree. They waited years to find a left-back they could trust, enjoy and rely upon, and now they have two.

If that’s a headache, then it's a happy one.

Klopp, one suspects, would like a few more of those...