The United States' World Cup-winning winger certainly grabbed a lot of headlines in 2019, but shouldn't awards voting be based on more?

When Megan Rapinoe was crowned winner of the Ballon d’Or Feminin on Monday night, there were few people shocked.

That’s not because she was by far the best player of 2019, but rather the best at the biggest event of 2019 – the Women’s World Cup.

Despite not playing a single game for her club, Reign FC, before leading the United States to its second successive triumph on the world stage – scoring six goals and providing three assists in just five games – Rapinoe’s performances on the big stage were enough for the prestigious award.

It was a result that highlighted a key issue in the game: visibility.

The Women’s Champions League is the biggest competition in club football outside the U.S. - but how do you watch it?

The answer is far from straightforward and certainly part of the reason why someone like Wolfsburg’s Pernille Harder, who top scored in the competition last year, found herself way down in 14th in the final rankings for Monday’s prize.

The Women’s World Cup had visibility – but not many other competitions in the game do.

Visa is among the many trying to change that having signed a deal with UEFA to be its main sponsor in women's football until 2025.

At the Team Visa Summit, 16 of Europe’s top female football players came together at Visa’s European Headquarters to discuss the future of the game.

One of them was Eugenie Le Sommer, a treble winner last season with Lyon who was very unlucky to miss out on the Ballon d’Or shortlist.

“UEFA spoke about asking players what they want to improve and what we think, to help them to be better,” she told Goal. “We discussed some [ideas]. We spoke about the pitch. We need to have a good pitch with a good stadium with some people inside.

“When I watch a game, even if it’s my league, if it’s a bad pitch, bad stadium, I will change [the channel]. To keep people watching, we need to have a good environment. This is important.”

Part of that is making those games more attractive for fans to attend and watch.

“The next round? Wow,” she says, referring to the quarter-finals of the Champions League which will take place in March – Lyon’s clash with Bayern Munich is one of four very enticing ties.

“Before that, it’s like, how many goals will we score, you know?”

In Lyon’s round of 32 tie this season, they played Ryazan of Russia. They won 9-0 in the first leg, with it being no surprise that Le Sommer is struggling to remember if it was 6-0 or 7-0 in the second leg. It was a forgettable tie.

“I prefer to play against a big team,” she said. “Even if it’s harder and we can lose. I prefer the feeling before the game, the adrenalin.

“UEFA has to work on the competition to have maybe a third team from England, France, Sweden, Spain, Germany directly qualify.”

It’s something her fellow professionals agree with.

“All of us want to have more of the top teams [in the competition],” Kosovare Asllani, another Ballon d’Or nominee and Team Visa athlete, said.

“More teams from England, France, instead of just two teams from the top leagues. We want to increase that part.

These are things taken for granted in the men’s game.

How about group stages? “Yes, why not? I like it with the men’s,” Le Sommer added.

“We need to try another way and to have more competitive games because now it’s… it’s not boring, but for me, Champions League, it’s ‘wow’.

“We need to play big games. I understand also that the first round is easier, but some teams need to qualify before that.” 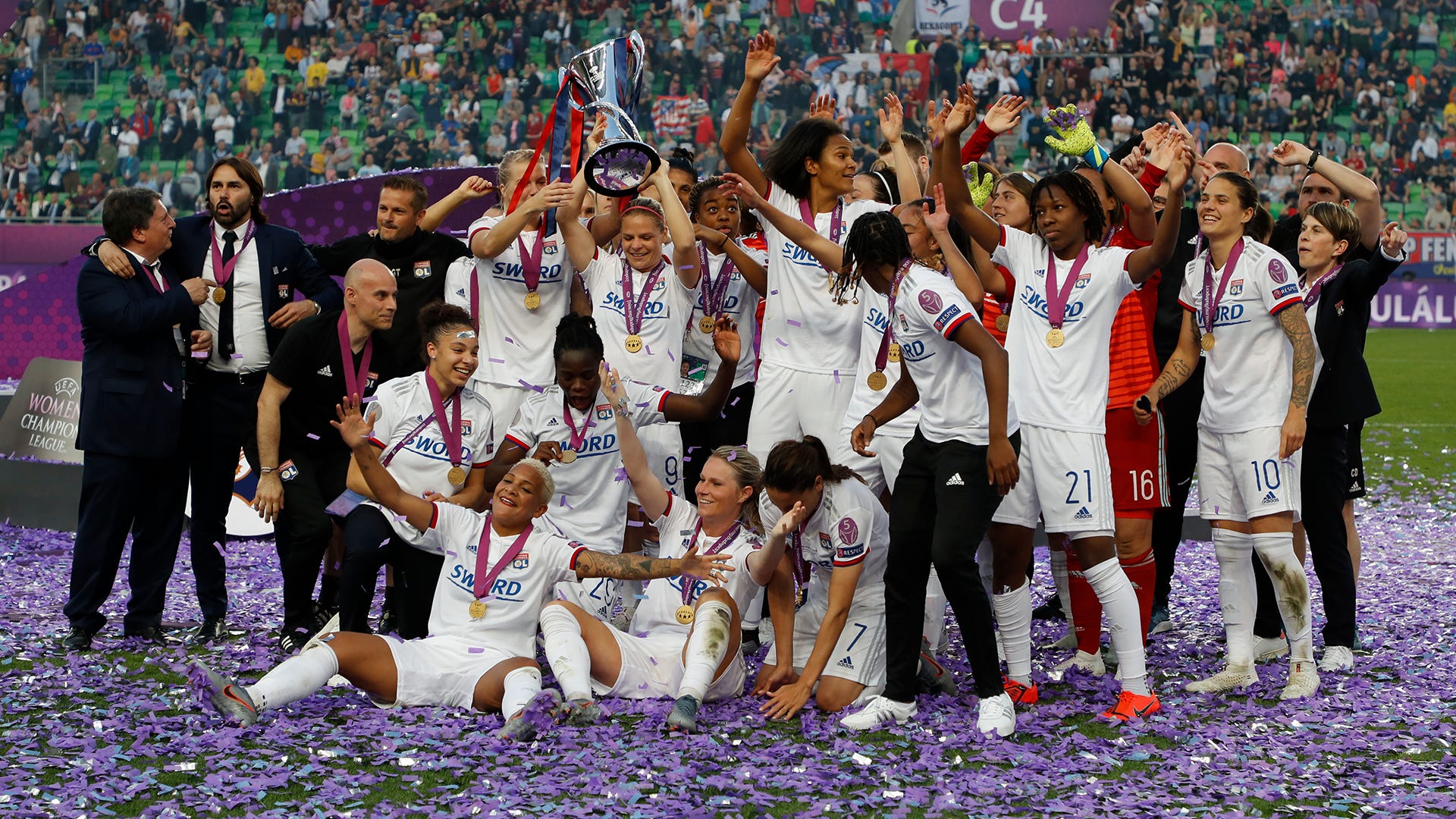 When people are looking at the results of Lyon – and others – from afar, it’s easy for them to cast a quick judgment that the level at which they compete isn’t good enough to win an award like the Ballon d’Or.

Whereas, when people can watch every minute of the World Cup, they can see that the level these players are playing at is much better than the scoreline may suggest.

Alex Morgan placed third on this year’s Ballon d’Or list. She won the World Cup with the United States, scoring six goals and providing three assists – the majority of those coming in the 13-0 win over Thailand in the group stages.

What’s the difference between that and what Lyon’s treble-winning players did in 2018-19? It’s important that people see more of these players than just their performances at the big events, or their final results on paper.

“The positive is that the interest is there,” Adrian Farina, Visa’s European Head of Marketing, said when asked what the company have taken from the World Cup, which the company also sponsored.

“It’s just that we have not made it easy for that interest to find [its audience] and get across. There was a lot of visibility and if you read the audience numbers, they were impressive.

“But for us, the most important thing is what happened as of July 8, the day after the World Cup final. The interest is there, but we can’t have it just for one event every now and then.

“We are trying to fill a little bit of that gap so that there’s more content and more opportunities for people to engage with the football.

“There are very good games going on during the season, but if you are the casual fan, there’s nowhere to find that. That’s where we’re trying to help.”

Visa can't work miracles. Awards and lists deciding the best players in the world will always have their flaws – the men’s nominees, results and votes for this year’s Ballon d’Or raised plenty of questions as well.

That is bound to happen in a game of opinions, but those opinions are better when they are well-informed.