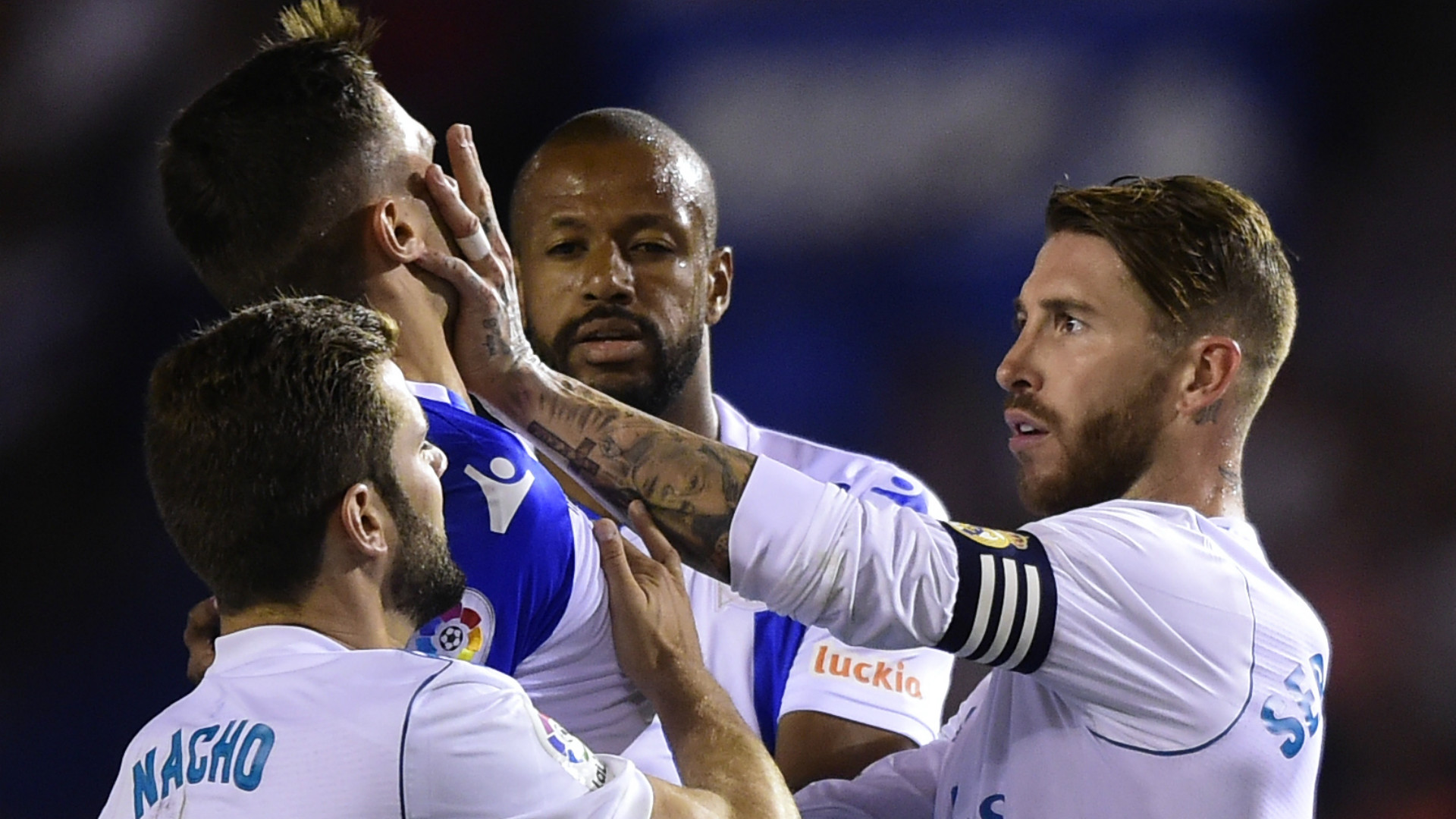 The Real Madrid defender was sent off in injury time as his side defeated Deportivo La Coruna 3-0 on Sunday, equalling a previous milestone

The central defender, famed for his hard-hitting style of play, was sent off in the closing stages of the game after collecting a second yellow card.

Having caught Borja Valle with an arm during an aerial duel, the referee brandished the red card, the 18th Ramos has seen in La Liga.

The 31-year-old subsequently equals Xavi Aguado, formerly of Real Zaragoza, and Pablo Alfaro, also a Zaragoza alum, as the player with the most dismissals in the division's history.

Real otherwise enjoyed a smooth evening as they began their title defence, with Gareth Bale, Casemiro and Toni Kroos all on the scoresheet for Zinedine Zidane's men.

Galacticos 9/2 with dabblebet to win CL

Casemiro's goal marked another milestone, the midfielder firing home after a move involving 44 passes - the most before a goal in La Liga since the 2006-07 season.