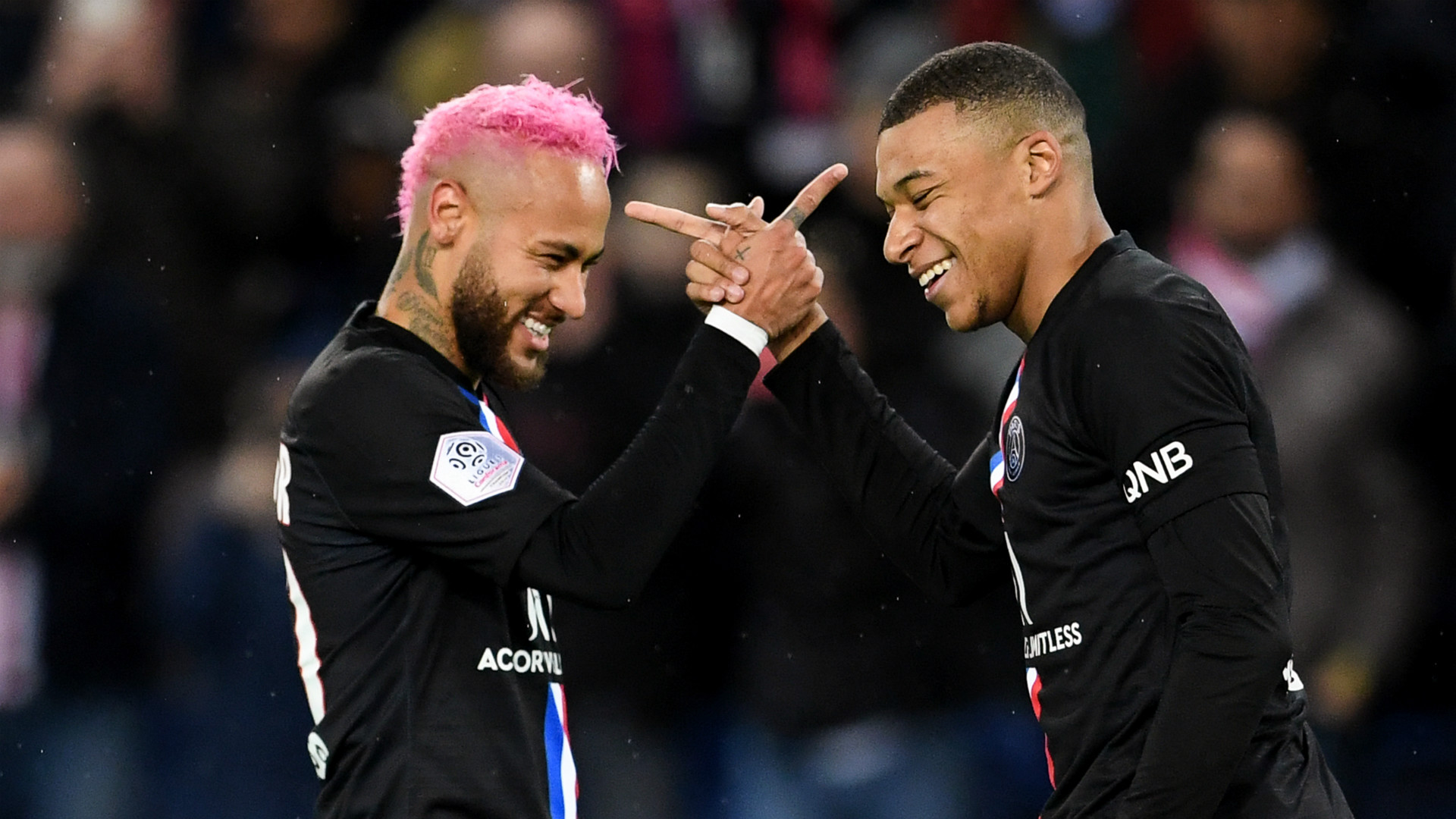 Kylian Mbappe's relationship with Neymar at Paris Saint-Germain could end up having a detrimental effect on his career, according to Emmanuel Petit.

Mbappe has enjoyed a meteoric rise to prominence since bursting onto the scene as a teenager with Monaco in 2016.

The Frenchman helped the club win their first Ligue 1 crown in 17 years and also played a key role in their run to the Champions League semi-finals, before completing a loan move to PSG in the summer of 2017.

The mercurial forward's switch to Parc des Princes was made permanent a year later in a deal reportedly worth €180 million (£156m/$196m), and he has since taken his game to the next level.

Mbappe has already won five major trophies during his time at PSG, scoring 49 goals in 72 appearances across all competitions.

An incredible 30 of those efforts have come this season, with Thomas Tuchel's men currently on a path towards a clean sweep of domestic and European honours.

Petit has credited Mbappe for showing "great maturity" over the last couple of years while improving his all-round game, but would like to see his compatriot distance himself from Neymar, who he sees as a negative influence behind the scenes.

The ex-France international also warned Mbappe against putting undue pressure on himself to win the Ballon d'Or, describing his attempts to "force things" on the pitch as a source of irritation.

"He had an exorbitant transfer fee to live up to at a club populated by stars. He had to take it all on and off the pitch. In his stats, he also progressed. He has shown great maturity in many areas.

"Despite everything, he tends to annoy me more and more ... he forces things too much ... he tries to force it and makes the wrong decision. He is annoying even to his own team-mates.

"We forget that he is young. He has already proven great things, but we always ask for more. What he does is incredible, he has a bright future ahead of him. But putting pressure on himself because he wants to win a Ballon d'Or is annoying.

"He has to be careful with his behaviour. Too much ‘Neymar-izing’ could turn against him."