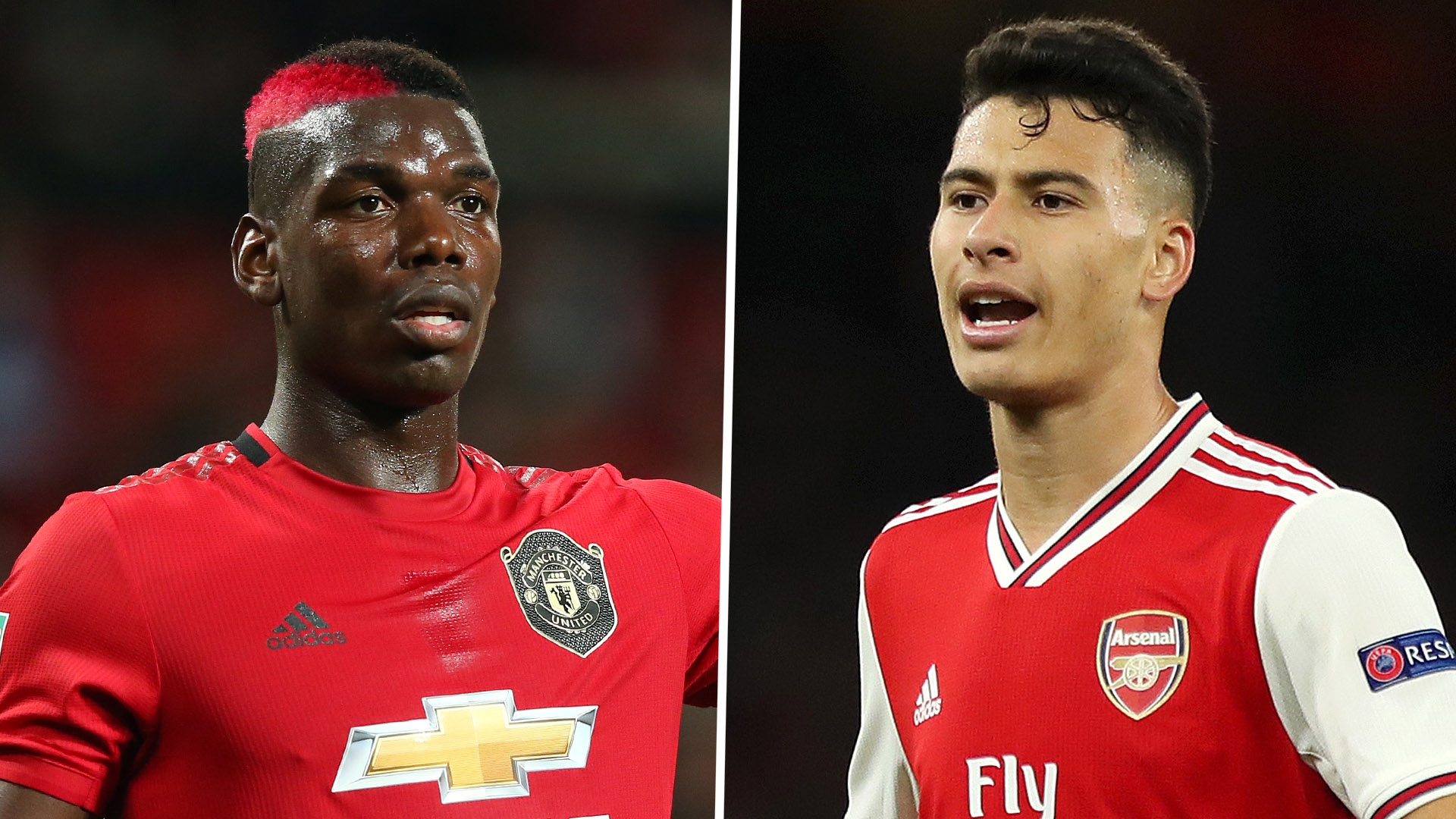 Arsenal teen sensation Gabriel Martinelli has spoken of the trips he made to train with Manchester United and his interactions with players such as Paul Pogba before joining the Gunners.

Previously a relative unknown, Martinelli was plucked from his native Brazil as Arsenal forked out £6 million ($8m) to sign him from Ituano in July.

The 18-year-old has made great strides since his arrival in north London, scoring eight goals in all competitions for the Gunners, with Jadon Sancho the only teenager in Europe's top five leagues to have contributed more goals in 2019-20 thus far.

Martinelli, though, had previously spent time at United's Carrington training ground, and revealed that he spoke briefly with Pogba during one of his trips from South America.

"There was a project between Ituano and Manchester United, and they always took a player. And I always came for these trips,” he told DAZN.

“I could neither speak English nor French, but he [Pogba] said ‘tudo bem’ (a common Portuguese greeting) and took the picture with me nicely, he was super humble.

"Those training days were super important for me to adapt to the style of play, the players and how fast the game is here.”

Martinell's arrival at Arsenal came as something of a surprise given his low profile, particularly with the likes of Wilfried Zaha, Nicolas Pepe and Kieran Tierney being targeted by then-manager Unai Emery.

And the player himself admits that he wasted no time in agreeing to join the beaten Europa League finalists despite there being other offers on the table.

"I remember we played against Guarani, we won 2-1, and my agent called me. He said ‘you have to decide, so what?’. Then he said it was Arsenal. Then you think, one of the best clubs in Europe. I said yes, I couldn’t refuse.

"There were some approaches, but Arsenal came in strong, and I made the right choice to be here."

Despite being born in Sao Paulo and having represented Brazil at Under-23 level, Martinelli is also eligible to represent Italy at international level through his father.

As reported by Goal in October, the Italian Football Federation (FIGC) is attempting to convince the youngster to switch his allegiance to the Azzurri as Roberto Mancini looks to add further young talent to his ranks.

But Martinelli - who spent time training with Brazil's squad ahead of the 2019 Copa America - insists he is yet to make a decision on his international future, though he suggested that it would be a "dream" to represent the country of his birth.

"I’m Brazilian, of course everyone wants to play with that yellow shirt, listen to their people singing. But I can play for Italy too.

"I have nothing decided. Of course I want to play for Brazil, but I haven’t defined it yet. It can be one or the other."

Martinelli is likely to be in action on Saturday as Arsenal travel to Goodison Park to face Everton, with the Gunners set to appoint Mikel Arteta as Emery's permanent replacement ahead of the clash.