Ozil a mercenary for Arsenal pay-cut refusal? That couldn't be further from the truth 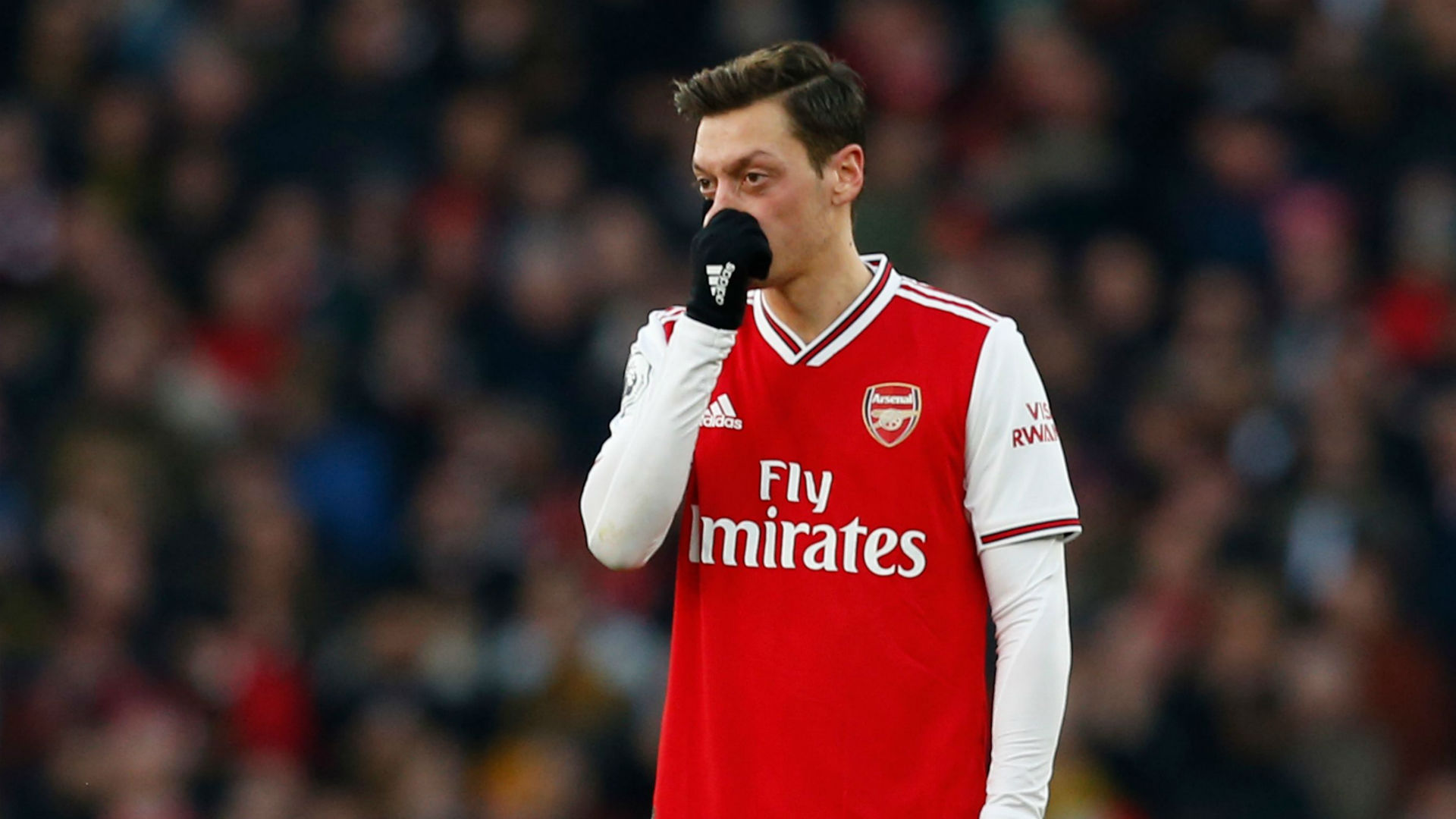 Those were the words of Piers Morgan on Tuesday morning as he let fly at Mesut Ozil in front of millions of viewers on Good Morning Britain.

And Morgan has not been alone in his criticism of Arsenal’s highest-earning player, who is one of a select few in Mikel Arteta’s squad not to have agreed to the 12.5 per cent wage cut that was announced on Monday, a wage cut which will last a year and begin at the end of the month.

Not for the first time since he arrived at Arsenal, Ozil now finds himself as the whipping boy. But this time it is not his football that is being criticised. He is not being lambasted for a failure to track back or for his body language - he is being widely accused of being greedy, for not caring about his club or his team-mates.

Morgan’s early morning rant continued: “I’ve reserved my condemnations for football clubs who have been furloughing, using taxpayers' money when they have plenty themselves. The players I thought were getting a bad rap - but this is why some of them deserve a bad rap.

Harsh words indeed, which is perhaps not surprising considering where they were coming from, and there will be plenty who think that Morgan was right to single out the Gunners' playmaker. But it all feels a bit wrong.

Yes, Ozil is the highest earner at Arsenal, but we do not know what financial commitments he is covering or what sort of shape his other business interests are in during these incredibly difficult and unprecedented times.

And it has to be noted that he is not the only Arsenal player who has rejected these cuts. There are others, it is just that their names are not out there in the public domain at the moment.

In fact, given Arsenal are one of only a handful of clubs to have announced a widespread agreement of pay cuts, there are hundreds of Premier League players across the country - some of which earn more than Ozil - who also have not agreed yet to waive any of their wages. Yet it is Arsenal’s No.10 who is now being painted as the poster boy for all that is wrong with football.

And it’s not as simple as saying Ozil is not going to take a pay cut either, because that is not the case.

Sources have confirmed to Goal that talks are continuing with the players who have not given their full backing to the 12.5% cuts, and that there is a feeling that they may - once certain questions are answered - fall into line with the rest of the squad. No-one has rejected the proposal out of hand - they just want to know more about how the saved money will be used and the financial pressures Arsenal are facing.

It is easy to look at the headlines that are being generated at the moment and the sound bites that are being spouted by some and just paint Ozil as a typical modern-day football mercenary. But that could not be further from the truth.

There are few who will have done as much for charities and the underprivileged over the years as Ozil. The work he does with organisations such as the UK-based Rays of Sunshine charity, of which he is an ambassador, is vast. He may be an extremely wealthy individual, but he puts a lot of that money to good use.

The pair also asked guests at their wedding to donate to a charity which funds operations for children in developing countries who suffer from burns, club feet and cleft lip and palate. Ozil’s executive box at the Emirates Stadium is often full of guests and children who have been specially invited through the player’s links with his various charitable partners.

These gestures - of which there are far more that do not get publicised - may not have anything to do with the current situation at Arsenal, but they show Ozil is not a player who is purely motivated by his bank balance.

He is man with firm convictions, and when he believes in something he will say so. We have seen it with his stance on China last year when he publicly hit out at the alleged widespread mistreatment of Uighur Muslims.

Arsenal immediately distanced itself from Ozil’s comments while the Chinese Football Association labelled his comments as unacceptable. Ozil was removed from the Chinese versions of FIFA and the Pro Evolution Soccer 2020 video games. Arsenal’s match against Manchester City in December was even removed from the live television schedule in China as the fall-out deepened.

Ozil’s comments turned into a major political storm and ultimately he was left isolated - even by his club - but he did not backtrack. He did not delete his social media post or apologise. He stood by what he said and that’s the type of character he is.

Clearly, for Arsenal it would be better if in a few days - or even weeks - he follows suit with the majority of his team-mates and agrees to the wage cut proposal, which will remain on the table.

Financially the club is facing one of the most challenging periods in its history, with key revenue streams having dried up and refunds needing to be paid out to fans who have already paid for match tickets which will now be played behind closed doors, if at all.

Ozil agreeing to waive 12.5% of his £350,000 ($430k) per-week salary will not make or break Arsenal. It will, however, certainly help out during the incredibly difficult months that lie ahead. But whether he does or not is ultimately up to him.

Just because other players have done so, players who will have completely different financial commitments, does not mean he has to. Arsenal have a multi-billionaire owner whose wife has a fortune that dwarves even his own.

If Ozil wants to ask a few more questions about where his money might be going in the coming months before committing to anything, then that is down to him.