One year from arrival, Beckham's MLS team preparing to launch 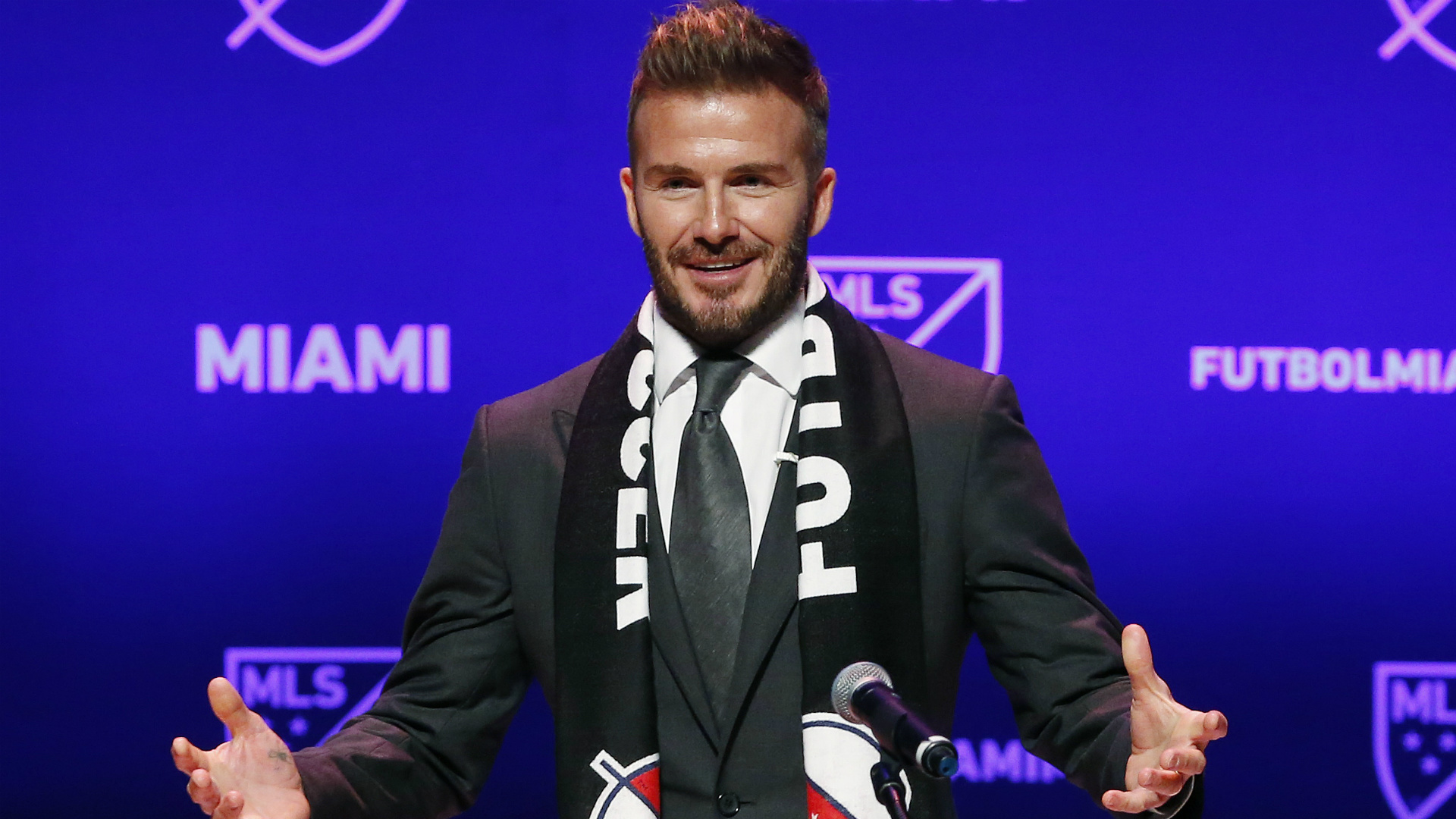 The countdown is down to one year, and the pieces are being put in place for Inter Miami to succeed immediately

When David Beckham took a moment to commemorate the one-year anniversary of Major League Soccer's formal announcement that his Miami expansion team would be officially joining the league, it also served as a reminder that Inter Miami CF is now just a year away from arrival.

Inter Miami doesn't have any players signed yet, or a head coach, or even a temporary home, but the expansion team has already begun the process of laying the foundation for what team leadership is hoping can be another wildly successful expansion side in the mold of reigning MLS champion Atlanta United.

"Atlanta set the bar because Atlanta showed what can be done," Inter Miami sporting director Paul McDonough told Goal. "It's very hard to achieve, but it's something to strive for, and I believe we have the group to be successful right away."

Few people know about Atlanta's success more than McDonough, who was a key figure in helping build Atlanta United's roster as the team's vice president of soccer operations. McDonough has managed two MLS expansion projects before, both Atlanta United and Orlando City, giving him a unique perspective in what can go right, and what can go wrong, when launching a new MLS team.

"One thing I’ve learned is it’s all about ownership, and if you have a good ownership group and they’re resourced and have a good plan, you can be successful," McDonough said. "I feel really good about our ownership group. We have a lot of work to do, but having those guys behind us makes you feel good."

Beckham's business partners in the Inter Miami project boast strong roots in Miami, with brothers Jorge and Jose Mas helping the team move closer to the completion of a stadium. The stadium project received a major boost in November when it won a public vote to secure the land where the stadium will be built near the Miami Airport. The new stadium is being targeted for a mid-2021 opening, leaving Inter Miami to find a temporary home for its inaugural 2020 season, and part of the 2021 campaign.

Though the team isn't planning on hiring a head coach until the summer, the front office structure has been put in place, with McDonough hiring former Seattle Sounders and LA Galaxy scout Kurt Schmid and former Orlando City general manager Niki Budalic to head up player personnel. On Tuesday, Miami announced the hiring of former Real Salt Lake, New York City FC and Orlando City head coach Jason Kreis to the staff as well. Schmid (with Seattle in 2017), McDonough (Atlanta in 2018) and Kreis (Real Salt Lake in 2009) all have experience with MLS Cup-winning teams.

Another member of Miami's expansion group with MLS Cup-winning experience is Beckham, who won three titles with the LA Galaxy, and who has become the figurehead of the expansion team, helping it stay afloat even after multiple setbacks in the group's quest to find a location for a soccer stadium.

"I think his experiences and global reach allows us to have access to people and players we may not otherwise have access to," McDonough said. "He’s involved, and he’s always involved and thinking about everything, from a training ground to players."

Beckham's involvement has helped bring plenty of attention to the expansion project, as evidenced by his recent social media post, which generated a memorable response from French World Cup winner Antoine Griezmann.

One year in and the dream is coming to life. ⚽️ @intermiamicf #InterMiamiCF

Though Griezmann's note to Beckham may have been light-hearted and not meant as a sign Griezmann is coming to MLS, there is no mistaking the allure Miami will have for international players eager to play in the United States.

With a stadium project set for a 2021 opening, an ownership group with deep pockets,and a market with the ability to attract big-name players, Inter Miami has all the elements to be a strong team from year one, but the big question will be whether Inter Miami can find success in a market where pro sports teams have struggled to grab a foothold. It was a similar question asked of Atlanta United, which was able to shatter the myth that Atlanta couldn't provide strong support for a pro sports team.

"If we do a good job and have a good team we’ll be supported really well," McDonough told Goal. "I think it always comes down to, and in Atlanta it came down to this, the team was so good and everyone wants to see a good team.

"I think Miami is no different, and I think it’s a little bit more knowledgeable fan base so we’re going to have to do a good job," McDonough added. "They’re going to know what’s authentic and what’s not. If we can be authentic and put a good team on the field that plays an attractive brand, the fans will support it."