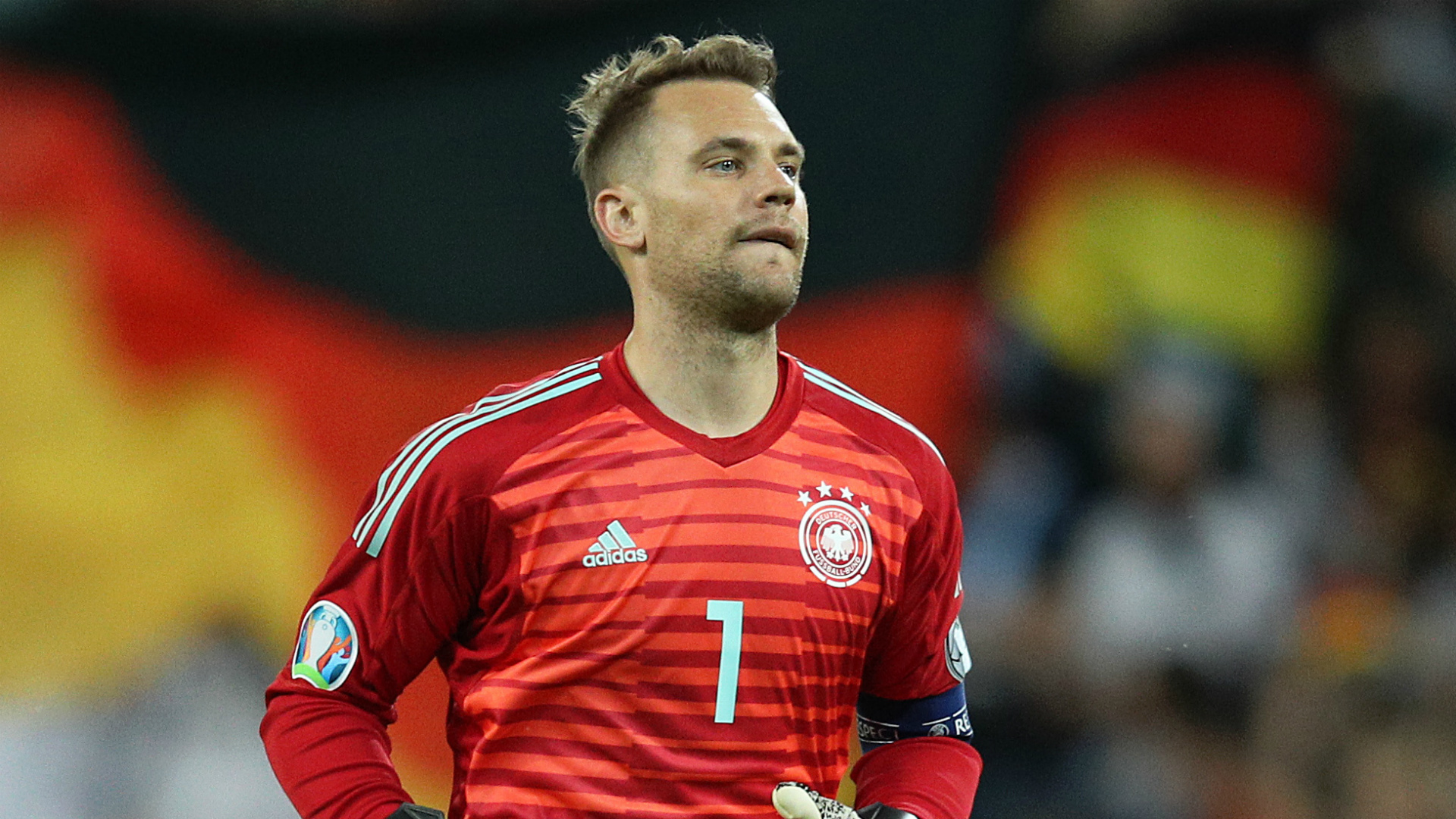 Manuel Neuer has broken Germany's clean sheet record after their 8-0 win over Estonia in Euro 2020 qualifying on Tuesday.

The 33-year-old avoided conceding in a game for the 37th time in the 88th game of his international career, overtaking World Cup and three-time European Cup winner Sepp Maier, who set the previous best in 1979.

With all the action taking place in front of Estonia's goal - Germany had 27 shots in total - Neuer was having a quiet game. Estonia managed four shots in the game, forcing the German shot stopper into just two saves.

Having followed up Saturday's 2-0 win over Belarus with a more impressive scoreline, Neuer is happy with the progress the team have made since crashing out of the group stage of last year's World Cup.

"I am very satisfied, we can be proud of what we have shown in the last two internationals," the Bayern Munich star said on Tuesday. "The early goal was important and then you saw that the opponent was not so strong.

"We improved and played a great game against Netherlands, even though we were lucky in the end to win. We want to continue to work and learn a lot in order to bring a good team to the pitch in the summer of 2020.

"Of course there is always talk in football, we are a footballing country and everyone has their opinion, but that must not disturb us in our work. A healthy competition is always important."

While Germany have a perfect record after three games, they are second in Group C and three points behind Northern Ireland, who have played one more game.

Joachim Low's team are back in action in September when they host Netherlands, who they beat 3-2 in March.