MLS playoffs: Schedule, dates & teams in the race for the MLS Cup 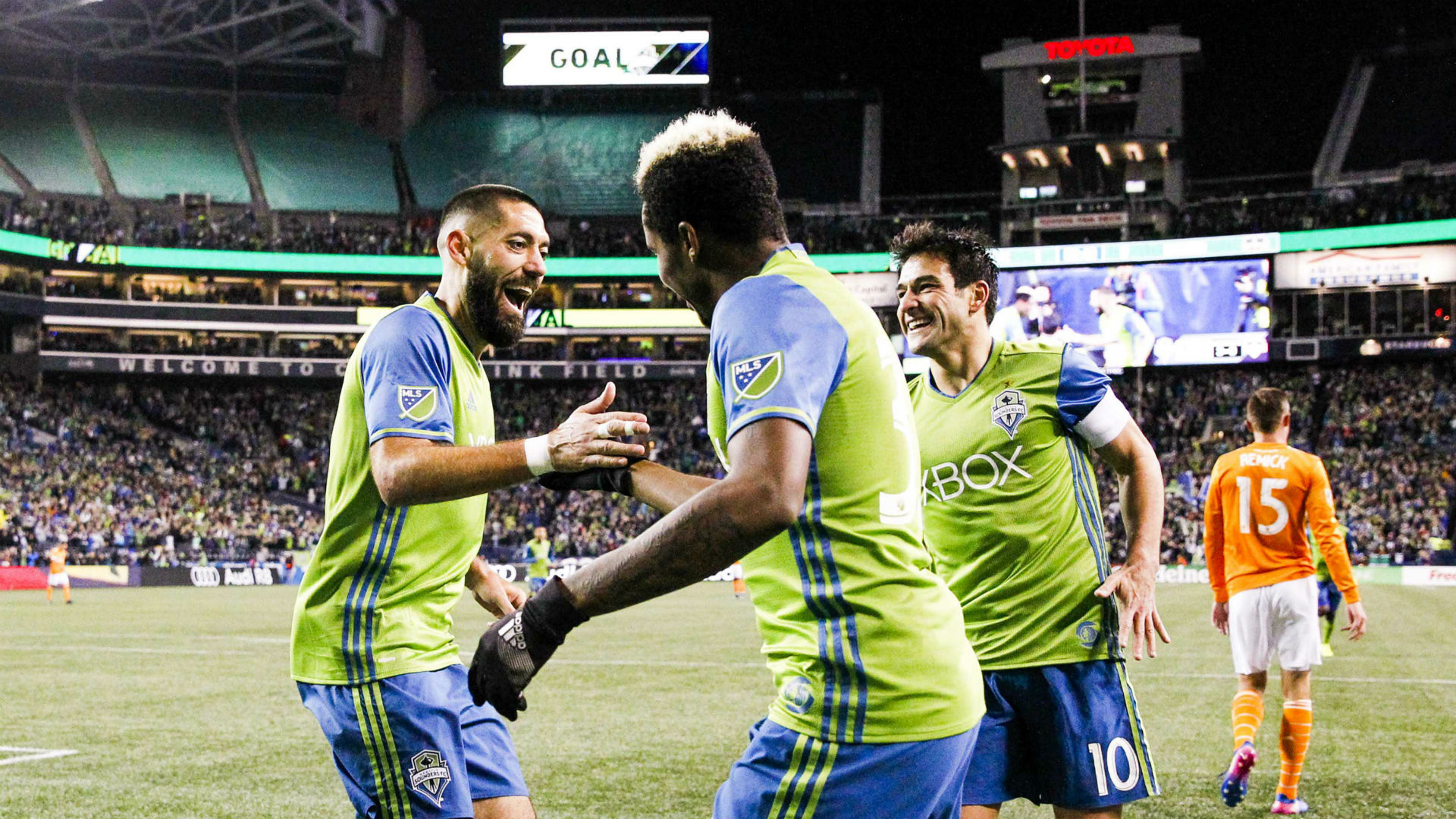 The MLS regular season has drawn to a close and the playoffs are underway.

North American soccer's most exciting time of year promises to be as entertaining as ever this season, with the likes of Sebastian Giovinco and Clint Dempsey locking horns for the MLS Cup.

Goal has your complete guide to this year's MLS postseason.

WHEN ARE THE MLS PLAYOFFS?

The MLS Cup playoffs began with knockout-round ties on Wednesday, Oct. 25, and Thursday, Oct. 26. They conclude with the MLS Cup final on Saturday, Dec. 9.

The full playoff schedule is reproduced below.

WHICH TEAMS ARE IN THE MLS PLAYOFFS?

Toronto FC won the Supporters' Shield and was the first team to confirm its place in the postseason, as well as a bye through the knockout round. The Reds then faced the New York Red Bulls after Jesse Marsch's side defeated the Chicago Fire .

TFC ultimately advanced to the Eastern Conference final on away goals after a 2-2 aggregate draw with the Red Bulls before seeing off the Columbus Crew to return to the MLS Cup final.

New York City FC joined TFC in going straight to the conference semifinals by claiming second place and took on the Crew , who used a shootout victory to bounce Atlanta United . The Crew then managed to upset Patrick Vieira's side, cruising in the series opener before holding off a furious comeback in the second leg to triumph 4-3 on aggregate.

In the Western Conference, the Vancouver Whitecaps were the first team to secure their place in the playoffs but later slipped down to third, missing out on a bye. It mattered not, as Carl Robinson's team thrashed the San Jose Earthquakes in the knockout round.

The Whitecaps were then ousted by the Seattle Sounders in the West semifinals on a 1-0 aggregate. The conference table-topping Portland Timbers met the Houston Dynamo , who got a winner in extra time to top Sporting Kansas City in the knockout round before eliminating the No. 1 seed with a 2-1 aggregate win.

Toronto will face the Sounders in the final at BMO Field, with the Sounders having taken a 5-0 aggregate win over the Dynamo in the Western Conference finals while Toronto took a 1-0 win over Columbus in the East finals.

Full regular season standings are below

HOW CAN I WATCH THE MLS PLAYOFFS?

In Canada, the playoffs will be broadcast on TSN in English and TVA Sports in French. Those channels have exclusive rights and are likely to broadcast all games involving Canadian teams as well as selected others, including the MLS Cup final.

Both provide streaming of games via TSN Go and TVA Sports En Direct.

In the UK, Sky Sports hold the rights to MLS and are likely to broadcast most, if not all, games, including the MLS Cup final. Those games can be streamed via Sky Go.

WHERE WILL THE MLS CUP FINAL BE PLAYED?

As has been custom since 2012, the MLS Cup final will be hosted by the finalist with the higher regular-season finishing position.

That means it is going back to Toronto for the second year in a row after the Reds, as Supporters' Shield winners, saw off the New York Red Bulls and Columbus Crew to book their spot in the final once again.

They will welcome the Seattle Sounders back to Canada for a rematch of the 2016 final.

WHO ARE THE MLS CUP FAVORITES?

Toronto has put together a dominant regular season and is now a heavy 2/5 favorite to go one better than last year and win the MLS Cup, according to dabblebet .

The Seattle Sounders are the reigning MLS Cup champions, having beaten Toronto in last year's final.

Seattle did not manage a shot on target through 120 minutes in Canada but were able to hold the Reds to a 0-0 draw and win the penalty shootout, with Roman Torres the hero.

Stefan Frei was named the MLS Cup final MVP after making a miraculous save to deny Jozy Altidore what would have almost certainly proven to be the winning goal in extra time.

Both clubs returned to the playoffs this year, with TFC top of the East — and, indeed, MLS as a whole — and Seattle in the second spot spot in the West.