'Do Messi, Neymar & Mbappe rule?' - Henry questions if Pochettino is allowed to tell off star PSG trio for not defending 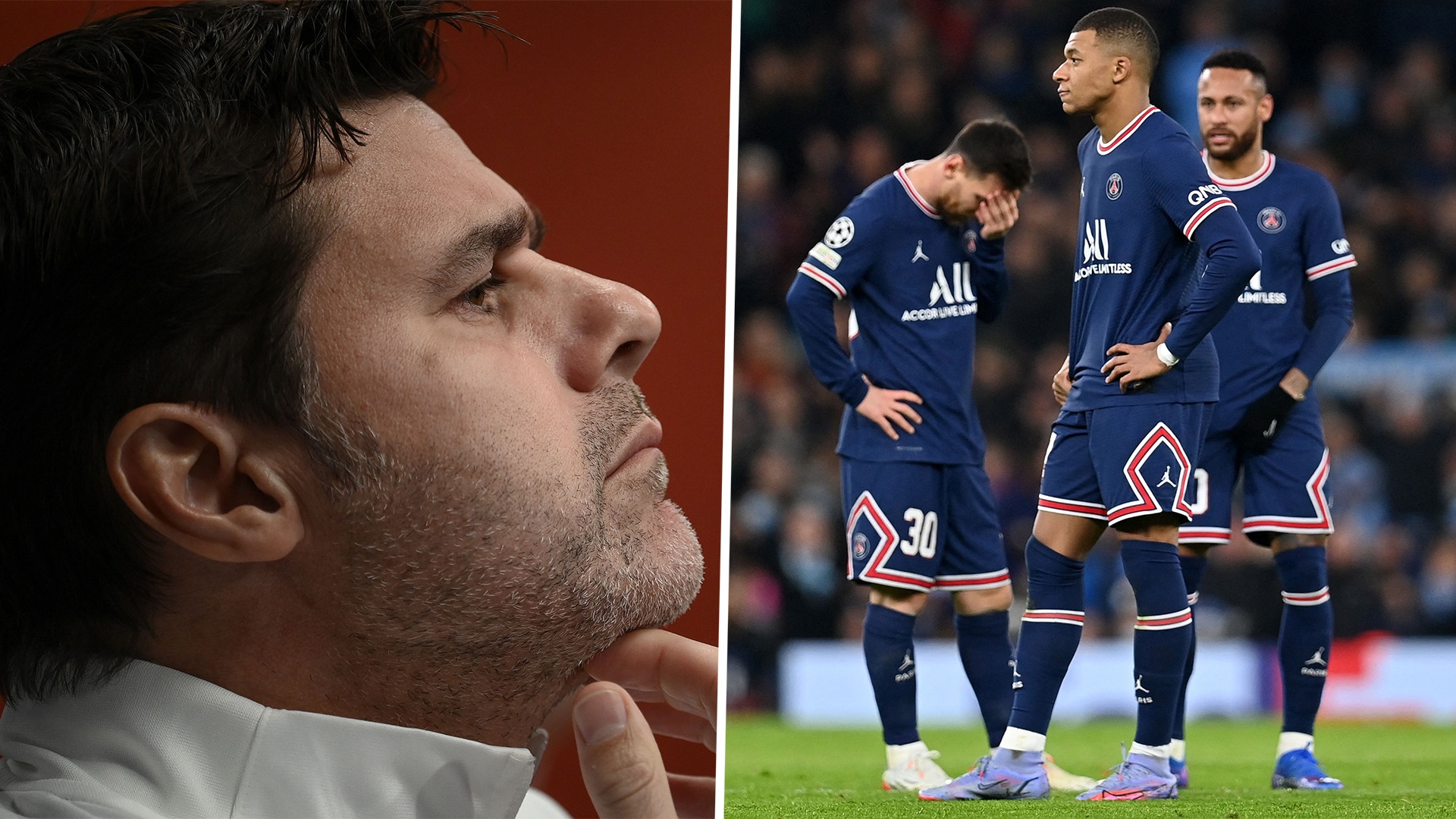 Thierry Henry has questioned if Mauricio Pochettino is allowed to "have a go" at Paris Saint-Germain stars Lionel Messi, Kylian Mbappe and Neymar, or if the trio are in charge.

The former France international striker was critical of the PSG front three for their lack of defensive work during the French side's 2-1 loss to Manchester City in the Champions League on Wednesday.

PSG will not be able to win the Champions League if the attackers do not work harder when the team are not in possession, Henry argued, but Pochettino must be given enough authority to make them defend.

“You know where the frustration comes from? It's because [PSG] used to play at the back, so not seeing those guys come back hurts,” Henry said on CBS Sports.

“As an ex-striker, if you want to win the Champions League, you cannot now in the modern game defend with seven players. It's impossible. I don't care who you are.

“Teams that win titles and win the Champions League more... you need to have at least your front three facing the ball. I mean the bare minimum. We’re not asking you to chase guys to the corner flag. Face them, make it difficult, cut the passing side, allow them to go outside and then maybe now [the full-backs] will feel more secure about what’s happening behind them and in front of them.

“Right now, they’re too exposed. Teams in the league in France can’t expose them, but Man City can.”

He continued: “Can the boss be allowed to have a go at them, or [do] the players rule? It is very difficult because if, at the top, the coach cannot be strong in terms of what he wants to do and how he likes to play, and he feels the pressure of maybe being happy with some, then it becomes difficult.

“You saw everyone that left PSG went on to win in Europe – [Unai] Emery and [Thomas] Tuchel – but Pochettino is not allowed to be Pochettino at times with that team.”

PSG booked their place in the next round of the Champions League, but the midweek defeat means they will finish second in Group A, while City go through as group winners.

Domestically, PSG are in good shape as they sit top of Ligue 1 and 11 points clear of second-place Nice after 14 matches.

Mbappe has been the star of the show, registering nine goals and 10 assists in all competitions, while Messi has scored four in his 10 appearances for the club and Neymar has three goals to his name.

What next for Pochettino?

The Argentine coach has become one of the top contenders to take over at Old Trafford as he is reported to be unhappy in the French capital and eager to return to the Premier League.

But the chances of Pochettino being appointed United boss in the immediate future took a hit as GOAL can confirm the English side's approach for him was knocked back, leading to talks with ex-Barcelona boss Ernesto Valverde instead.