Martino: No problem calling up MLS or Liga MX based players 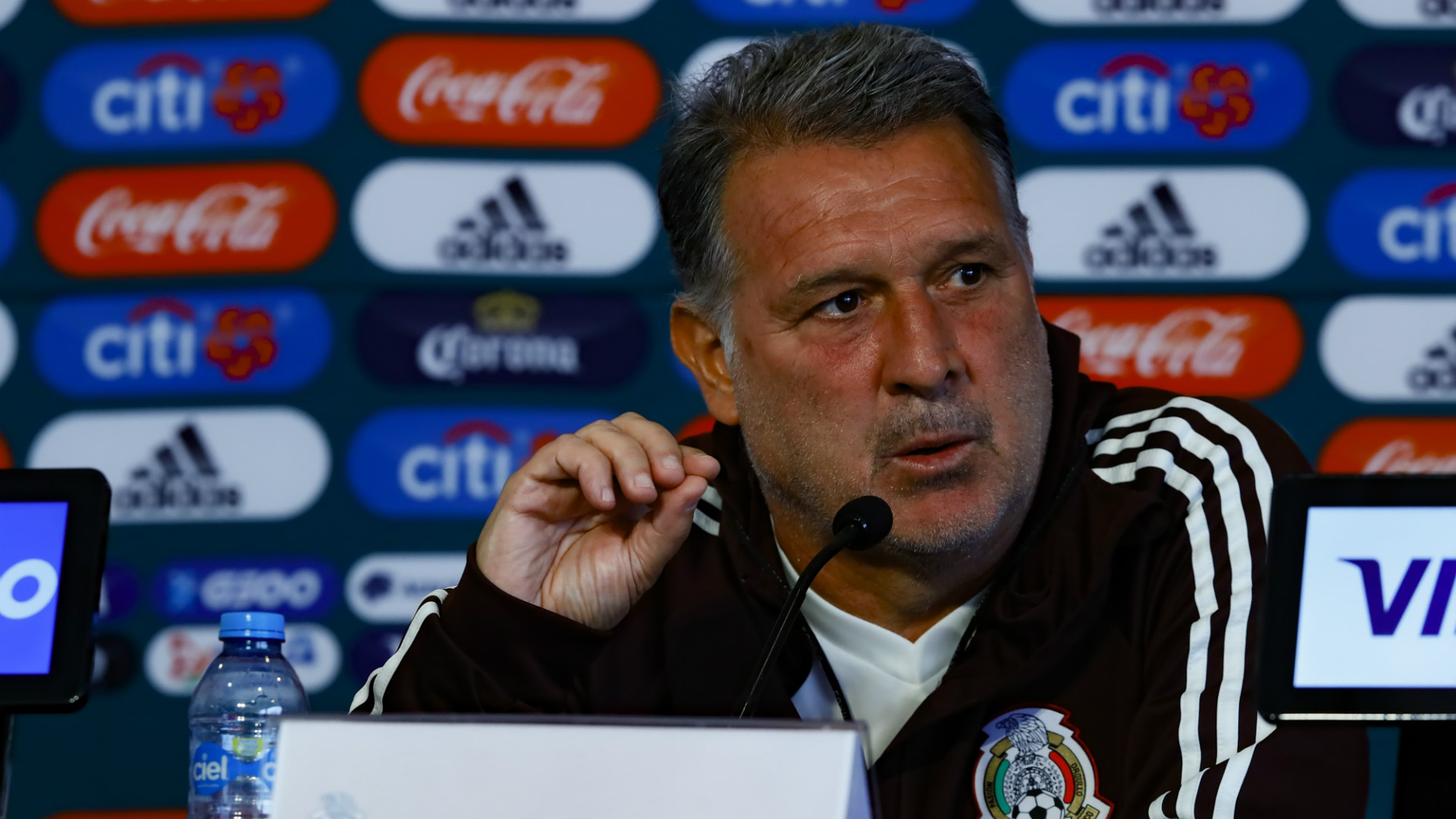 Mexico manager Gerardo "Tata" Martino again underlined his willingness to call in players who are playing in North America on Wednesday, saying he had no problem with El Tri stars returning to their native continent to play in Liga MX or MLS.

Martino's last stop was with Atlanta United, where he oversaw the club's first season of play in 2017 and led it to the MLS Cup title in 2018.

The coach, who recently completed his first 'microcycle' with Mexico players, said he's more worried about whether or not players are being challenged than what league they're playing in.

In the winter transfer window, Carlos Salcedo moved from Eintracht Frankfurt to Tigres, Miguel Layun left Villarreal for Monterrey and Marco Fabian joined the Philadelphia Union after being Salcedo's club teammate in Frankfurt. They join players like LAFC forward Carlos Vela, LA Galaxy duo Jonathan and Giovani dos Santos and Tigres winger Javier Aquino as players who have returned from Europe to North America but are still regularly suiting up for the national team.

"My biggest concern is the rhythm the players are able to have. Obviously, we’re going to value the players who play in the best leagues in the world, but as I’ve said we’ll also value the players who have continuity," he said at a news conference Wednesday. "So, in that sense, for me it isn’t a problem that Carlos or Layun or Marco Fabian are coming to play in Mexico or in the United States’ league."

Martino echoed statements he made last week in which the ex-Argentina and Barcelona coach said while the quality of play in Europe is higher, the competition is more fierce in MLS and Liga MX thanks to a higher level of parity.

"Probably the Liga MX or the American league, there are a higher number of competitive games than in the Spanish league or the English league. If you look at the Premier League or the Spanish league, the really competitive games are 10 [of the] 38. Here the competitive games, if you really compare, in the United States where you have teams all having the same conditions for signing, I’m speaking in financial terms, you’re probably competing with more urgency over the long-term of the year in Liga MX or in the U.S. than the best leagues in Europe."

The coach also said the roster for March's friendly matches against Chile and Paraguay may include a handful of players not currently seeing minutes with their club sides. Earlier in the month, he said he wouldn't guarantee MLS-based players would be called in but did say he felt confident in their fitness even if the MLS season is only beginning.