Marcelo Flores: Arsenal's Mexican wonderkid who is wanted by England and Canada 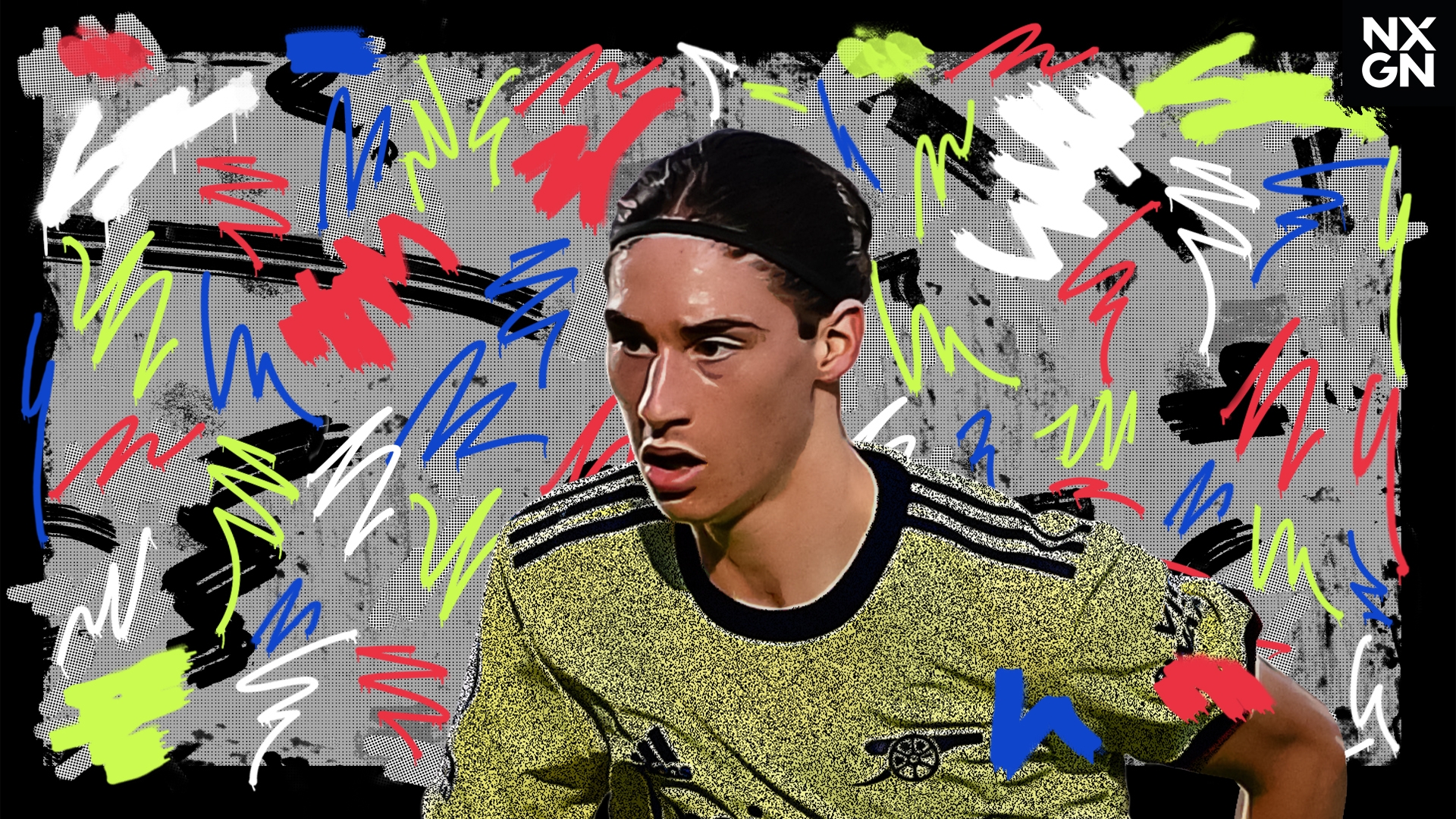 Right now, Marcelo Flores is the talk of Mexican football.

The Arsenal youngster, who turned 18 in October, was the star of the show as Mexico Under-20s won the inaugural 2021 Revelations Cup after securing two victories from their three games in November.

Flores was on target twice for the hosts, in victories against Brazil and the United States, with both his performances and acrobatic summersault goal celebrations - which he taught himself on a trampoline at home - capturing the imagination of those watching across the country.

He was named Player of the Tournament, and the Gunners starlet has barely been out of the headlines since, with some even calling for him to be immediately promoted to El Tri's senior squad.

“The press and the TV have been giving him a lot of attention,” Ruben Flores, Marcelo’s father, tells GOAL. “But I don’t know why they are all so excited about it.

“Marcelo has had lots of good experiences with the U20s. He’s gone to lots of camps in places like Denmark and Spain, and he’s always done well, so this isn’t really anything different.

“Maybe it’s because of the game against Brazil, when he played well and he scored.

“But Marcelo won’t let this get to him. He just wants to play football. He loves it.”

Flores qualifies for Mexico through Ruben, who was born in Mexico City and played for Atlante in the Mexican Primera Division from 1988 to 1990.

But the young Arsenal attacker could also represent Canada, the country of his birth, as well as England, having been granted a British passport earlier this year.

So he is currently keeping his options open, with his father adamant that there is no need to rush into any sort of decision at such an early age.

“It’s not the time to choose,” Ruben insists. “He’s too young.

“He got an invite to Canada last year, but there was Covid and he was already going to Mexico, so the time wasn’t right.

“He also did an U16s camp with England, but we didn’t have the passport then. Our paperwork to become British just came this year.

“So right now the decision isn’t difficult, he just loves football and that’s all that matters.

“He is going to the camps that he was invited to by Mexico and he is enjoying himself. For anything else, he is too young.”

Flores’ exploits for Mexico during the international break will not have come as a surprise to those who have seen how he has started the season for Arsenal.

In eight appearances for the U18s, he has scored six goals and contributed a further two assists.

His performances have caught the eye of Mikel Arteta, who has invited him to train several times with the first-team squad during the past 12 months.

And while he may not have been given the opportunities that many were expecting at U23s level yet this season, it appears only a matter of time before he makes the step up to Kevin Betsy’s side on a regular basis.

“It was like a dream training with the first team,” Flores told GOAL during an interview in December 2020. “I couldn't believe everything that was happening.

“I am enjoying all the moments that I am living. I want to become a club legend."

Flores’ life has revolved around football from the moment he was born.

Both his mother and father played the game when they were younger, and after hanging up his boots as a player, Ruben moved into coaching.

He had a coaching role with the Ontario Soccer Association, and so Marcelo was never far away from a ball while he and his equally football-obsessed sisters, Tatiana and Silvana, grew up in Canada.

“Ever since Marcelo was a little boy he has kicked a ball,” Ruben says.

“If I used to go out to work in jeans and a T-shirt, he would just give me a kiss and say goodbye. But if I was wearing football gear, he would start asking questions straight away.

“Then he would just go and get his boots and his ball and before I’d get to the car, he would be there and I’d have to take him with me. He’s just always loved football.”

Ruben adds: “I remember he and his sisters would leave school early to come home and watch the Champions League. They all loved Barcelona, with [Lionel] Messi, Xavi, [Andres] Iniesta.

“So I would pick them up, we would go home, have lunch and watch all of their Champions League games.”

Marcelo’s first big break came when he was spotted playing football while on the Cayman Islands as a youngster.

Ruben was coach of the Cayman Islands women’s team at the time and would often take his family with him when he travelled over to meet up with the squad for games.

During one trip, an Ipswich Town youth development coach called Steve Foley held a training camp, and Marcelo did enough to catch his eye. Ipswich then invited him over for a trial, and he secured a spot in the club’s academy in 2016.

Initially he would travel over from Canada on an intermittent basis, but once the family had secured visas, they all made the move to the UK on a permanent basis.

Marcelo would spend two years with Ipswich, before Arsenal came calling in 2018.

His sisters, Tatiana and Silvana, now play for Chelsea and Tottenham, respectively, but at that stage they were both at Arsenal, so Marcelo also made the move to the Gunners and his progression has been rapid ever since.

Having arrived as a school boy, he quickly moved up to U18s level and was one of the stand out performers last season, playing predominantly as a No.10.

Arsenal rewarded him with his first professional contract in October 2020, tying him down for an initial three years, though it is understood that it includes an option for a further two.

And his current performances suggest it will not be too long before he joins the likes of Charlie Patino, Omari Hutchinson and Salah Oulad M'Hand in knocking on the door of the first-team.

“He is following the process and enjoying his football,” says Ruben. “Right now, that is all that matters.”