The 19-year-old is one of South America's most prized young talents, but it was the Seagulls who showed most persistence to complete a complex deal

As football still reels financially from the devastating effects of the coronavirus pandemic, the January transfer window was a predictably low-key affair.

There were nevertheless a handful of eye-catching deals made over the past month and perhaps most notably on England's south coast, where Brighton stole a march on Manchester United to capture one of South America's most promising young talents.

Moises Caicedo burst into the public eye back in September when the then-18-year-old opened the scoring during Independiente del Valle's shock 5-0 Copa Libertadores thrashing of holders Flamengo. From that point onwards, the midfielder has made stunning progress, already staking a claim to a regular spot in the Ecuador national team.

If he were Brazilian, and particularly if he had happened to line up for Flamengo in that match rather than the unheralded yet ever-dangerous Quito side, his transfer value could well have been calculated in the tens of millions to match the likes of Vinicius Junior and Reinier.

As it was, Brighton secured a bargain: a mere £5 million ($7m), according to reports, which even in these troubled times stands out as a fantastic bit of business by the ambitious Seagulls.

“Moises has had a lot of interest from clubs across Europe, which is understandable given how well he has done,” Brighton technical director Dan Ashworth signalled once the deal was finally confirmed on deadline day.

“He’s been one the recruitment team has been aware of for some time and we are confident he is a player with a very exciting future ahead.

“It has been a complicated transfer, due to the current restrictions, and there has been a lot of hard work across several of the club’s departments to get the transfer completed.” 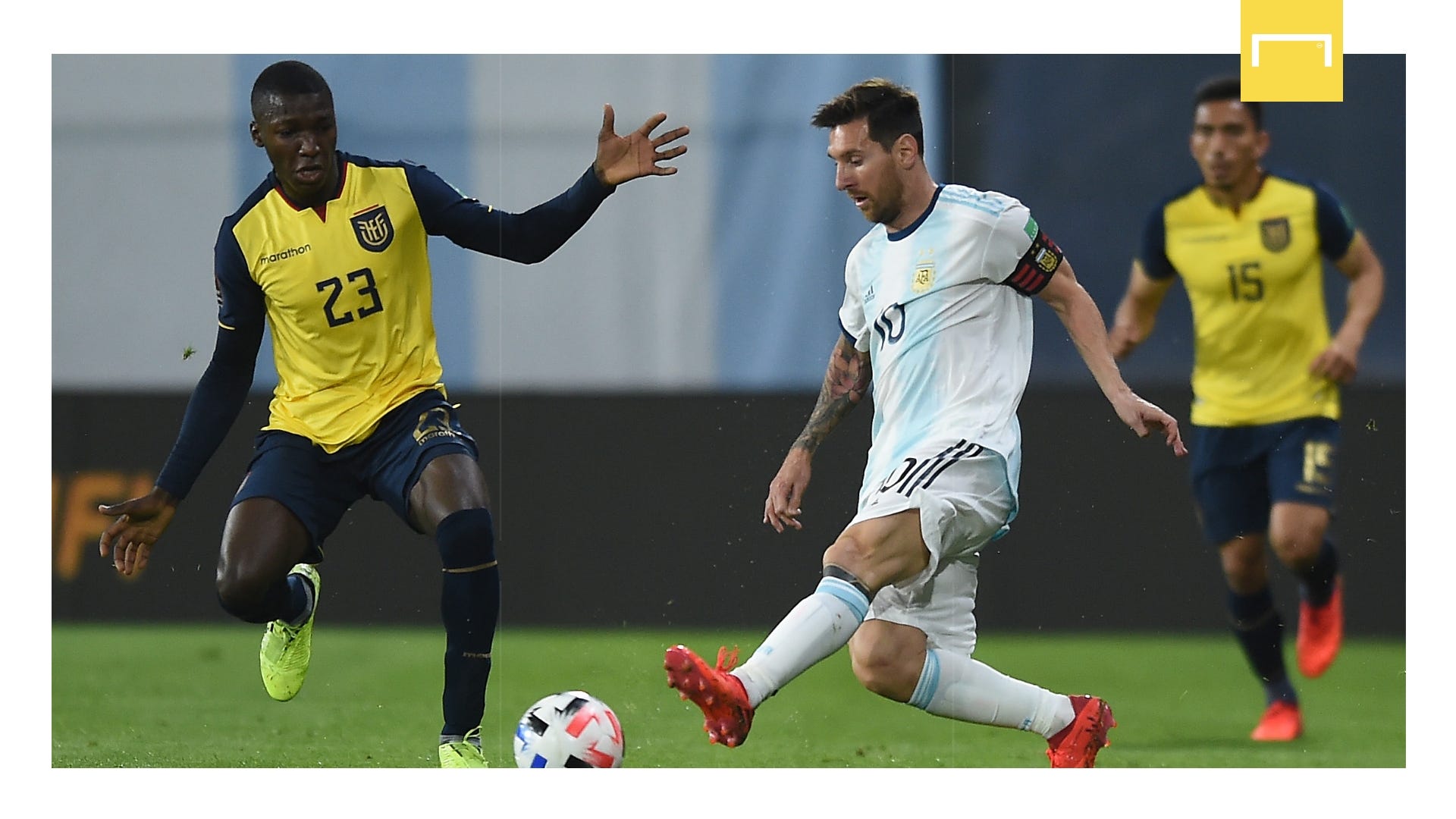 Negotiations for Caicedo were far from straightforward. A story published in the New York Times affirmed that no fewer than three agencies claimed to represent the 19-year-old's interests to enquiring clubs.

The Manchester Evening News quoted an unnamed United source discussing the difficulties of ascertaining exactly who was speaking on Caicedo's behalf, a  "clusterf*ck" as it was described, which ultimately led to the club pulling out of talks.

Brighton, however, enjoyed one advantage. In August 2018, the Seagulls successfully negotiated the arrival of former Independiente youngster Billy Arce to the Premier League, paying just shy of £1m for the forward.

Arce is yet to play a single game for Graham Potter's side and for the last two years has been back in Ecuador - where, in 2019, he spent 20 days in prison after being convicted of a drink-driving charge - on a series of loan deals.

But the prior relationship between the two clubs, and perhaps even more importantly with Arce's representatives, the Kancha agency, who hold the longest-standing relationship with Caicedo too, proved vital in unlocking the Gordian Knot surrounding his contract status. “We were the ones who brought Brighton's offer [to Ecuador],” a Kancha source confirmed to El Universo in January.

Brighton's case was additionally helped, odd as it may sound, by the finalising of the United Kingdom's exit from the European Union - Brexit was accompanied by the introduction of new guidelines on the issuing of work permits for foreign players.

The rules are considerably less stringent for non-EU citizens than their predecessors, taking into account games played in local leagues and continental competitions such as the Libertadores as well as international appearances, and could herald the arrival of more top young talents from across South America in the months and years to come.

Caicedo, for one, would have struggled to qualify under pre-Brexit regulations; but after a protracted process he is now set to receive clearance to play in the Premier League despite playing just four games to date for Ecuador.

An all-action midfielder who covers huge amounts of ground, stops, creates and finishes goalscoring opportunities and is also a big threat in the air, the timing of his arrival at the Amex Stadium could not be more propitious.

“It’s no secret we have been working to bring Moises to the club, and we are very pleased he is finally here,” manager Potter said of his new charge.

“He will need time to settle in with the group, for us to get to know him and vice versa, as well as get up to speed and ready for the demands of the Premier League.

“He has done very well in Ecuador and made his debut for his country at just 18. He’s an exciting signing, but it is important we give him time to adjust.” 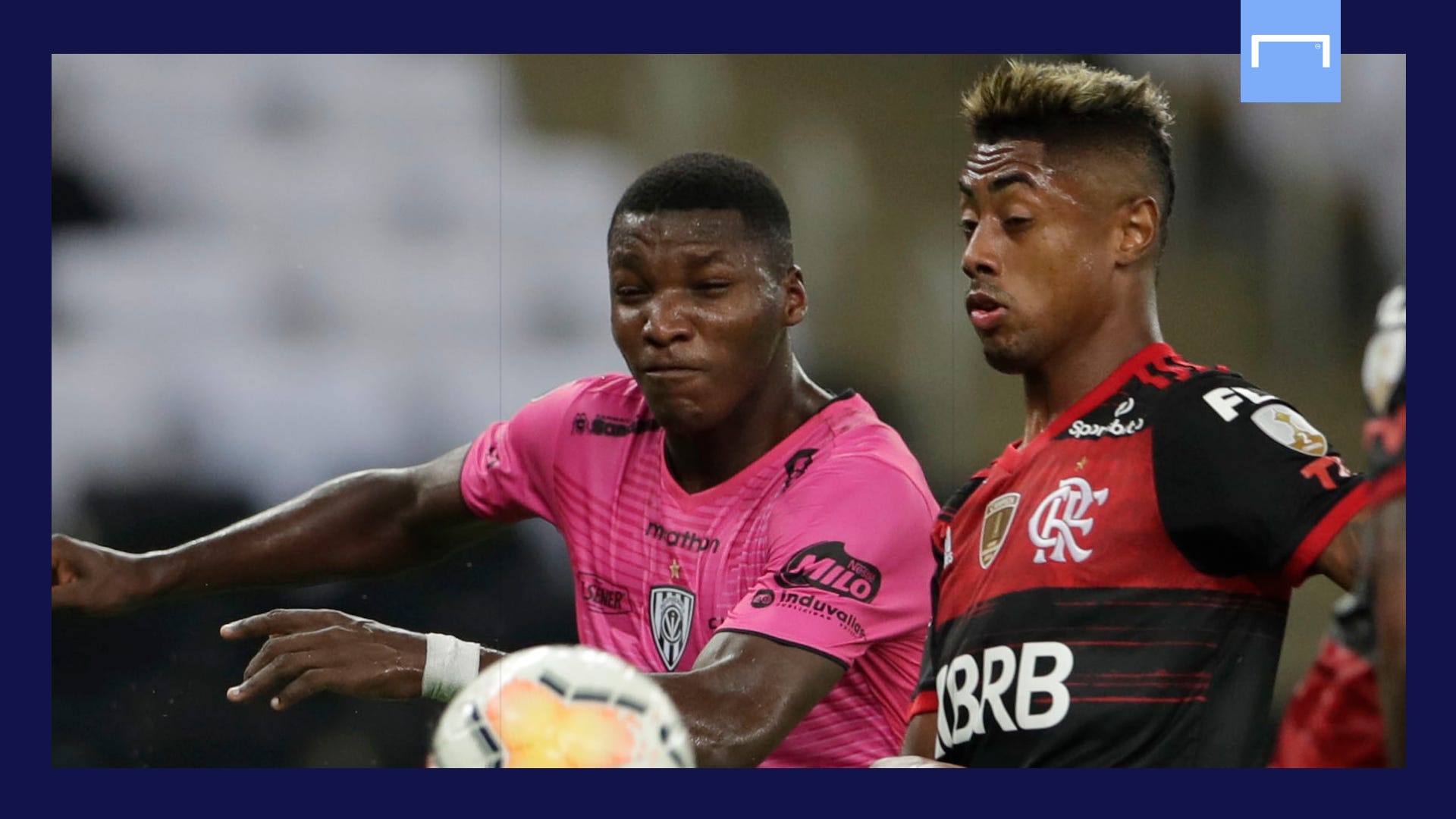 It is, of course, always easier to fit into a team brimming with confidence, as seems to be the case at Brighton. They have won three of their last four league games to soar away from relegation trouble, taking down reigning champions Liverpool at Anfield in their last outing. In Tariq Lamptey and Yves Bissouma they boast two of the most coveted players in the English top flight.

Were it not for their woes in front of goal, the club would likely be even further from danger. Potter's side average 12.4 shots a game this season, placing them eighth in the league rankings above even high-flying Leicester; but they rank among the most wasteful when it comes to converting those chances.

With six goals in 30 matches for Independiente so far in his career, and another strike and three assists in his four Ecuador caps, Caicedo promises to add a further attacking dimension to Brighton's play, crucial in a sector of the table where every goal is worth its weight in gold.

Patience will be key in this deal, despite the Ecuadorian's clear potential. Brighton need only look to the example of Arce as warning of the challenges of adapting to a new country and style of football.

Caicedo's new team-mate Alexis Mac Allister also took a long time to settle after completing his transfer from Argentine giants Boca Juniors at the start of 2020. He will also have to build up his physical condition, having not played a single competitive match since mid-December.

But if the teenager finds himself quickly at home and at peak fitness and form, he has the ability and attitude to make a mockery of the tiny fee Brighton paid for his services.

The evidence from Independiente and Ecuador suggests Caicedo is the real deal; now the onus is on him and Brighton to ensure that United and his other admirers are left kicking themselves for passing up on this bargain deal.