Why would Sporting KC trade Dom Dwyer to Orlando City after U.S. breakout? 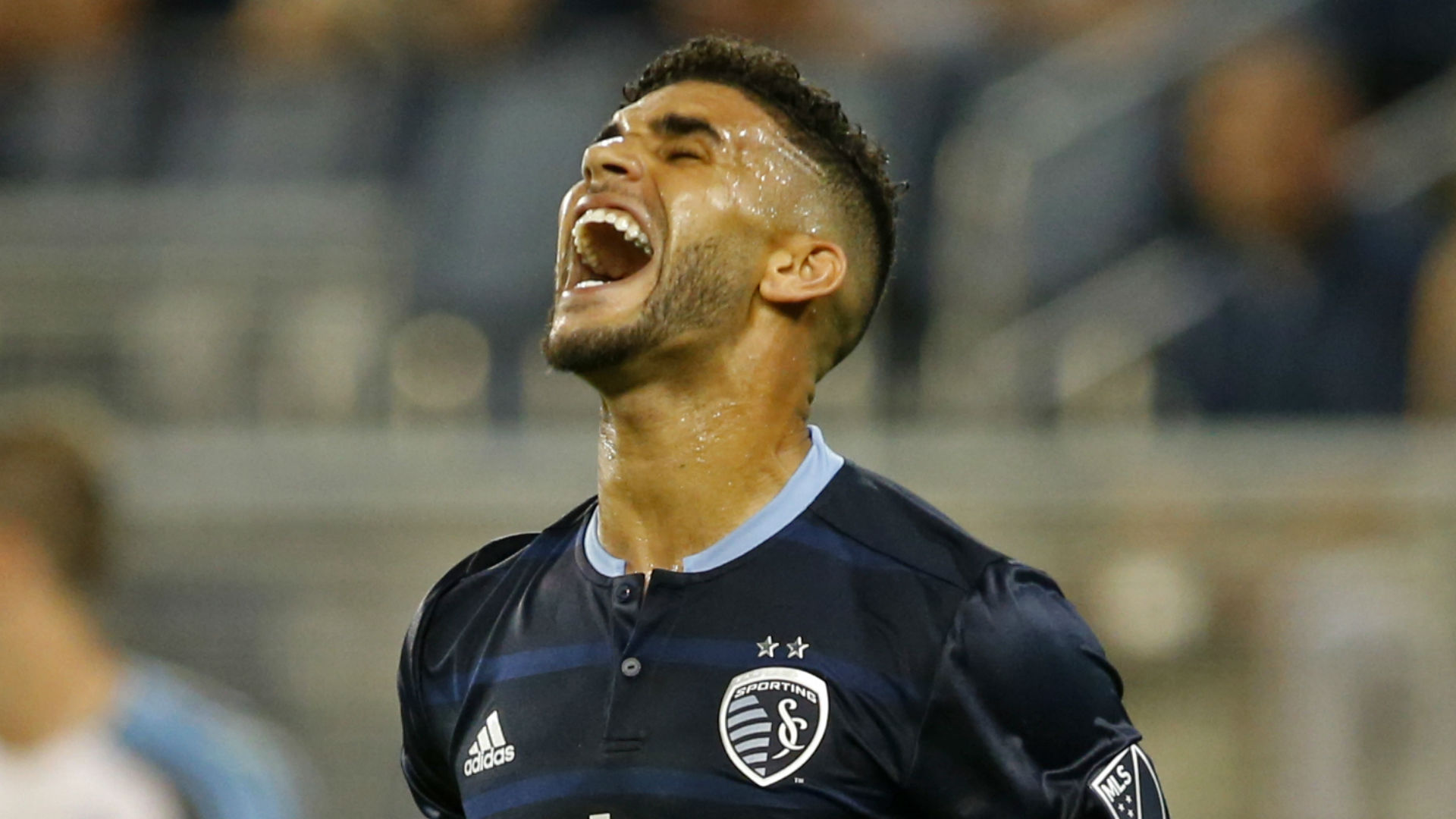 Coming off a strong showing with the U.S. national team, the forward was dealt to the Lions in an MLS record-breaking blockbuster deal

Why would Sporting Kansas City trade MLS All-Star and U.S. national team forward Dom Dwyer for an MLS-record pile of allocation money? The wheels began turning on Dwyer's exit from Kansas City the minute he turned down a seven-figure contract from the club.

According to Sporting KC coach Peter Vermes, interest in Dwyer increased shortly after a Goal report revealed that contract talks with Dwyer had stalled after he rejected a contract in the range of $1.25 million a year.

"When the story was released that supposedly we weren't getting anywhere, we were still 17 or 18 months out from his deal being done," Vermes told reporters on Tuesday. "What happened was that spurred on an influx of a lot of calls, not to say we hadn't gotten them before, but it really spurred on a larger group of teams to be very interested."

Multiple sources tell Goal that while teams did reach out to Sporting KC inquiring about Dwyer, the club itself also began shopping Dwyer around. Eventually Orlando City emerged as the leading suitor. Sitting on a large amount of allocation money from last winter's sale of Kevin Molino, the Lions were the team best-equipped to afford Dwyer, and were also a team Dwyer was open to playing for under a new contract. The development was a dream for Orlando City, where Dwyer became a fan favorite after leading the USL version of the Lions to a championship while on loan in 2013.

Dwyer's move to Orlando City had been in the works for several days, and at one point was going to involve the top spot in the MLS allocation order, which Sporting KC would then use to bring back forward Krisztian Nemeth. That variation of the trade would have involved Orlando City acquiring the top allocation spot from the Columbus Crew, then shipping it to Sporting KC. Eventually Sporting KC and Orlando City agreed on a straight swap which has now been officially announced as a record amount of allocation money that could rise to $1.6 million based on Dwyer's performance.

Sources tell Goal that Orlando City is prepared to offer Dwyer a lucrative contract worth more than Sporting KC's initial offer. Dwyer's current contract includes an option year in 2018 worth up to $900,000, but he is expected to sign a new deal with the Lions soon.

Dwyer's recent success with the U.S. national team figured to bolster his chances of securing a better offer from Sporting KC, but instead served to boost his trade value, giving SKC the opportunity to unload a player who would have gone into the last year of his contract in 2018. Sporting KC wanted no part of having Dwyer play out his contract, which would mean losing him for nothing if he made a move outside MLS, and instead chose to trade him for a record haul of allocation money while his trade value was high.

Who will Sporting KC find to replace Dwyer? All signs point to the club now dealing directly with the Crew to acquire the top allocation spot in order to sign Nemeth, who is finalizing his release from Qatari club Al-Gharafa. Nemeth has been the target of several MLS teams, including New England and D.C. United, and sources tell Goal that a deal between the Crew and an unidentified MLS team had been agreed to in order to land Nemeth, only to have Nemeth back out after discussions with Sporting KC.

Columbus is still in position to control Nemeth's destination, but given the amount of allocation money Sporting KC just received, it will be difficult for any of the interested suitors to match what Kansas City can afford to pay for the rights to the 28-year-old Hungarian forward. Nemeth spent the 2015 season with Sporting KC, scoring 11 goals before moving via a transfer to Al Gharafa.

The trade reunites Dwyer with Orlando City four years after his career took off while on loan with the USL-PRO side, the version that existed before Orlando City joined MLS as an expansion team in 2015. Dwyer's success that season made him a fan favorite in Orlando to this day, and now he returns as an established national team player, MLS All-Star and will soon be the club's latest designated player.

Donovan knows what the U.S. is missing

What the trade means for forward Cyle Larin remains to be seen. Larin has been the subject of transfer speculation for more than a year, but a recent DUI arrest appeared to strike a big blow on his chances of leaving with a transfer this summer. Orlando City can play Larin and Dwyer together, and look to rebuild Larin's market value ahead of a potential winter transfer. Then again, if Dwyer and Larin develop into an effective forward tandem, the Lions could choose to keep them together in 2018.

As for Sporting KC, the Western Conference club has shown this season that it can win without Dwyer, and the expected arrival of Nemeth should only help boost the team's status as one of the league's top MLS Cup contenders.