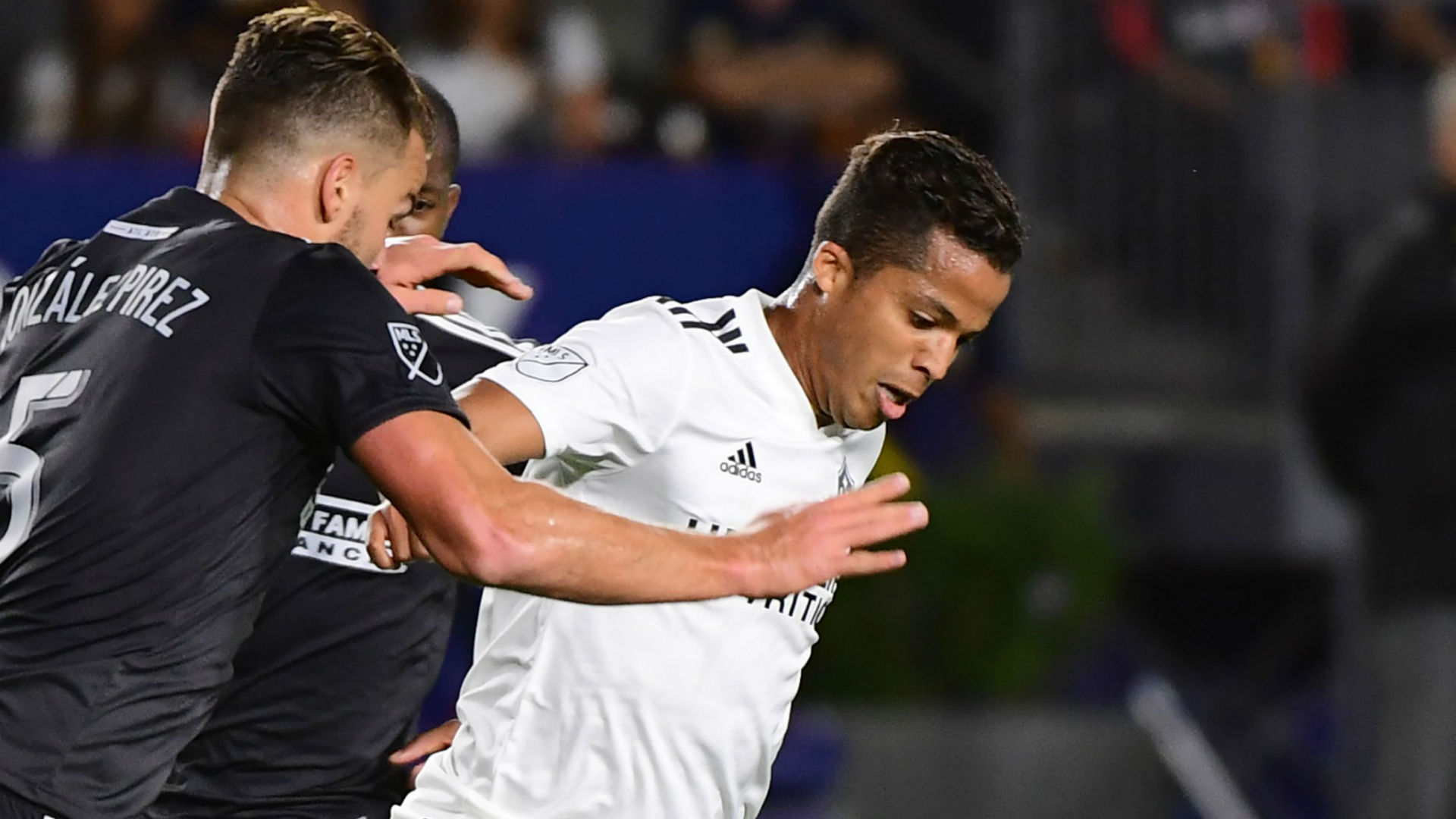 The Mexico international's time with the MLS club has ended, allowing LA to become roster compliant with three designated players

The LA Galaxy have exercised their offseason buyout of Giovani dos Santos contract, making them roster compliant ahead of the 2019 MLS season by bringing them down to three designated players.

The 29-year-old Dos Santos was in the final year of a four-and-half year contract he signed with the club in 2015, and reportedly was set to make $6 million (£5m) this season.

The Galaxy were able to play last season with dos Santos, his brother Jonathan and Romain Alessandrini under designated player contracts, while Zlatan Ibrahimovic was on a smaller contract.

However, Ibrahimovic signed a new deal this winter amid interest from Europe, leaving the Galaxy with four designated players and requiring the club to jettison one in order to be compliant with MLS rules.

Reports circulated the Galaxy were attempting to negotiate a restructured deal with dos Santos, who wished to stay with the team and play alongside his brother, but LA has announced they have instead decided to buy out the final year of his contract.

"We have been working with the player this preseason to reach an agreement that is best for both sides,” LA Galaxy General Manager Dennis te Kloese said in a statement. “We have come to this decision and believe that it is best for the club and for Giovani.

"We will work with the player and his representatives to find an on-field solution for the player’s next step. We appreciate what he has contributed to our club and wish him the best in his future.”

Dos Santos buyout means he will not be on the roster nor count against the salary cap for the Galaxy this season, but his contract is still on the books of the league.

The Mexico international could be waived, allowing him to play elsewhere, traded or loaned, or he could simply sit out for the remainder of his deal.

Dos Santos arrived from Villarreal with great fanfare in 2015 but was never able to quite match the high expectations set for him.

His first year and a half in the league started bright enough, as Dos Santos scored three goals and added five assists in 10 games in 2015, and followed that up with 14 goals and 12 assists in 2016.

But injuries caused a dip in production his last two seasons, with Dos Santos was limited to just nine goals and five assists in 39 games and only played 14 times in 2017.

The club's fortunes also dipped as while they made the playoffs in his first two campaigns, the Galaxy were high-profile absences in the MLS postseason the last two years.

Dos Santos is the second high-profile exit from the club in as many days, with forward Ola Kamara completing a transfer to China on Thursday.

The Galaxy start the MLS season on Saturday at home against the Chicago Fire, before which the club will honor the league's first designated player, David Beckham, with a statue.