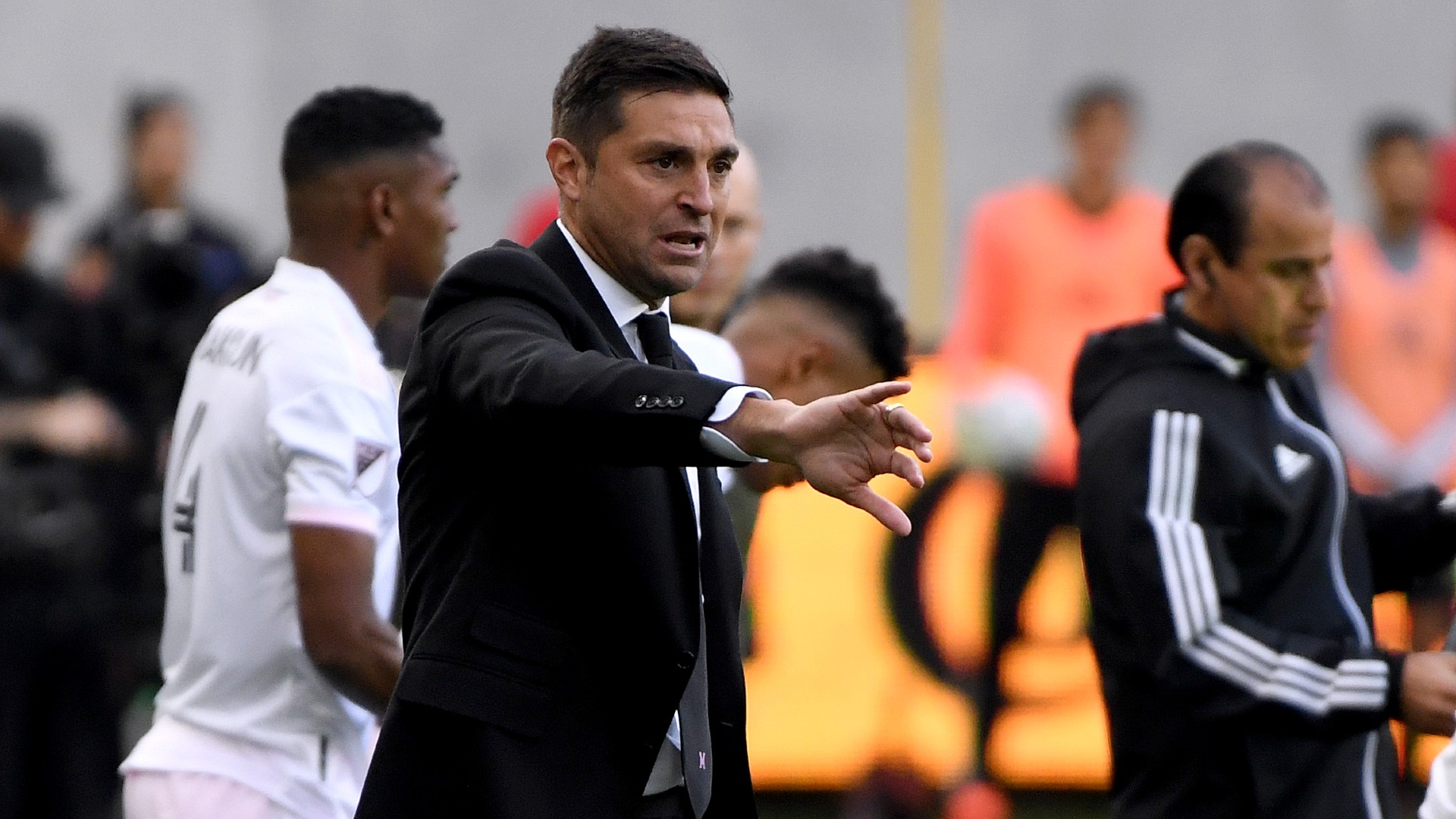 The club announced on Thursday that the two parties have mutually agreed to part ways, with Alonso's time at the club coming to an end after just over a full year.

Miami ended the season with a record of seven wins, three draws and 13 losses, sealing a 10th-place finish in the Eastern Conference and a playoff berth.

However, they lost that play-off clash to fellow expansion side Nashville SC, ending a largely up-and-down season that began with great expectations.

That season was impacted by the coronavirus, which delayed several of the club's grand plans for their debut campaign.

However, David Beckham is reportedly taking a more active role in club operations ahead of next season after chief operating officer and sporting director Paul McDonough recently stepped down, and part of that may include helping bring in a new manager as the club has now moved on without Alonso after just 23 games in charge.

“Going through the journey of this inaugural season with Inter Miami has been an incredible experience, and I am thankful to the ownership group for the opportunity," Alonso said.

"I want to thank the staff for their work and friendship, the players for their efforts on the field, and especially the fans for their constant support throughout the year. I wish everyone the best this upcoming season."

Owner Jorge Mas said: “On behalf of the organization, I want to thank Diego for his hard work and dedication during our inaugural season and wish him the best in his future endeavors.

"This was a difficult year and a very tough decision for everyone, but we believe it is the right step for the club. We have great expectations for Inter Miami in the short and long term.”

Prior to joining Inter Miami, Alonso emerged as one of the top managers in CONCACAF after thriving with Pachuca and Monterrey.

The Uruguayan guided both clubs to CONCACAF Champions League titles while also winning a Liga MX title with Pachuca.

Reports emerged on Wednesday linking Miami with England women's national team manager Phil Neville. ESPN reported that Beckham has held talks with his former Manchester United teammate regarding the job, with Neville's current role set to come to an end after the Olympics.

Neville has yet to manage on the men's side of the game, having been in charge of England since 2018. He did spend a year as an assistant at Man Utd under David Moyes before working under his brother, Gary, and Nuno Espirito Santo at Valencia.

MLS has yet to confirm the start date for the 2021 season, with the league targeting early March for kick-off.