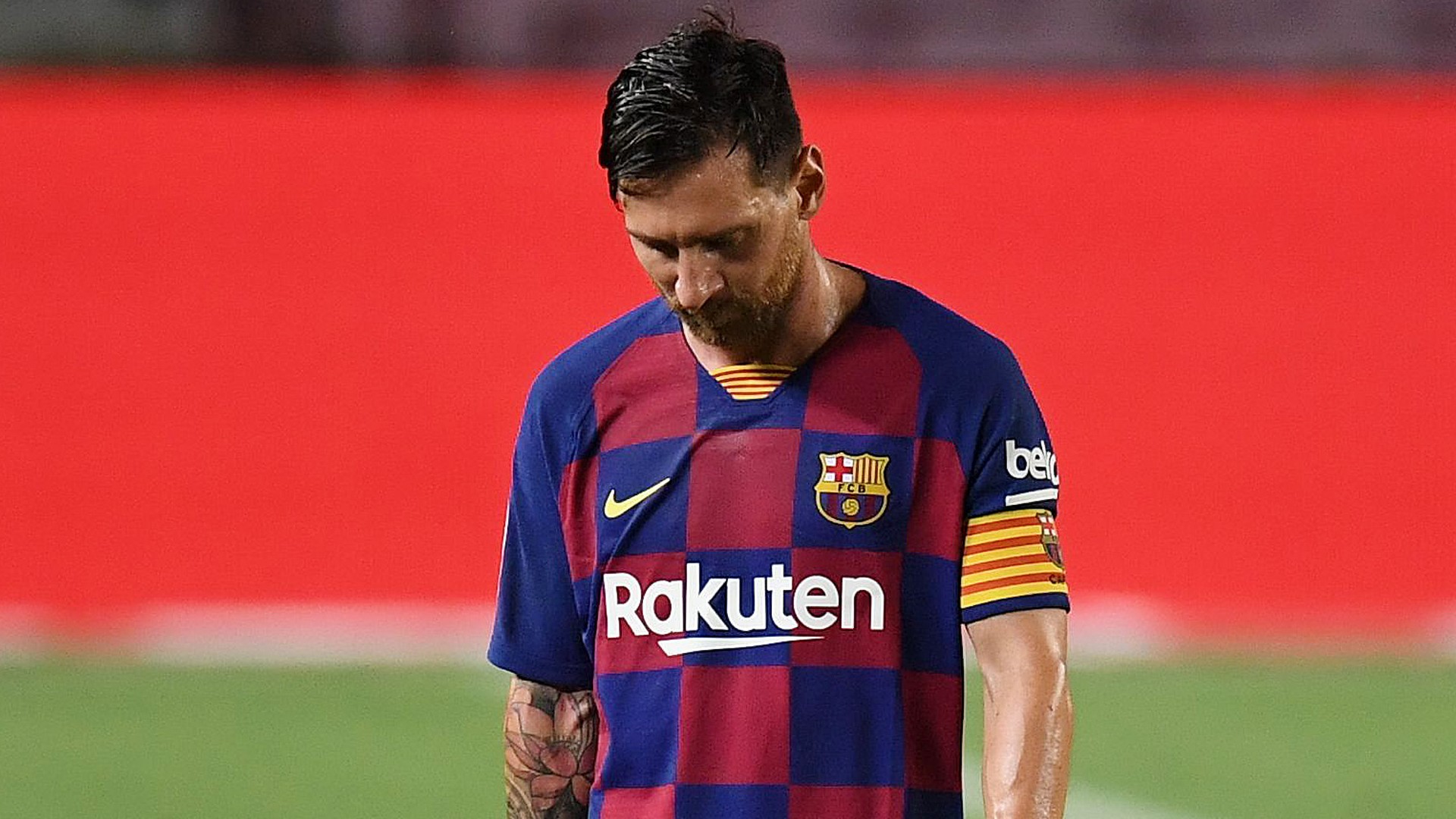 Lionel Messi has blasted Barcelona's performance in 2019-20, insisting "if we continue like this, we'll lose to Napoli" in the Champions League.

Barca suffered their sixth La Liga defeat of the season on Thursday night, while Real Madrid picked up the win they needed to secure their first La Liga title since 2017.

Quique Setien's men were humbled by Osasuna 2-1 at Camp Nou, with goals from Jose Arnaiz and Roberto Torres cancelling out a trademark Messi free-kick.

The result leaves the Blaugrana seven points behind Madrid, who beat Villarreal 2-1 at Santiago Bernabeu to increase their advantage at the summit heading into the final round of fixtures.

Messi aired his frustration in a post-match interview with Movistar +, expressing his belief that Barca made it far easy for their arch-rivals to dethrone them.

The six-time Ballon d'Or winner also raised doubts over the team's chances of winning their last 16 Champions League second leg tie against Napoli next month, which will be played in Lisbon with the aggregate score currently locked at 1-1.

"We didn't want to end the season like this but it represents how the season has gone," Messi began.

"We were a very erratic, very weak, low-intensity team…We lost a lot of points and today's game is a summary of the season.

"We have to be self-critical. Starting with the players but doing a global self-criticism. We are Barca and we have to win everything. We can't look at Madrid…Madrid have done their job, but we have helped them a lot.

"If we want to win the Champions League, we have to change a lot. If we continue like this, we will lose the game against Napoli."

The Argentina international added on Barca's dip in performance levels since the turn of the year: “We have to change lots of things. We have a game against Napoli just around the corner and things have to change. I think we’ll have a break now which will be good for us to clear the heads a bit.

"January until now has been such a terrible time for everybody. I think in the Champions League there are four matches where we could turn the whole season around if we get the right results.

“I think the people here at the club will feel angry about what’s been going on this season but that’s normal, the players feel like that too, it’s logical people will be critical. I think it’s like losing against Roma and Liverpool, when you don’t win anything no-one is happy.”