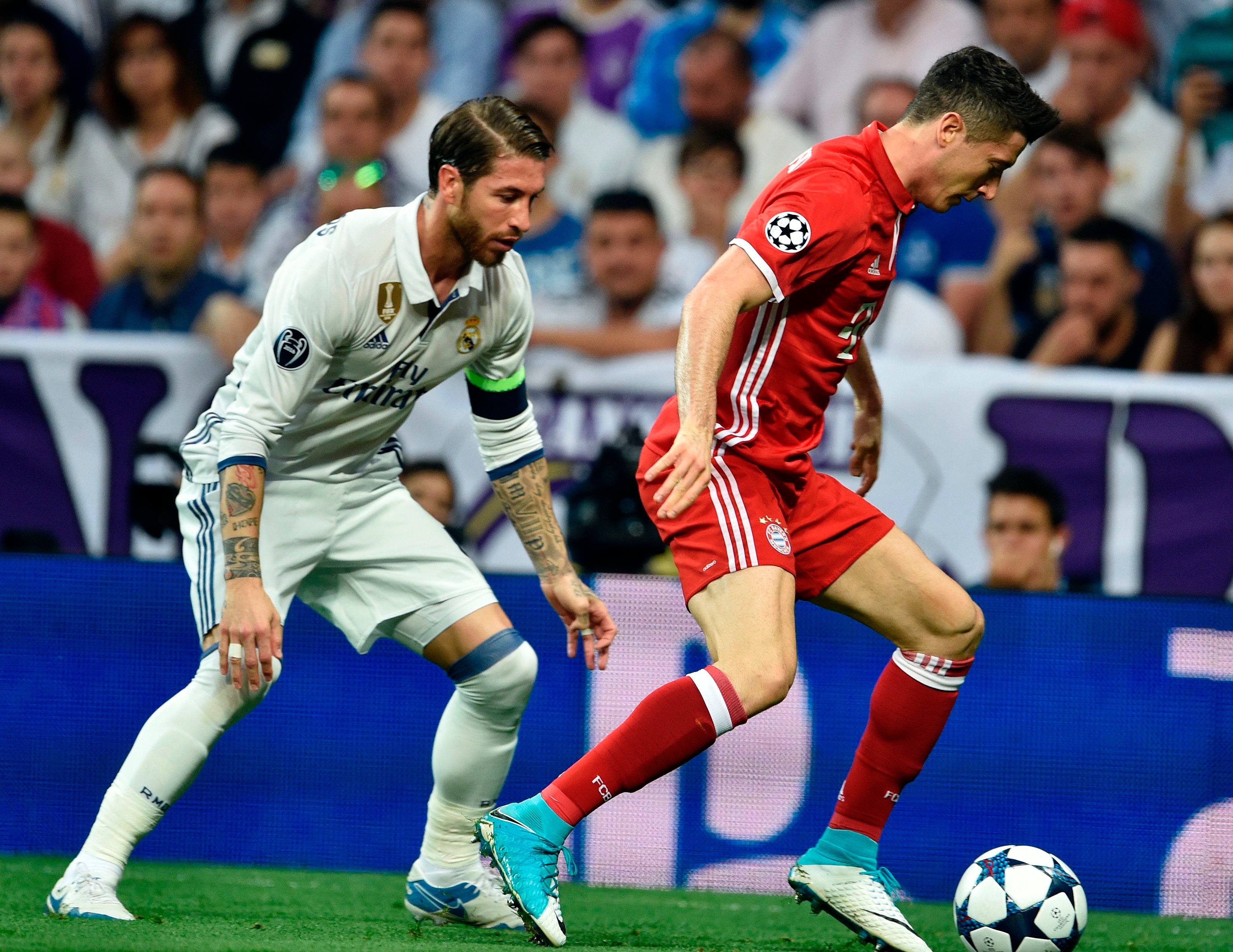 Bayern Munich’s Robert Lewandowski has revealed who he believes to be his toughest ever opponent.

Over the years, the Polish striker has come up against the likes of Virgil Van Dijk, Gerard Pique and Jerome Boateng, but has claimed none of those are the most difficult defender he has encountered.

Instead, the 31-year-old has said Real Madrid centre-back Sergio Ramos has given him more bother than any other opponent.

Speaking to Goal, Lewandowski said: "The toughest opponent? There are plenty of good defenders, but it has always been great to have duels against Sergio Ramos.

“I was always happy to be able to compete with him,” he added.

The Bayern man first came up against Ramos in the 2012-13 Champions League, as a Dortmund player.

Lewandowski netted in their first meeting - a 2-1 victory for Dortmund in the group stages of the tournament - when Ramos was actually playing at right-back.

The striker also bagged four against Ramos’ Real later that year, when the sides were paired together in the Champions League semi-finals.

Since then, the pair have encountered each five times at club level, with Lewandowski only managing to score one goal in those clashes.

However, Poland’s record scorer has not faced such problems in front of goal this season, and has actually scored in all 15 of Bayern’s Bundesliga and Champions League matches.

From those games, Lewandowski has so far bagged 23 goals and, should he continue his scoring rate, could be on to beat his highest scoring tally of 43 in all competitions from a single season.

Despite Lewandowski’s form this campaign, Bayern do not find themselves top of the Bundesliga table. Instead, that accolade goes to Borussia Monchengladbach, who have amassed 25 points from the opening 11 games of the season, four more points than Bayern.

The Bavarians did enjoy a superb evening in their last outing - a 4-0 triumph over Borussia Dortmund, where Lewandowski got his customary goal against his former employers early on, before adding another in the 76th minute.

Serge Gnabry and a Mats Hummels own goal rounded off a thoroughly enjoyable match for the currently manager-less Bayern, last weekend.