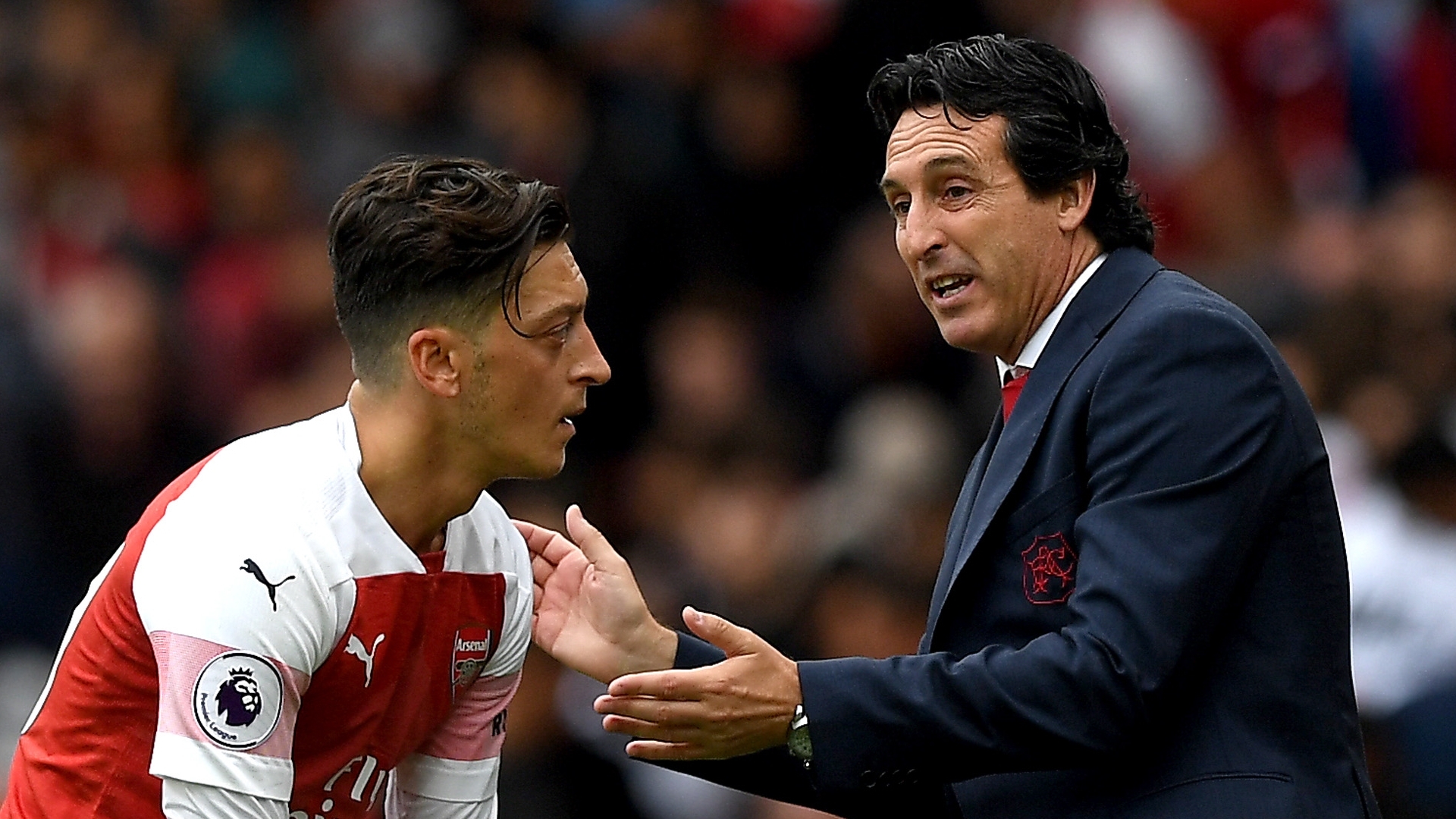 When Mesut Ozil sat down at London Colney and put pen to paper on his new contract with Arsenal on January 31, 2018, it was seen as the start of a bold new era at the Emirates.

After years of maintaining a fairly strict wage structure, the Gunners smashed that by handing the German around £350,000-a-week to keep him in north London until the summer of 2021.

At the time it was viewed as something to celebrate, but less than 18 months later things are now looking very different.

What was heralded as a success for Arsenal in January 2018, is now being viewed by many as a monumental mistake.

Ozil, the highest paid player in the club’s history, has found himself sidelined at times by new boss Unai Emery - even being left out of some match day squads altogether by the Spaniard for "tactical reasons".

And all the time Arsenal are struggling to deal with a bulging wage bill that is running at unprecedented levels.

The situation has led to some big questions being asked. Would Arsenal be better off without Ozil? Should they pay up his contract - worth £62m over the three-and-a-half years - and move him out early?

For a player of Ozil’s calibre and standing in the game, it is a scenario that he has never really faced before.

But through it all the 30-year-old has remained focused on one thing, securing his place as the fulcrum of Arsenal's side going forward by working hard and showing Emery he still has the desire to make the difference at the top level.

“If the coach speaks to me and tells me I won’t play in a game it’s something I need to accept and just get on with it,” Ozil told DAZN DACH. “I’ve carried on working on making myself as fit and healthy as I could and it’s worked out for me.

“Now I’m playing, but of course it’s the coach’s decision if I play or not.

“I’ve had some injuries this season and I’ve had to miss some games. But I know when I’m fit I’ll play matches.”

Having sat out almost a full month of action throughout January, Ozil has been brought back into the fold by Emery and gone on to be a near ever present over the closing months of the season.

What happens in the summer remains to be seen, however, with Arsenal open to offloading the German along with several others as part of wider cost-cutting measure and squad rebuild.

Emery wants to bring in up to five new additions but given the state of the wage bill and a lack of available funds, that could prove difficult unless several big earners are shown the door.

And there is no bigger earner than Ozil, but the German is adamant the thought of leaving has not even crossed his mind.

“I don’t think there’s a chance of that to be honest,” said Ozil.

“I’ve got two more years here and what happens afterwards is not in my hands. We’ll see then, but I’m proud to be at this club and really happy at this club.”

Ozil is no stranger to criticism, it’s something he’s had to deal with ever since he first arrived in London from Madrid in 2013.

Despite posting statistics that put him up alongside the best playmakers who have operated in the Premier League, there have been constant questions asked about his work ethic and attitude.

He is seen as a player who goes missing against the top sides and there was a belief that he was often given a free ride by Arsene Wenger, with the Frenchman rarely substituting him, even when he was not performing.

Under Wenger, Arsenal were a team built around Ozil. He was the heartbeat and creative spark of the side.

But that has certainly changed since Emery arrived. Ozil has found himself being used in various different roles throughout the campaign and the Gunners have become a team who look to get in down the flanks - predominately through their wing-backs.

And Ozil’s numbers have certainly been hit in terms of assists, although that drop can be traced back to the second half of his last season when Wenger was still in charge.

In fact, since signing his new contract last January, Ozil has contributed just three assists in the Premier League. One against Watford last season from a free-kick and two this season, against Leicester and Bournemouth.

It’s a pretty remarkable drop in output from a player who has long been known as Europe’s assist king, but he insists he maintains full belief in his ability.

“I know the quality I have,” he said. “I think everyone has their qualities and mine are at No.10.

“If the coach wants me to do something and play somewhere else, you have to accept it and do that. That’s something I’ve done and as a player and you just need to get on with what you’re told."