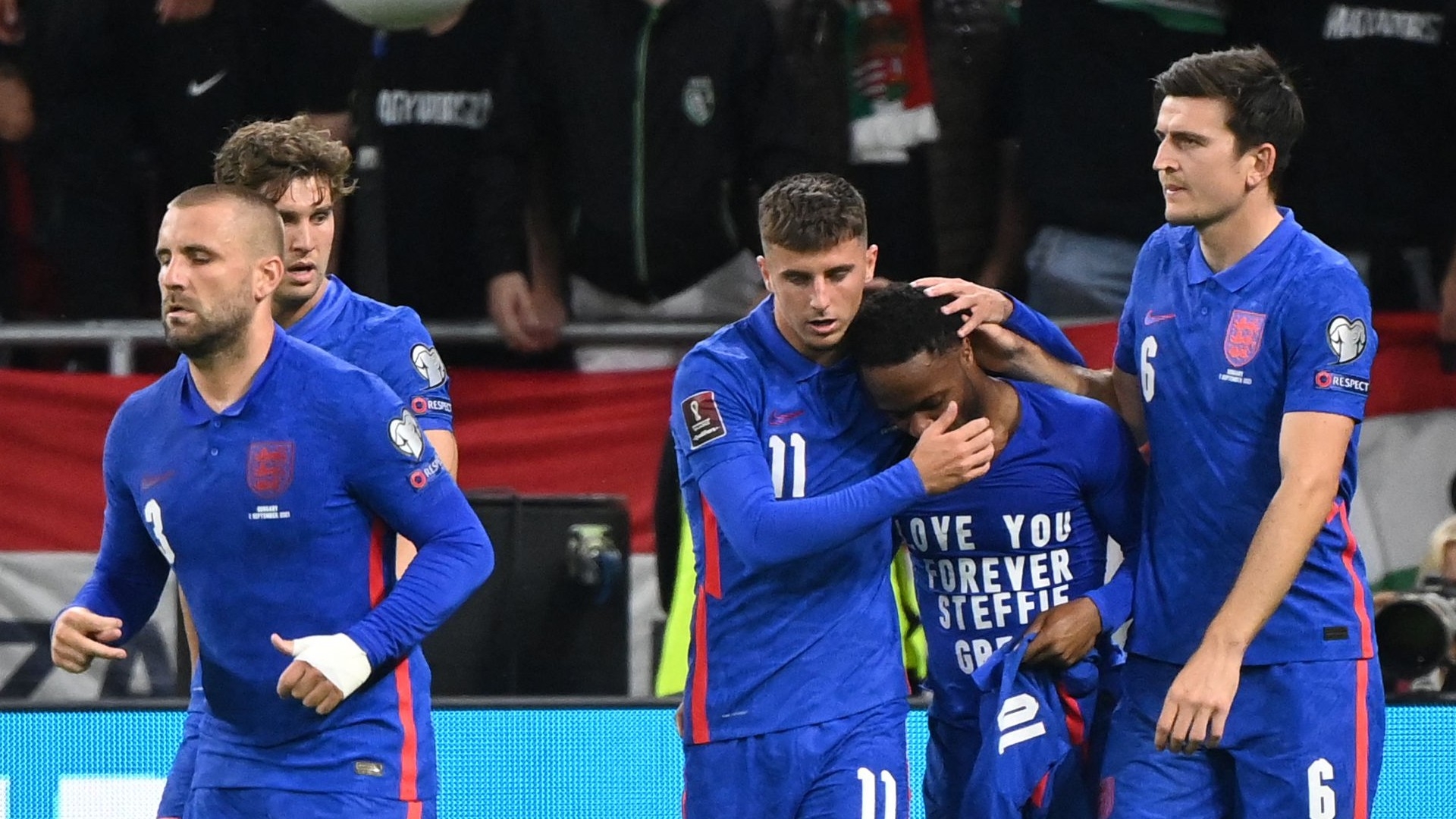 The Hungarian football association (MLSZ) has promised to issue two-year suspensions to the supporters who disrupted the World Cup qualifying defeat against England on Thursday, but made no mention of the alleged racist abuse directed at some of the visiting players.

England's 4-0 win at Puskas Arena was overshadowed by the behaviour of sections of the home crowd.

The Hungary fans jeered as the England team kneeled before kick-off in a protest against racism, allegedly aimed racist chants towards Raheem Sterling and Jude Bellingham and launched missiles at players during the match.

Hungary has reacted to the controversy by vowing to take action against those who threw paper cups and flares onto the field, but did not confirm if there would be any consequences for those guilty of racist abuse.

A statement read: "The vast majority of the 60,000 fans present in the Puskas Arena supported the teams in a sporting manner, cheering on the Hungarian national team even when the team was already losing. It is in their defence that the minority of disruptive ticket-holders need to be identified and severely punished.

"Fans entering the field of play, throwing flares and plastic cups are in the process of being identified. The MLSZ has already filed or will file police reports against them and will pass on any financial penalties to the perpetrators through civil litigation.

"Furthermore, at the end of proceedings, those found guilty can expect a two-year ban from all sporting events."

FIFA to take action against Hungary

FIFA has pledged to take "adequate" action against Hungary as a a result of the incidents that marred the clash in Budapest, a statement confirmed on Friday.

The nation has been the subject of disciplinary action already this year as UEFA issued a three-match ban for all supporters because of homophobic and racist abuse during Euro 2020, but the suspension did not apply to the World Cup qualifying match because it falls under FIFA's remit.