If you've followed MLS in any capacity throughout the last dozen or so years, you've almost certainly heard the term 'Retirement League'.

Much like the leagues in China and Australia, MLS has long been branded as a place for Europe's ageing stars to find a nice, soft landing place, and a whole lot of money, before facing the harsh realities of life without football.

That approach has seen some, like Thierry Henry and David Villa, expand their legacies by treating the league as yet another challenge to be dominated.

Others, like Steven Gerrard and Andrea Pirlo, will count their times in America as largely forgettable, an unceremonious footnote that leaves you wondering "Why did he have to go there?"

But, over the last few years, that narrative has started to shift. The days of older stars coming to North America aren't over, of course, but the way in which MLS does business is now entirely different.

It's not a league built on ageing stars looking for one last run, but rather young talents just beginning their journeys towards the top.

It's a league built around the Ricardo Pepis, Caden Clarks and Tajon Buchanans of the world: young Americans and Canadians emerging from two growing soccer nations.

It's also a league built around players like Talles Magno, Valentin Castellanos and Brenner: South American starlets that have chosen to take their next steps Stateside.

Inspired by the sales of Alphonso Davies and Miguel Almiron, clubs are now drawn into this new race of who can best identify the next multimillion-dollar player, one whose sale could change the trajectory of a club forever.

As the league prepares for the MLS Cup between NYCFC and the Portland Timbers, this 2021 season is just about to be wrapped up, and the biggest takeaway is just how far this league has come in developing the sport's next top stars.

"We're bringing in younger players," said MLS commissioner Don Garber. "I don't think there is, or should be in anybody's mind, this idea of people coming to Major League Soccer broadly as a place to retire.

"There are always going to be players that come over during the latter part of their careers, and Zlatan went to Milan when he was 37 or 38. I'm not worried about one or two players.

"It really is 'Where is our focus?', and the focus is on bringing in young players."

As Garber says, the focus has shifted in recent years, to the development, and the signing, of young players.

MLS academies are still in their infancy compared to their counterparts in Europe and South America, and several have already emerged as legitimate hubs of major talent.

Look at FC Dallas, which has produced Weston McKennie, Reggie Cannon and Bryan Reynolds, all of whom now play in top leagues in Europe. Ricardi Pepi will soon join them, with the FC Dallas striker likely set for a big-money move after exploding onto the scene as MLS Young Player of the Year.

Check out the Philadelphia Union, a team that fell just short of this weekend's MLS Cup. Brenden Aaronson is shining in the Champions League while Mark McKenzie is featuring for Genk in Belgium.

How did they replace their two stars? With another influx of young talent, players like Jack McGlynn and Paxten Aaronson, who look a year or two away from making their own major leaps.

That's one model. The other can be seen in clubs like Atlanta United or, most notably, in NYCFC when they take the field for MLS Cup this weekend.

For its first few years, NYCFC relied on those older stars. Villa, Pirlo and Frank Lampard were the clubs marquee signings, but actual success eluded them.

TALLES MAGNO FOR THE LATE LEAD IN THE CONFERENCE FINAL! 🗽⚽️ pic.twitter.com/29xPGPwcit

These days, the club is built differently. Utilizing City Football Group's vast scouting network, the club has uncovered some real diamonds in the rough, some key overseas veterans and, most notably, some talented youngsters.

This year's MLS Golden Boot winner Castellanos played just 31 games before coming to MLS. He scored just 17 goals in his first two-and-a-half seasons before truly breaking out with 19 goals this season at age 22. According to ESPN's Taylor Twellman, Castellanos could now leave this winter for a hefty transfer fee.

Magno joined the club this summer as one of Brazil's most highly-rated prospects. With leagues all over the world struggling due to the pandemic, South American leagues, in particular, have been hit hard financially. Some MLS clubs, meanwhile, have money to spend and the ambition and connections to make moves for a player of Magno's caliber possible.

Certainly one for the future, Magno is also one for the here and now, having come off the bench to score the late winner against the Philadelphia Union in the conference finals.

Situations like Magno's are now becoming the norm. This past summer, MLS teams spent more money and paid larger fees than ever before, as clubs are starting to see the benefit of investing in future stars of all shapes and sizes.

Look at Castellanos and Magno. Two South American stars, one unheralded and one backed by plenty of hype, are key to both NYCFC's title hopes. Money that was once spent on players known for their past history is now being spent on players that can define the club's, and the league's, present and future.

"It was really we were a buying league only," Garber said reflecting on MLS' past business, "and we needed to be like every other soccer or football league around the world: both buying and selling.

"We still are buying more than we're selling, but we are reaching the point where we're able to create a high value for the players that were investing in and becoming a league that is involved and engaged in the international marketplace, no different to any other league.

"We're on a path to achieving our goals on that front. We spent more money and bought more players than any time in the summer 21, more than in the last five seasons prior to that, so it is the balance that we're trying to achieve and I think right now we're in a fairly good spot."

Magno and Castellanos may well get their transfers in the future but, just this season, several young domestic stars sealed major moves to Europe. 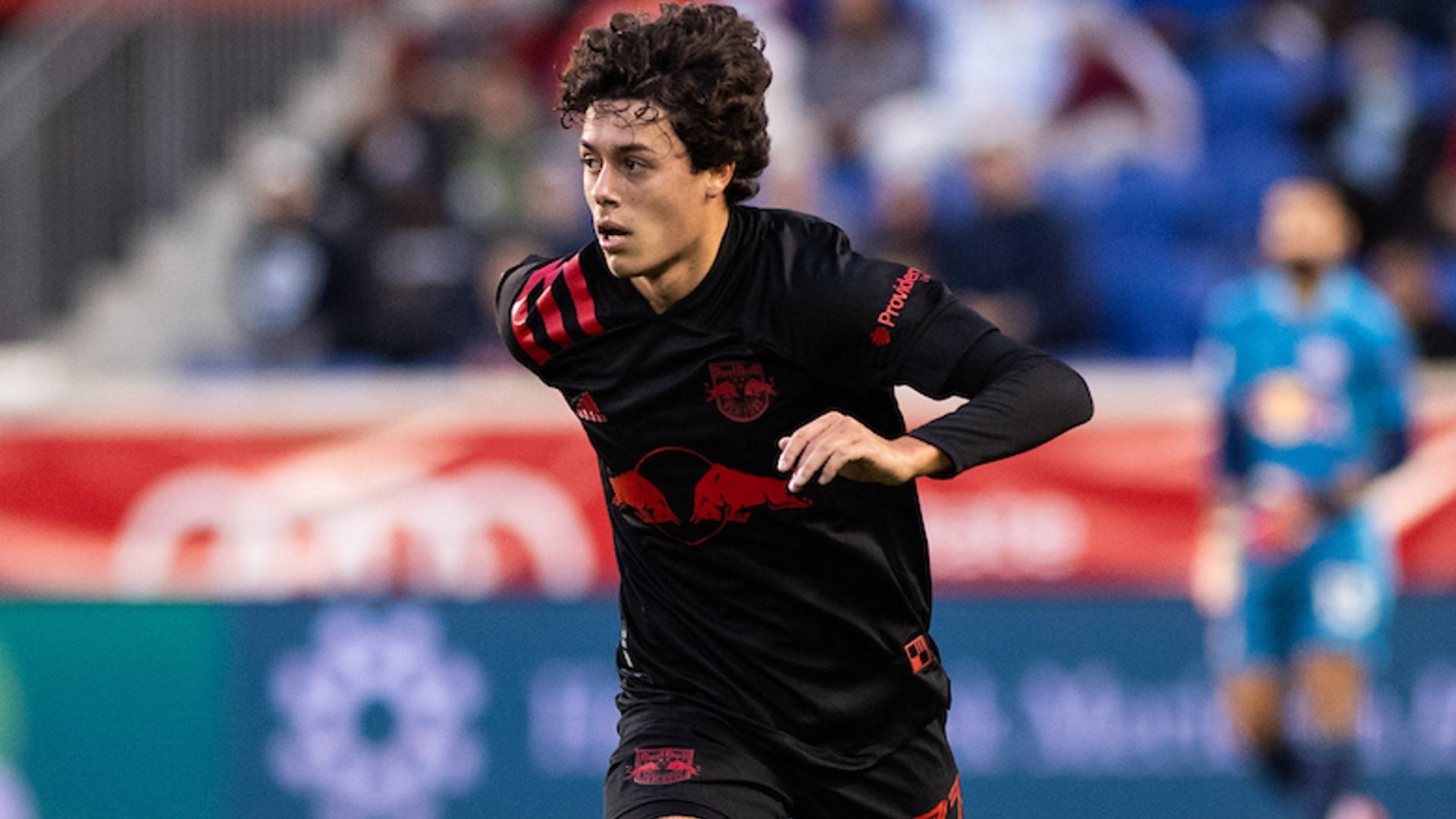 Clark is bound for RB Leipzig, having emerged as a star to watch with the New York Red Bulls in late-2020. That connection between New York and Leipzig is one mirrored by several MLS clubs, with FC Dallas to Bayern and NYCFC's connection with Manchester City the most notable.

And so Clark's transfer was always part of the plan, with MLS being the initial stepping stone to Europe.

"The platform [MLS] gives to the players is so important," Clark told GOAL last month. "Every European team is watching over here for young players as they see they're a big asset now in the market and for their team.

"So, I think staying this year was the best thing for me, to just prepare myself mentally and physically and to get the game minutes that I need to go over there and have some experience under my belt."

Buchanan's path towards Europe was less straightforward. The Canadian attacker has seen first-hand how the game has grown in his country, having watched the likes of Alphonso Davies and Cyle Larin use MLS to springboard themselves to Europe.

Like Larin, Buchanan's path went through college and, like Larin, the winger is now bound for Europe, Club Brugge in particular, after breaking out in MLS.

"The talent is starting to show," Buchanan told GOAL when asked about Canada's crop of young stars. "They have a lot of young guys coming up through the national team and a lot of vets that we're all learning from.

"We have a good balance, so the future is definitely bright for Canada with all the young talent coming through academies."

Since the start of 2021, MLS has seen a number of players make their moves to Europe. Aaronson and McKenzie did in January, as did Joe Scally and Bryan Reynolds. Sam Vines signed with Royal Antwerp this summer, while Gianluca Busio and Tanner Tessman are now in Serie A with Venezia.

Buchanan and Clark are following them this winter. Pepi almost certainly will too. Castellanos maybe too, and there are countless other young stars just waiting to be the next Davies, Tyler Adams or Miguel Almiron to shine in the biggest leagues in the world.

There's still room for players to move the other way. The league will always accommodate a player Gonzalo Higuain for the star power and talent involved.

It will also always benefit from overlooked in-their-prime stars like Carles Gil, Alejandro Pozuelo or Sebastian Blanco, the latter of whom could make the difference in MLS Cup this weekend if healthy.

But the era of the retirement league is long over. The MLS shop window is open for business, and business is just starting to get good.