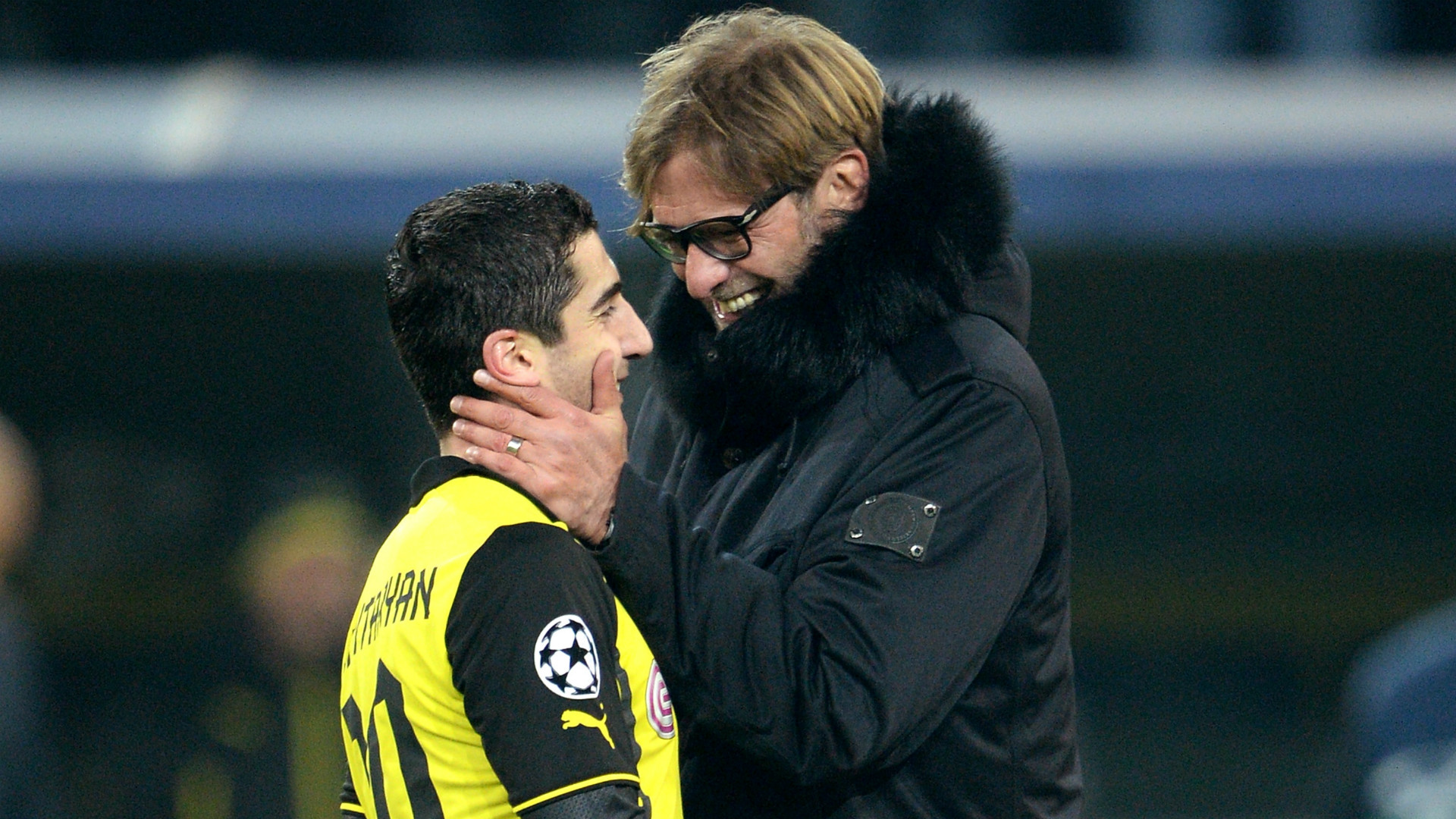 Henrikh Mkhitaryan’s status as the creative catalyst-in-chief for showdowns between Liverpool and Manchester United had been mapped out years in advance of his £30 million switch to the latter last July, albeit with a different outcome.

Armenia’s all-time top scorer had been scouted and analysed by the Reds’ recruitment team for a lengthy period and the ‘priority target’ tag was affixed to him three years prior to his arrival at Old Trafford.

Brendan Rodgers even engaged in a few conversations with Mkhitaryan over the phone in 2013, explaining how the attacking midfielder would dovetail with Steven Gerrard and Luis Suarez, and why he would be perfect for the club's progressive blueprint.

The calls slightly swayed Mkhitaryan into thinking he should swap Shakhtar Donetsk to line up regularly at Anfield but, two weeks later, he was certain Borussia Dortmund were the superior option.

The man who denied Liverpool a key signing is now their manager - and Jurgen Klopp will need to formulate a plan to stifle Mkhitaryan’s game, which the Reds boss once enriched, ahead of Saturday’s encounter on Merseyside.

The German had cut short an island holiday four years ago to meet the multi-faceted talent and ultimately change his mind. "I had chosen Dortmund because I liked the way they play there,” Mkhitaryan told 11 Freunde. “The players also liked me - and then there was the great coach, Jurgen Klopp.

"After I had talked to him, the decision had been made for me. I only wanted to go to Dortmund."

Mkhitaryan produced 13 goals and 10 assists across all competitions during his first season at the Westfalenstadion but, as BVB suffered with injuries and a crisis of confidence in the following campaign, his form dwindled with Klopp departing at the end of that term.

Thomas Tuchel’s appointment as his successor galvanised Mkhitaryan, with Dortmund employing a more controlled approach that better suited the playmaker’s style and sparked Jose Mourinho into motioning for his addition at United.

However, the lesson the 28-year-old most holds most dear from his time in Germany was delivered by Klopp.

"When I came to Dortmund, Jurgen Klopp told me that I had to let go, and that it's not good to think about football all the time,” Mkhitaryan said. "I started to understand what he meant, and so slowly, this part of me has changed.”

As he battled to fully execute Mourinho’s demands last season, finding himself on the fringes for nearly three months rather than being the forwards' facilitator, he revisited the advice his former boss had given him.

"I am thankful to Klopp. He worked on my personality and the psychological part," Mkhitaryan explained to Football Focus in February.

“At Dortmund, I was very stressed after a few games when we were playing really bad. Klopp showed me the way. He supported me and told me I had to keep my head up because good things were coming. He helped me to become a better player."

The 50-year-old reflected on the gifted footballer's struggles two days before his final Bundesliga game in charge of Dortmund, which he put down to often unrealistic expectations.

“When it comes down to it, 99 per cent of people would be happy to have Mkhitaryan’s problems,” Klopp said in Reading the Game. “There is no doubt in my mind that he is one of the most talented players in the world.

“He possesses an incredible combination of speed and technique. There’s very, very few you can say that about.

“There’s a reason why the world’s best chess players come from Armenia like Mkhitaryan. Yes, other countries product chess players, but Armenia produces far more than could reasonably expect.

“They’re thinkers, they’re hard workers, they graft. And if things aren’t working out, then the problem lies with you somewhere - you start to blame yourself.”

At Anfield this weekend, it will be United’s No.22 - sans the self-inflicted doubt - that has to be shut down if Klopp is to earn a first league win against Liverpool’s fierce rivals.

Mkhitaryan’s five top-flight assists in the campaign is only bettered by David Silva (6). Functioning predominantly as their playmaker in the centre of the pitch having featured largely on either flank in 2016-17, he is averaging three key passes per game, has executed 17 through-balls and created 11 big chances.

Therefore, thwarting Mkhitaryan will starve Romelu Lukaku and the rest of United's attacking arsenal of ammunition when they attempt to capitalise on the hosts' expansive attitude.

Liverpool had envisioned Mkhitaryan being decisive for them in these kinds of fixtures and the Reds boss taught him how to be better psychologically prepared for them but, on Saturday, Klopp's side have to ensure he is on the fringes for United again and not their facilitator.