“You want me to give you a name?” says Alex Inglethorpe with a knowing smile. “Surprise surprise!”

We are sat in his office on the first floor of Liverpool’s Academy building in Kirkby, and Inglethorpe is in good spirits.

It is a fortnight before the Champions League final, where the Reds’ senior side will clinch a sixth European Cup success against Tottenham, his former club.

In an informative, hour-long chat, we have reflected on his time at Spurs , coaching the likes of Harry Kane, Danny Rose, Andros Townsend and Harry Winks.

We have spoken about England and the raft of talent emerging through the age groups, and about Trent Alexander-Arnold, whose rise to stardom has been as rapid and as impressive as any.

It’s the next generation, though, which really interests  Goal , and Inglethorpe too.

“OK, a name,” Liverpool's Academy director says, fixing a stare. “Layton Stewart. Look out for him; he can be anything he wants to be.”

High praise, indeed. Especially given Inglethorpe, earlier in our conversation, had described himself as someone who “is not easily pleased".

Stewart, though, has his attention. And given what the young striker has shown in the last 10 months, we can safely say that Inglethorpe knows a player when he sees one.

With 16 goals, the young Scouser has impressed in his first full season at under-18 level. And though his progress has been slowed by an ankle ligament injury of late, the 17-year-old has already shown enough to catch the eye of Jurgen Klopp.

Stewart, Huyton-born and a lifelong Liverpudlian, has already had a taste of what it’s like to be a first-team player at Anfield.

He’s trained with Klopp’s senior group at Melwood, and in December he was on the bench, albeit in unusual circumstances, as with the first-team in Qatar for the Club World Cup, Neil Critchley’s under-23 side lost at Aston Villa in the Carabao Cup quarter-final .

Stewart had only made his Premier League 2 debut the previous weekend, but his goalscoring instinct, his sharpness and his personality have helped him climb the ladder swiftly.

“I like the pressure,” he says, and his record this season suggests he’s absolutely spot on. 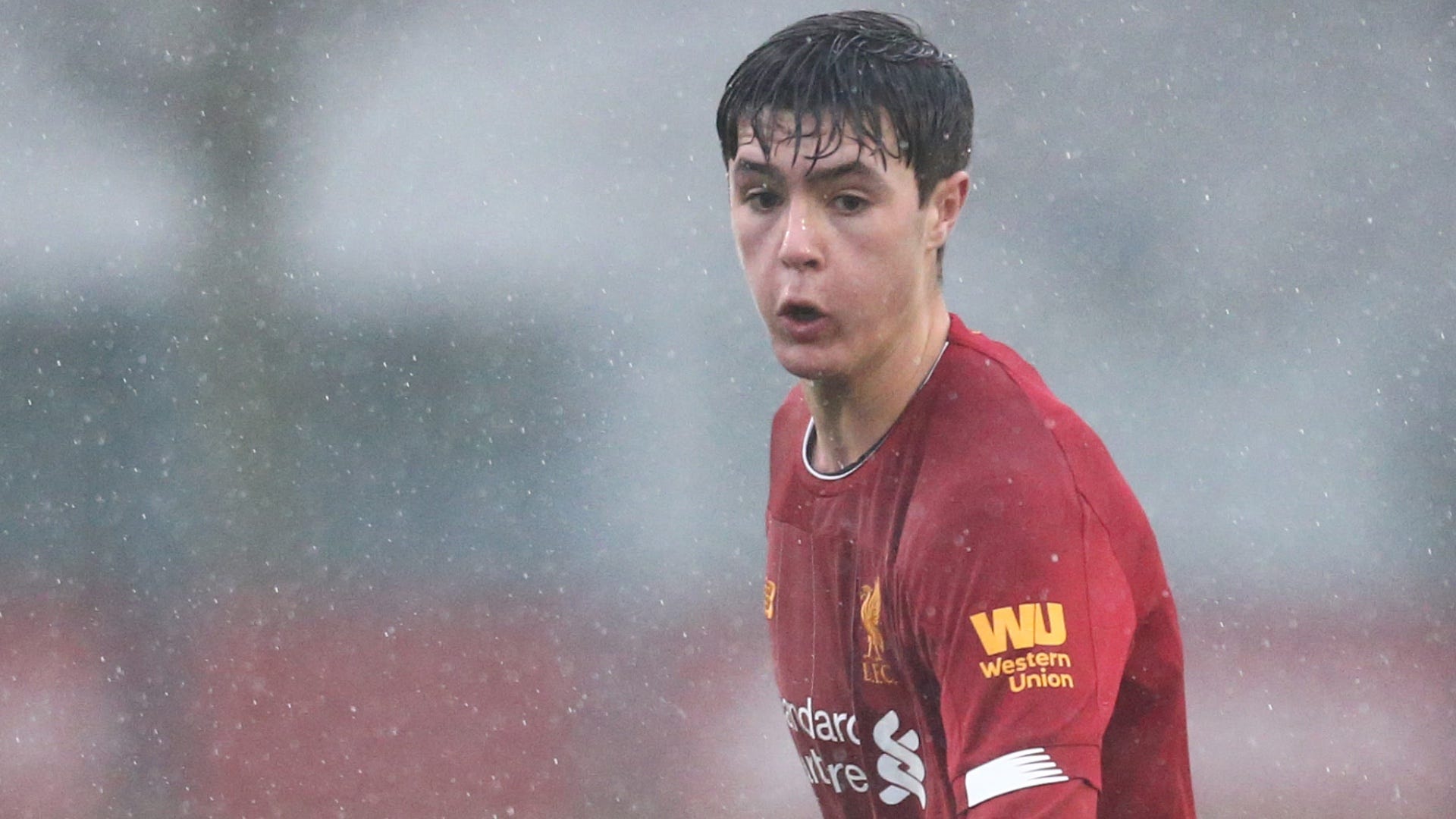 There have been big goals – a late, spectacularly-taken winner against Stoke and a last-gasp equaliser at Napoli in the UEFA Youth League, for example – and goals in big games.

Stewart netted against both Everton and Manchester United, and in November was on target against Football League opposition as the Reds’ Leasing.com Trophy campaign took them to League One side Accrington.

“He’s been with us a long time,” says under-18s coach Barry Lewtas , who worked with Stewart previously as an under-16.

“The journey is a long one, there are plenty of parts he wants to improve but in fairness to him, he’s been attentive, he’s bought in from day one and he’s been listening every day.”

Stewart certainly has something. See his finish against Stoke for example; a deft, first-time flick with the outside of his foot over an advancing goalkeeper, or witness his superb assist for Jack Bearne’s winner away at Salzburg in December.

There is something of Fernando Torres about him in the way he slows down defenders before accelerating sharply into space behind them. Confidence, clearly, is no issue.

“I like being within the goalframe,” he told LFCTV recently. “My main attribute is running forward, getting in behind defenders.”

His development, of course, is ongoing. Prior to his injury, he had been working with Inglethorpe and Reds legend Steve Heighway to improve his heading, while Lewtas has had him focusing on being on the half-turn when receiving the ball, asking him to stay involved in games even when things are not falling as he would like.

“He pushes me every day,” Stewart says.

Coming from a family of Reds – “it runs right through us,” he says – there is pride every time he pulls on the red shirt. His mum attends each and every game, and the rise of Alexander-Arnold, a fellow Rainhill High School pupil, with the first team provides an obvious inspiration.

Watching the movement of Roberto Firmino, Sadio Mane and Mo Salah from his seat in the stands at Anfield, meanwhile, can only benefit a young frontman.

Sooner or later, though, he hopes to have a closer view of such players. In January, he signed his first professional contract. The hard work starts now.

“I want to be around the first team,” Stewart says.

He’s got a long way to go, for sure. The road to the top is fraught with danger, however talented you are.

But if Stewart wanted to prove Inglethorpe right, that he can be anything he wants, then he’s not started badly.