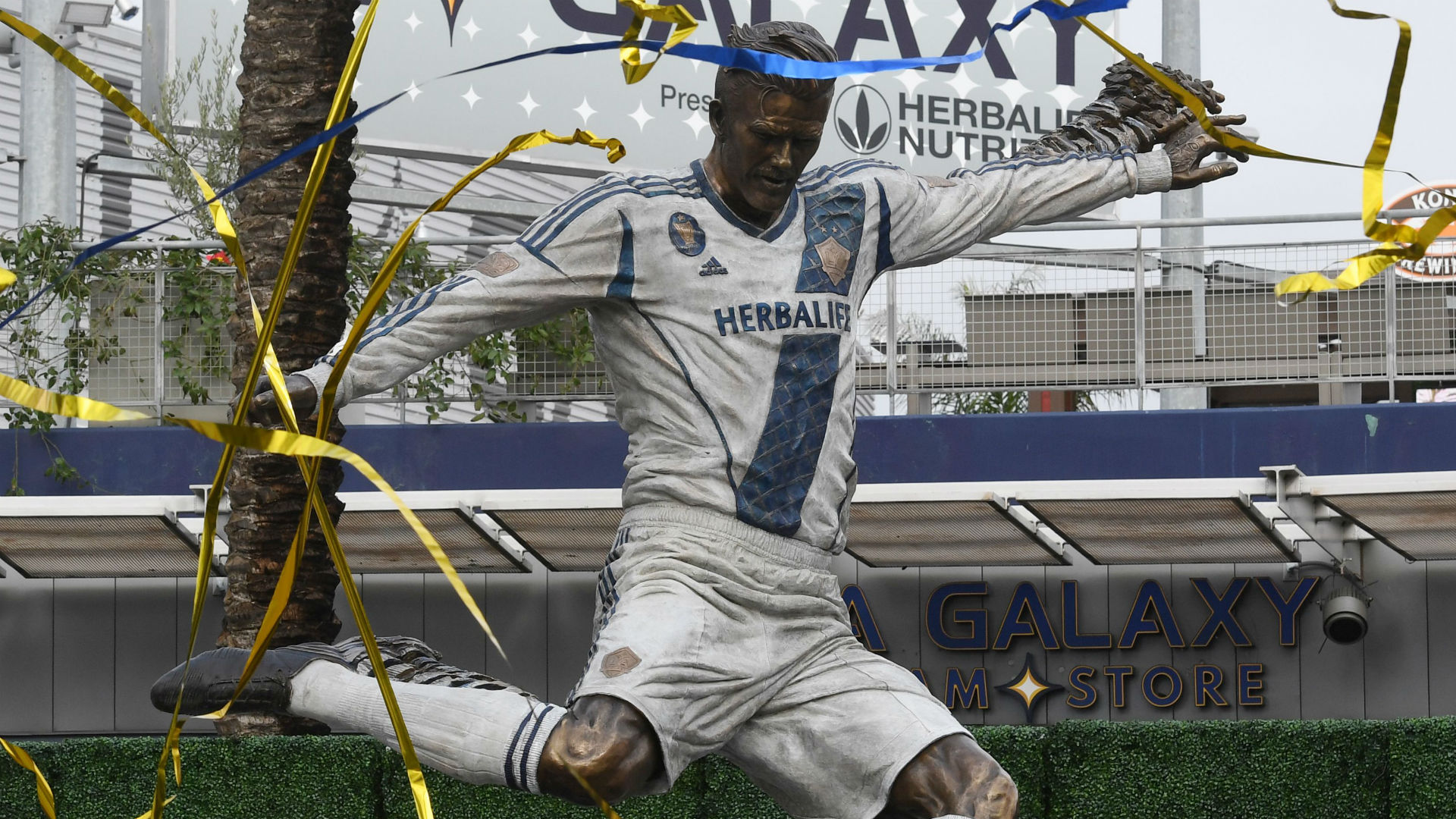 The LA Galaxy unveiled a statue of David Beckham ahead of the club’s 2019 Major League Soccer season opener on Saturday night.

The statue has been placed near the main entrance to the Galaxy's Dignity Health Sports Park, with a host of club and league icons, such as former coach Bruce Arena and MLS commissioner Don Garber, attending the unveiling ceremony.

Beckham joined the Galaxy in 2007 as one of the first marquee signings in MLS history and he played for the club through 2012, helping the LA side to two MLS Cup titles and two Supporters’ Shields on a star-studded team that also included U.S. national team hero Landon Donovan and former Republic of Ireland international Robbie Keane.

"There is no doubt that our league wouldn’t be what it is today if David and his family didn’t make that decision back in 2006 to join the Galaxy and then our league the following year,” Garber said at the ceremony on Saturday.

The former Manchester United and Real Madrid star was the first player ever signed under the designated player rule in Major League Soccer, with his arrival in North America signaling a change in the way the league approached landing top players.

Other global stars like Thierry Henry, Steven Gerrard, Didier Drogba and Zlatan Ibrahimovic have since followed, but Beckham will always be seen as something a trailblazer in making the jump to MLS.

“My commitment to this club, to this league, to this country, was always a lot more than just on the field,” he said during the unveiling ceremony.

The statue, thought to be the first of its kind for an MLS player, is just the latest mark he has left on the league, but it won’t be the last.

Beckham is part of the ownership group bringing MLS to Miami, with Inter Miami CF set to begin play in 2020.

Julie and Omri Amrany, the statue’s creators, have made similar iconic statues for American sports stars in the past, having created likenesses of NBA stars Michael Jordan in Chicago and Kareem Abdul-Jabbar in Los Angeles, along with one of NHL legend Gordie Howe in Detroit.