The Lakers legend discovered love for the game in Italy, and has now found a way to reconnect with the sport as part of BODYARMOR's latest deal

Some of Major League Soccer's biggest names assisted in a youth skills challenge at Los Angeles FC's Banc of California Stadium on Wednesday morning. There was Orlando City star Nani, a four-time Premier League champion with Manchester United. There was Alejandro Bedoya, a World Cup veteran with the U.S. national team. There was MLS Cup winner and Seattle Sounders midfielder Nicolas Lodeiro, who has also claimed a Copa America crown with Uruguay.

There were a lot of international trophies on that field on Wednesday morning, but it wasn't Nani, Bedoya or Lodeiro that members of the LAFC U-12s turned to for advice. Their presence was great, sure, and their encouragement and celebrations will be memorable for a talented group of youngsters. But the man that commanded their attention, the one who they ran to after each penalty kick, never won a Champions League or Premier League. In fact, he never kicked a ball at the highest level, although he was the most accomplished athlete peering on through the bright Los Angeles sunshine.

That onlooker was Kobe Bryant. The Los Angeles Lakers legend tried to stand towards the back of the group of onlookers, out of the spotlight, but there was no doubt who was the focal point of this day. "That's Kobe Bryant!" one young player yelled, grabbing his teammate by the hand and darting towards the man affectionately known as the Black Mamba.

While Bryant will be remembered as one of basketball's all-time greats, the former Lakers star's passion for soccer has never been a secret. He was introduced to the game as a six-year-old while living in Italy and, as his basketball career took him heights to matched by very few, Bryant has always had an interest in the beautiful game.

“We gotta focus on wining this game, though.” - @kobebryant

That interest has always been highlighted by fandom and appreciation but, on Wednesday, Bryant and his company BODYARMOR took a step further by officially throwing their support by MLS.

On Wednesday, Bryant, BODYARMOR and MLS kicked off a multi-year partnership that will make the company the official sports drink of the league. The former Lakers star reportedly owns a 10 percent stake of the surging drink brand, which announced exclusive team partnerships with 19 different MLS clubs as part of the biggest sponsorship deal in the company's history.

For BODYARMOR, the deal represents a chance to partner up with another growing brand, MLS, as the league prepares to kick off its 25th season. But for Bryant, the deal brings him back to a sport he's loved since childhood while giving the former NBA star a chance to play his part in that game's growth in North America.

"To be able to fast forward to now and to see the energy put behind MLS and the support behind it, I wouldn't say it's surprising," Bryant said. "I've always appreciated the game and what a beautiful game it is. I knew eventually it would catch on."

Bryant's appreciation for the sport dates back to childhood. The then-six-year-old played frequently while living in Italy, and has credited his time as a soccer player for helping develop the vision and footwork that made him famous on the basketball court. When he moved back to the U.S. a few years later, Bryant's focus turned solely towards basketball, a decision that obviously worked out fairly well for the future NBA Hall of Famer.

The former NBA star has never been far from soccer, though. He's frequently showed up to support AC Milan, his childhood team. He's featured in advertisements with Lionel Messi and Ronaldinho and he's played in charity matches alongside the likes of Pep Guardiola and Alex Morgan. 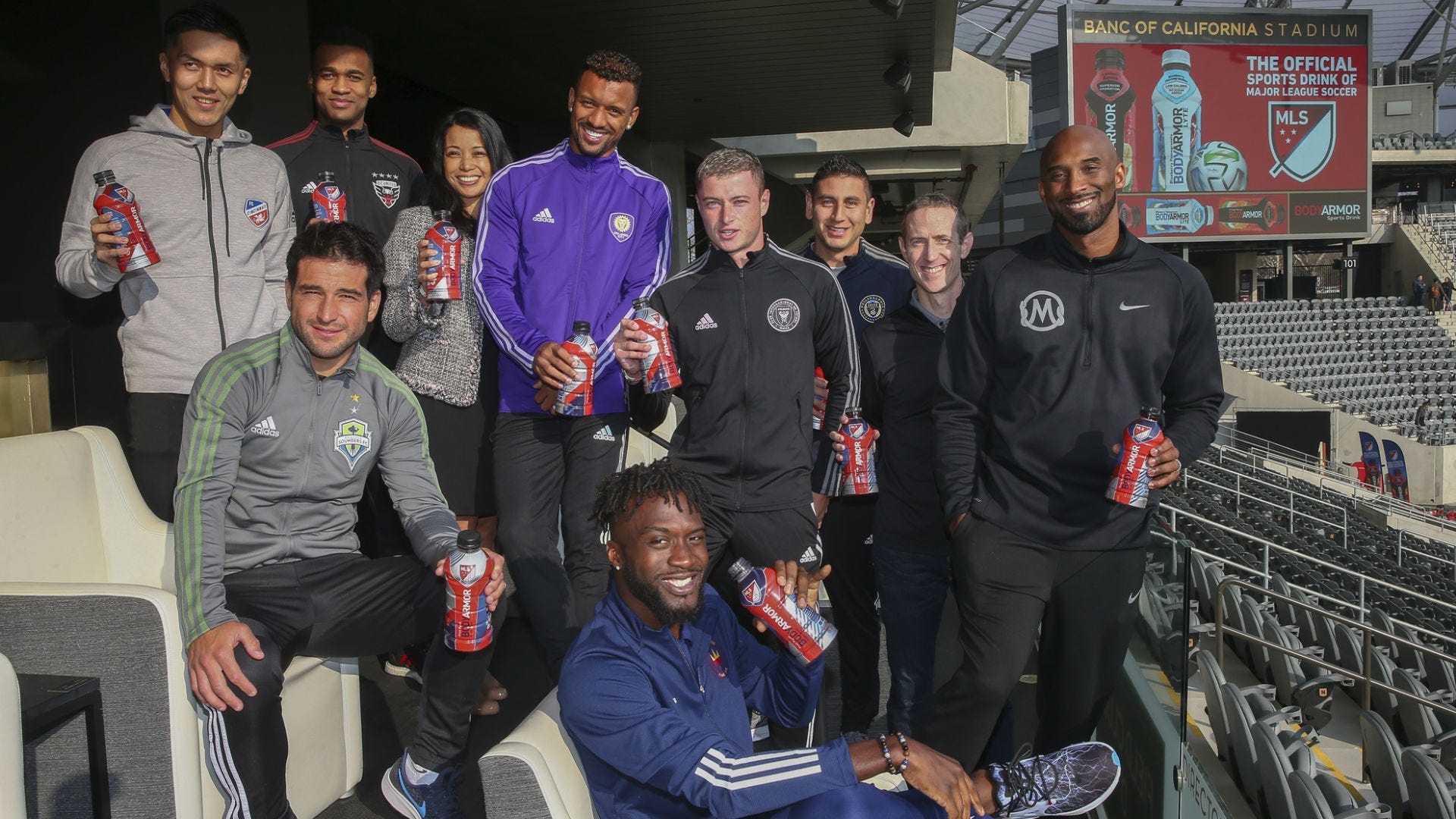 And he's not the only NBA star to state his admiration for the game as, in recent years, a connection has developed between the NBA's biggest stars and some of Europe's most recognizable players. Antoine Griezmann has frequently discussed his basketball fandom, taking routine trips to the U.S. to attend playoff games and follow his favorite player, Derrick Rose. Miami Heat star Jimmy Butler has travelled to Paris to support Neymar and has hosted Paul Pogba in South Florida. New Orleans Pelicans forward Josh Hart has shown his support for Christian Pulisic and Chelsea, while NBA legend Tony Parker and now-Montreal Impact coach Thierry Henry have long been friends.

Bryant says that that two sports are naturally connected because of their similarities, causing many who play them at the highest level to develop a passion for their counterparts.

"It's the connectivity of the sport itself," Bryant said. "You have to use each other. You have to communicate with each other verbally and also through the ball itself. You have to read each other, open space for each other. There are a lot of similarities between basketball and the way that soccer is played."

D.C. United forward Ola Kamara added: "I am a basketball fan. I didn't grow up with it, but soccer players like it because you see the athletic part of it. You see the skill with the ball that you have to have. You know how much practice that takes. It's easy for that game to recognize that, and vice-versa."

Some NBA greats have taken that passion a step further by joining the ownership ranks. Laker legend Magic Johnson is a part-owner of Los Angeles FC while Bryant's former Laker teammate Steve Nash has been involved with the Vancouver Whitecaps and Mallorca. Houston Rockets star James Harden has a stake in the Houston Rockets while Lebron James, the Lakers' current megastar, has a minority share in Liverpool.

But Bryant prefers to stay in his current role of spokesman and supporter, at least for the time being.

"I have looked at several opportunities. I'm not really big on owning franchises or sports teams, per se. But you never know. If the right opportunity comes along, it's something that I'll definitely look at."

On Wednesday, he wasn't a basketball player or coach. He wasn't instructing fundamentals or technique, as that was left to the likes of Nani, Lodeiro, Bedoya, Kamara, and the other MLS stars in attendance. Instead, he was some combination of a fan and a businessman, as one of his childhood games collided with his post-playing career passions.

"Hopefully with my involvement, it will help in some of these markets with storytelling," said Bryant, who has also branched out into media since retiring from basketball, winning an Oscar in 2018 for his short film Dear Basketball.

"But the most important thing in some of these newer markets that are coming now, it's the marketing and storytelling of the players. It's about who they are, the beauty of the game, educating fans about beautiful play and things of that nature. With BODYARMOR and our partnership, we're absolutely looking forward to doing those stories and getting that word out there. With my name, hopefully, I can help."