One of the main reasons why Bayer Leverkusen are heralded across Europe is their incredible ability to track down and develop talent.

Leverkusen, a city known primarily for pharmaceutical company Bayer, has become one of the most important football centres in Germany. The city is a laboratory, both for medicine but also for developing sporting talent.

Since the days of Michael Ballack, the BayArena has become a popular destination for up and coming youngsters.

On one hand, there is a strong international scouting network that allowed Leverkusen to snap up Arturo Vidal and Dimitar Berbatov, while the club's ability to fish talent from other German academies has allowed them to nurture young prospects.

Julian Brandt – now with Borussia Dortmund – was signed from Wolfsburg's youth sector, while Champions League winner Kai Havertz is another shining example of their ability to identify top-quality youngsters and develop them. Now it's Florian Wirtz's turn.

In January 2020, Bayer Leverkusen broke a pact established with other teams in the North Rhine-Westphalia region not to poach each other's academy players – and it didn't take much to see why Wirtz was worth the souring of their relationship with Koln. 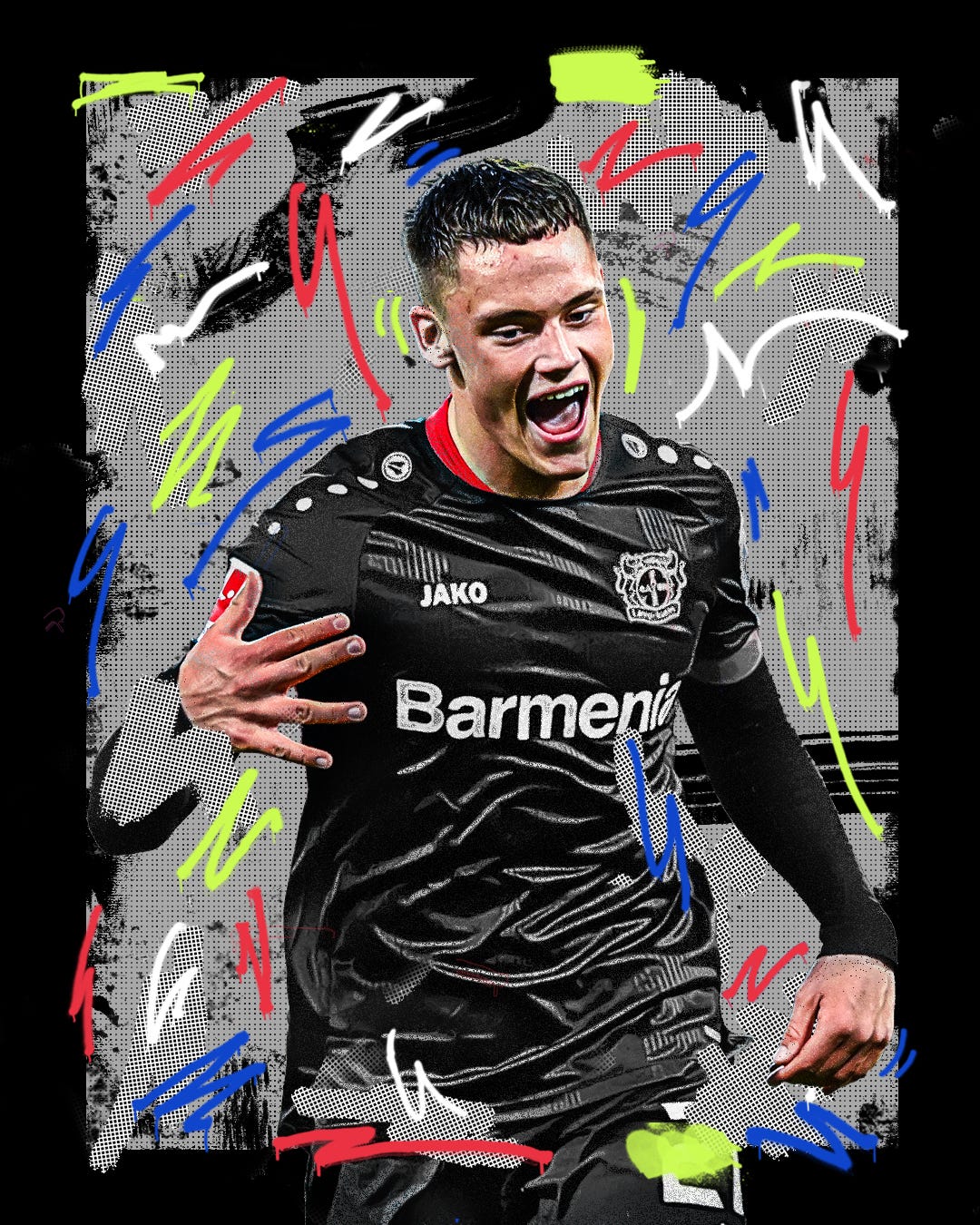 In 2019, the attacker, having already established himself as part of Germany's youth set-up, went on to lead Koln's U17s to Bundesliga glory, beating Ansgar Knauff and Youssoufa Moukoko's Dortmund in the final, scoring some crazily good goals from midfield along the way.

It was around that time that Wirtz felt he could take his game to a higher level and wanted more opportunities for first-team football. He quickly accepted Leverkusen's offer, moving 15 kilometres north in what resulted in a winning move for both parties.

"The best product from Koln's youth system in the last 30 years," declared Kolner Express, with Wirtz linking up with his sister, Julian - who plays for Bayer's women's team - to aid the settling-in process.

With the Bundesliga leading the way in being the first league to return to action following the first Covid-19 lockdown, youth leagues remained suspended and the DFL advised teams to incorporate their academy players into senior training in order to keep them fit.

Wirtz didn't take long to convince Peter Bosz that he was ready to make the next step, as the the Leverkusen head coach benched first-team stars in favour of the club's new attacking talent. He was to be quickly rewarded.

"I never talk about a single player, but I have to make an exception for him. He played well and he was important for us.

It's always special to make your debut, especially at 17. He wasn't nervous at all, it was a good performance."

- Peter Bosz after Bremen vs Leverkusen.

He was given 61 minutes in his debut, and not even a double from Havertz managed to steal the headlines away from Wirtz in a 4-1 win. The then-17-year-old sparkled as he broke Kai's record as the youngest debutant in Leverkusen history.

Just 19 days later he became the youngest goalscorer in Bundesliga history, ousting Nuri Sahin's record that had stood for nearly 15 years. Not only that, he achieved the feat with a beautiful shot from his "weaker" left foot against Bayern Munich goalkeeper Manuel Neuer, no less.

The record only stood for six months as Dortmund sensation Moukoko would go on to break it, but Wirtz had already long since announced himself; another star was born.

Since his debut, Wirtz has never been dropped from the first team. Bosz moved the youngster into a more central position, allowing him far more time on the ball and more involvement in the game.

It worked. Calm in possession, Wirtz makes intelligent runs and has a decision-making ability that is beyond his years.

"He's not only a player of promise for the future," former Leverkusen midfielder Simon Rolfes said of the teenager who finished sixth in Goal's 2021 NXGN series. "He is imperative to the club's sporting success in the present. He has everything he needs to become a top Bundesliga player in the next few years."

In the 2020-21 season, he was the fifth-most utilised outfield player for Leverkusen, either making the starting XI or coming on from the bench on every occasion that he was available.

As is often the case, Bayer's year was a mixed bag of performances and results.

They were battling it out at the top of the Bundesliga for much of the first part of the season, but won only five league games from January onwards and were eliminated from the DFB-Pokal by Rot-Weiss Essen, a fourth division club. They were also booted from the Europa League by Young Boys. 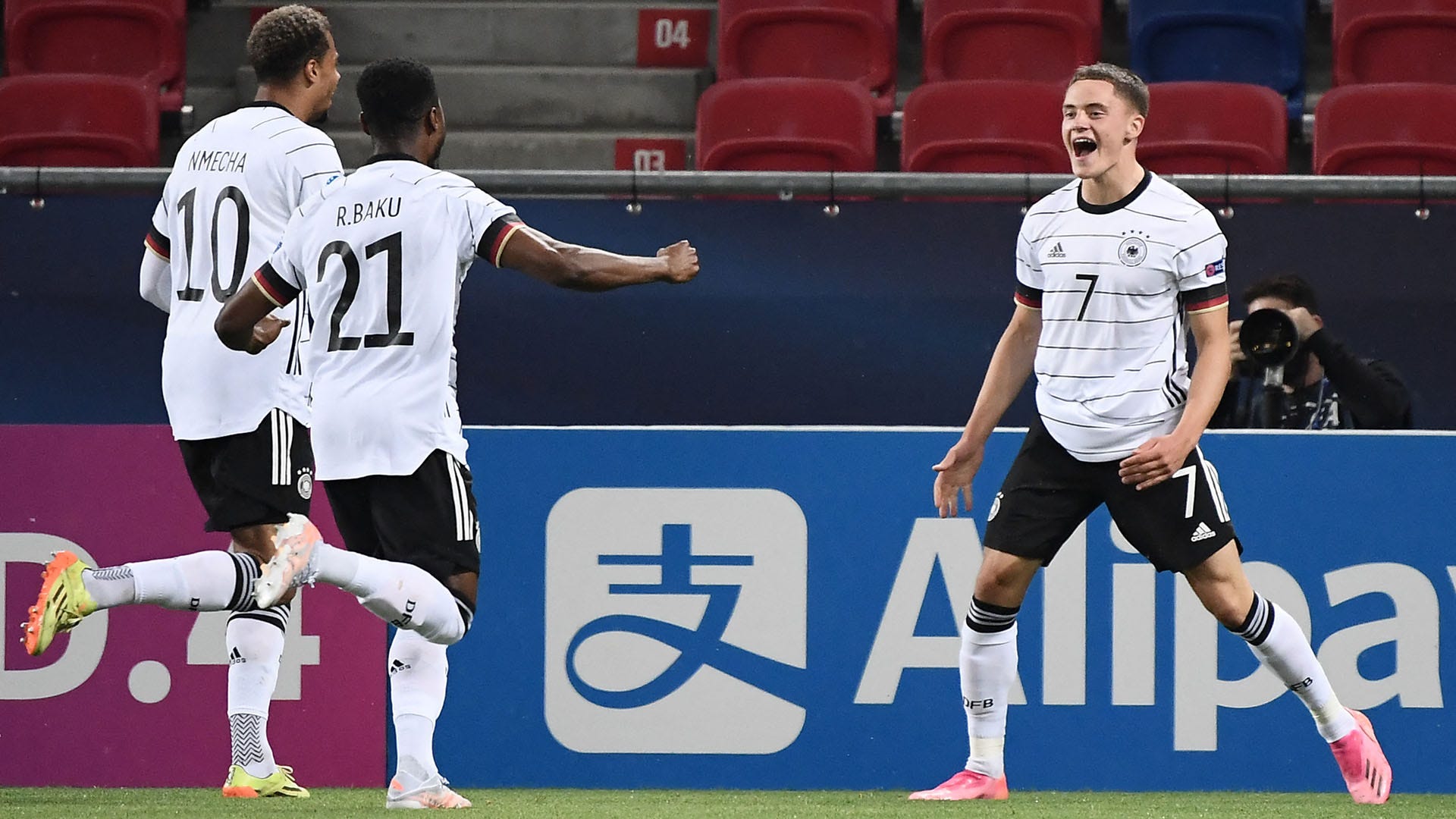 Regardless of Leverkusen's form at any given time, Wirtz continued to deliver proof of his ability with stunning goals - such as the delightful skill and scooped finish in the 4-1 win over Hoffenheim in December - and performances of the highest standard

He was excelling even against the toughest of opponents too, with Wirtz's best game arguably coming in the 2-1 defeat to Dortmund in January 2021, while in March he was rewarded with a call-up to Joachim Low's Germany squad.

Although he didn't feature in any of those three World Cup qualifying games, the experience would've been valuable for Wirtz and we would go on to celebrate his 18th birthday in style in May, as he was awarded with a new Leverkusen contract that would run until 2026.

The teenager would have been dreaming of a place in Low's Germany squad for the European Championship, but despite not making the cut he has not allowed his head to drop and continues to excel at Under-21 level.

Indeed, he scored both goals in the U21 European Championship semi-final win over Netherlands, and will be hoping to make a big impact in Sunday's final against Portugal.

In Germany, Wirtz is considered one of the pillars of the national team's future, as well as one of the top talents that the country has produced in recent years.

He may not have made Low's squad for the Euros this time around but it is widely believed that he, together with Jamal Musiala and Moukoko, will be at the centre of Hansi Flick's Germany team in the future.

From Ballack to Brandt, Havertz to Wirtz. They clearly know how to make them in Leverkusen.