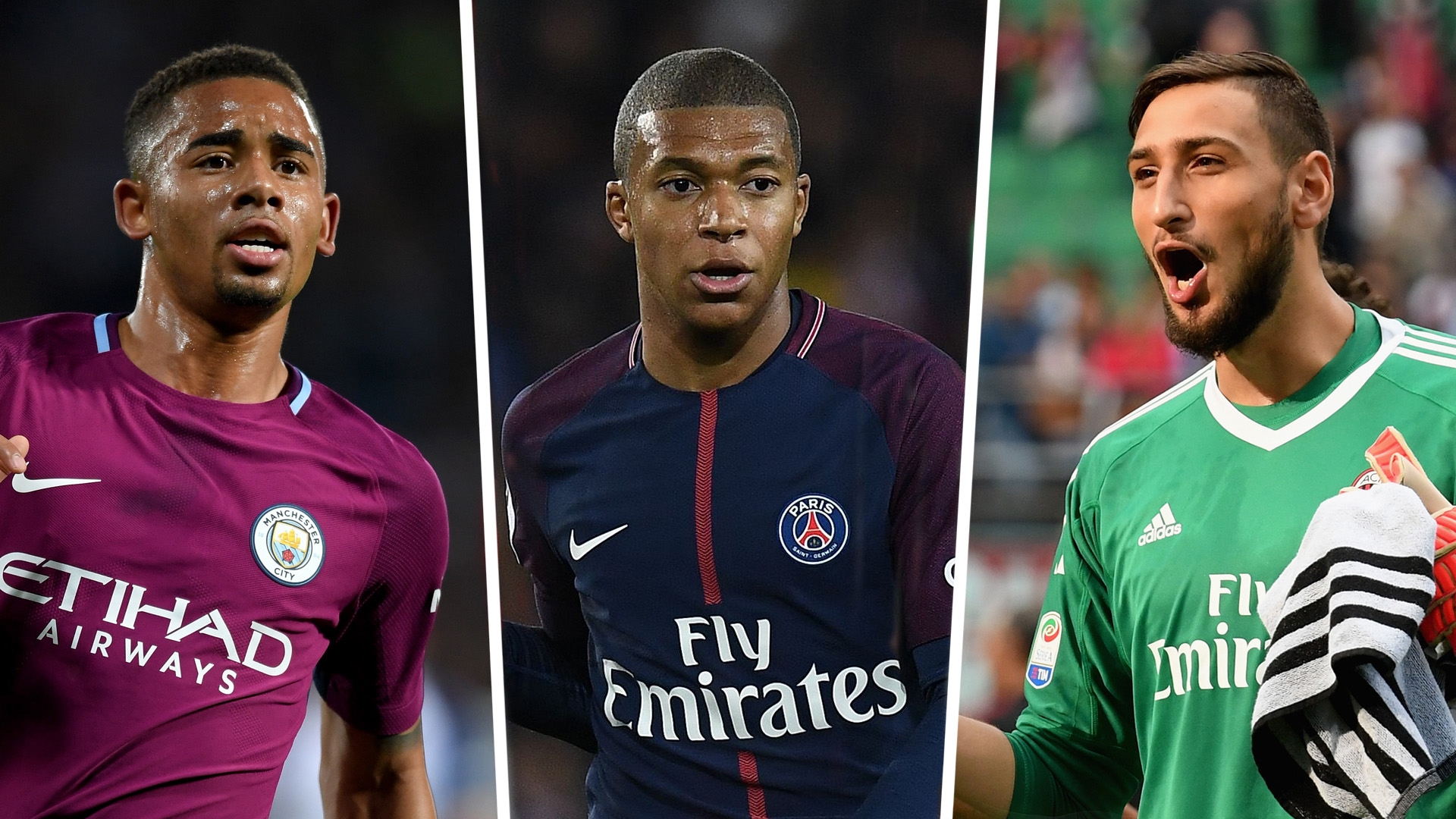 Everyone loves a wonderkid! From Freddy Adu (remember him?) to Cristiano Ronaldo, all the way up to Kylian Mbappe, nothing captures a football fan's imagination quite like a highly talented prodigy.

And that's exactly what makes FIFA career mode so great. There is nothing more satisfying than rooting out a diamond in the rough, paying peanuts, and turning him into a world-beating superstar.

This year is no different, and with football fans now well invested into this year's edition, we have put together a list of the best players in their positions under the age of 20 that you may have missed in FIFA 18's Career Mode. Get that shortlist out!

We have updated this list to reflect the winter upgrades following the January transfer window, which have seen some of the world's best teenage talent get boosts to their overall and potential scores in FIFA 18.

Goal's 2017 NxGn winner Gianluigi Donnarumma is widely regarded as one of the finest goalkeepers to emerge in world football in recent years, and that is reflected in his rating on FIFA 18, as he has the potential to be one of the highest-rated players in the game, almost at the level of PSG's brilliant teenager, Kylian Mbappe.

Alban Lafont just turned 19 in January, but he has played over 100 times for Toulouse, and could reach an 89 rating in FIFA 18. England Under-20 goalkeeper Dean Henderson spent 2017-18 on loan at Shrewsbury Town from Manchester United, proving himself as a quality young shot stopper.

There are a number of excellent teenage prospects that are valued at less than £1m, including Benfica's Mile Svilar and Christian Fruchtl of Bayern Munich, who may not be ready to play immediately, but have fantastic potential.

Every great team is built on a solid defence, and there could be some absolute monsters in FIFA 18!

Ajax youngster Matthijs de Ligt leads the way, with a potential ability of 89, while Timothy Fosu-Mensah, who was loaned out to Crystal Palace from Manchester United, could become one of the very best defenders in England.

Real Madrid's young Spanish defender Jesus Vallejo received a boost in the winter ratings refresh, and can now reach the same rating as De Ligt, having seen his potential increase from FIFA 18's initial launch rating of 85 to 89.

Similarly, Dayot Upamecano has been excellent in the Bundesliga for RB Leipzig this season following his transfer from Red Bull Salzburg in January 2017. His form in 2017-18 has seen him get a huge upgrade from 69 to 75, which has a knock-on effect on his in-game potential.

Elsewhere, Football League Player of the Year Ryan Sessegnon looks like a potential career mode bargain, starting out with a value of just over £1 million at Fulham, with a potential rating of 86, while Tottenham could have a central defensive partnership for the ages, with Juan Foyth and Cameron Carter-Vickers potentially reaching 86 and 85 respectively.

What is it with French football and wonderkids? Youri Tielemans, formerly of Anderlecht, is a young midfielder with bags of potential, as evidenced by this very list. He won't come cheap in career mode, with a base value of just over £20m, but any outlay will be worth it - he could reach a rating of 90.

The Bundesliga is also blessed with an impressive array of wide players, with Christian Pulisic, Kai Havertz and Leon Bailey all capable of being some of the game's best talents.

Dani Ceballos and Alena could soon have a rivalry of the ilk of Ronaldo and Lionel Messi in Spanish Clasicos, as they can reach ratings of 88 and 87 respectively.

A number of players in English football could reach the level of 86. Ruben Neves from Championship winners Wolves, is one of the highest-rated players in Europe, while Richarlison's stellar debut season in the Premier League has seen him receive a massive upgrade in ratings. Josh Onomah - an English talent - spent 2017-18 on loan at Aston Villa from Tottenham, while Wilfred Ndidi could become a star at Leicester City.

This won't have been a hard one to predict.

Superstar France striker Mbappe has the world at his feet after joining PSG on loan - ahead of a massive transfer this summer - and now has highest potential rating in the game, with Gianluigi Donnarumma getting his potential ceiling downgraded to 93 in the winter ratings refresh.

Malcom also plays in Ligue 1, but may not be at Bordeaux for much longer in real life or FIFA 18 due to his massive potential. The Brazilian winger is wanted by Arsenal, Tottenham and Bayern Munich, and will be hugely in demand in FIFA as well thanks to his potential score of 91.

Gabriel Jesus, Manchester City's Brazilian sensation, is another fantastic attacking prospect, while Ousmane Dembele could well turn out to be the best possible successor to Neymar, who headed to PSG before Mbappe.

Manchester United's Angel Gomes, at the age of 16, is the youngest player on the list, and could become one of the best Premier League players in the game.

Further down the line, Jadon Sancho - formerly of Manchester City - is a superb prospect at Borussia Dortmund, while Emre Mor and Martin Odegaard are still highly regarded despite false starts at their respective clubs.