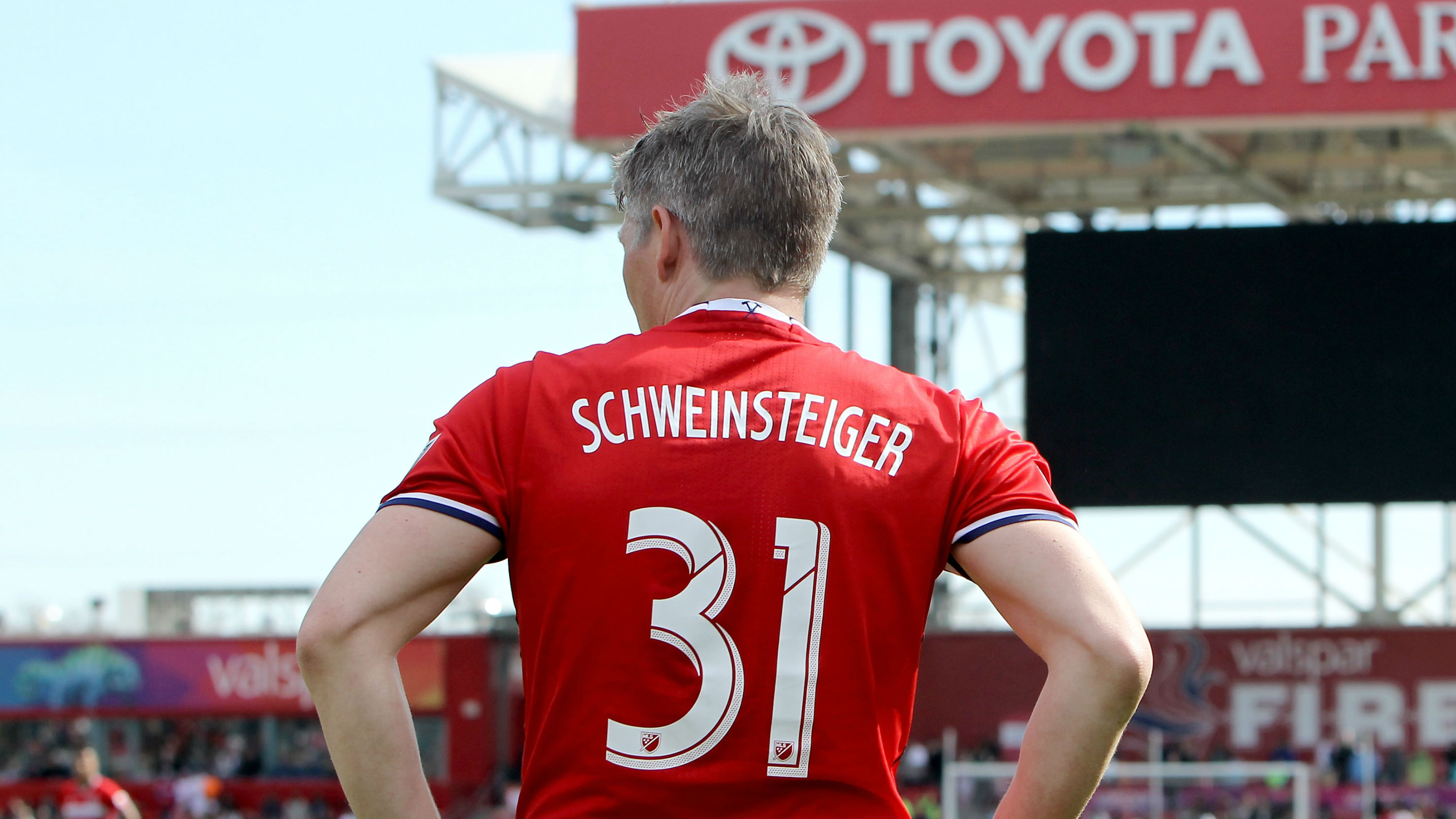 Bastian Schweinsteiger must be having a ball with some of things that have happened since he came to Major League Soccer.

First, he was asked about winning a World Cup with the Chicago Fire during his introductory press conference. Now, he's being asked to take photos of his less famous team-mates for fans.

This poor lady asked for a picture with the @ChicagoFire players...if she only knew  Let's get 3 2moro! #cf97 pic.twitter.com/ei3JH9hrBE

Chicago assistant coach Eric Gehrig tweeted out this photo of an unwitting fan who wanted to take a picture with the Fire players, with the supporter clearly not knowing who the man taking the picture was.

In fairness, this took place Toronto, where the Fire will be playing Friday night, so it's not in the club's home city where the German might be a little more recognizable. But you do wonder what her reaction will be when somebody explains to her who the man behind the camera was.