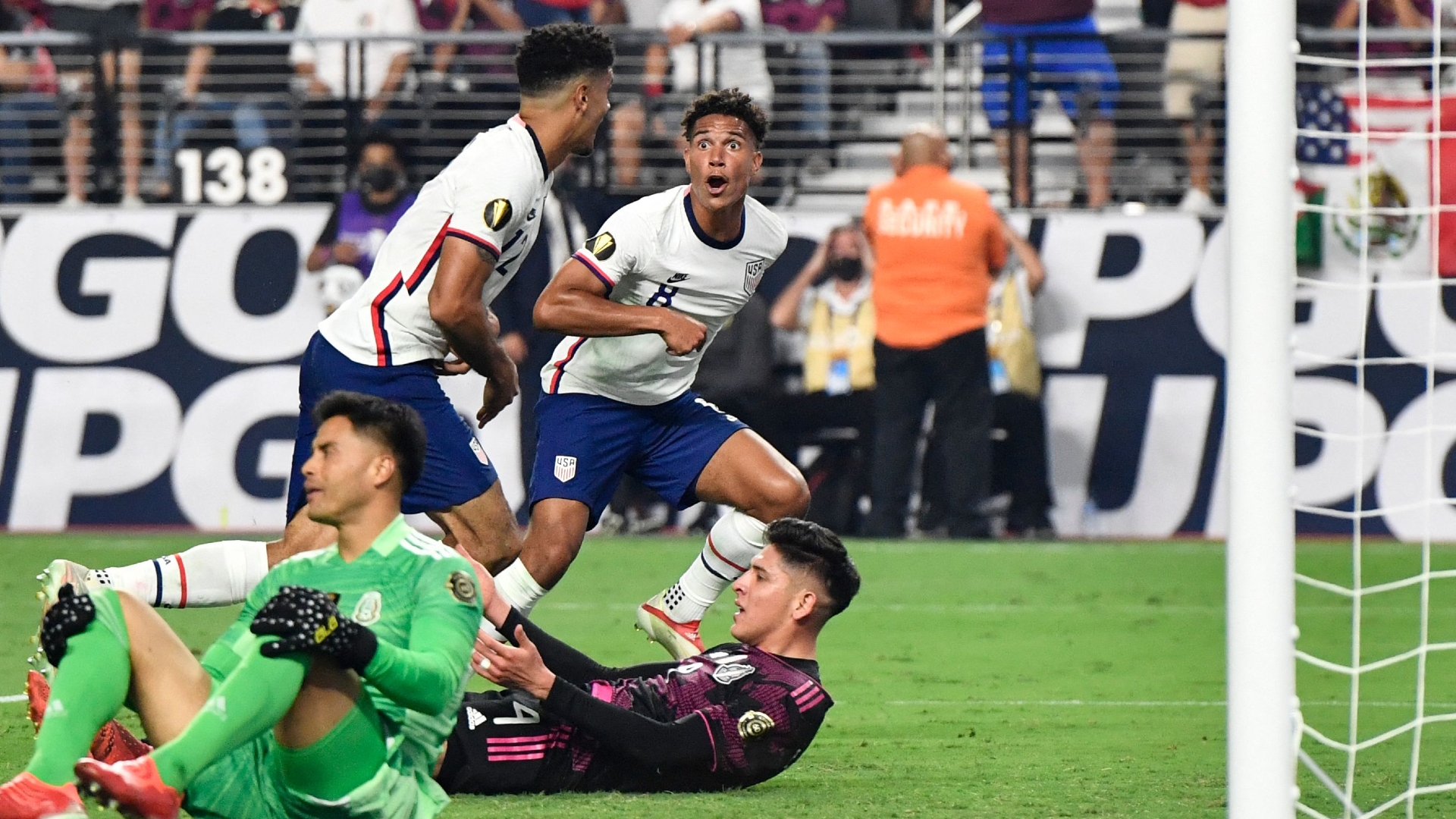 A summer blessed by two intense tournament finals between the U.S. men's national team and Mexico concluded in thrilling fashion on Sunday, with center back Miles Robinson heading in the Gold Cup winner for the USMNT deep into extra-time.

Though the sides were significantly different than the ones that met one another for the chaotic Nations League final in June, the level of drama remained roughly the same. Robinson's goal set off a dogpile with teammates near the corner flag, wild celebrations in the stands and reactions on social media.

Goal has chronicled how the Gold Cup final went down.

The fact the match even reached extra time was a shocker, as both teams created and missed phenomenal chances.

Paul Arriola had two of the best in regulation for the USMNT. Orbelin Pineda went close several times for Mexico.

Pineda gets a clean look but can't put it on frame for Mexico! 😬 pic.twitter.com/cH3dGVaRKz

How is this match still level 😱 pic.twitter.com/qClcvjm1v5

El Tri midfielder Hector Herrera may have been fortunate to remain on the pitch after this second-half challenge...

Not for Mexico’s Hector Herrera in the #GoldCup final 🥵

Gotta respect Herrera’s insistence on seeing just how far one can go with Concacaf officiating before getting sent off.

USMNT wins it late through Robinson

The United States has beaten Mexico in the Gold Cup final!

Dread it. Run from it. 2026 is coming. #USAvMEX 🇺🇸🏆 pic.twitter.com/VgrDQA4uLL

Wow, you gotta give it to them. Fighting till the end 🇺🇸 👏🏿#proud #USAvMEX

Warriors man. Kings of Concacaf. WHAT A PERFORMANCE FROM THIS TEAM. @USMNT Champs.

Dos a Cero for the summer

So maybe USA soccer is in pretty good shape? #USAvMEX