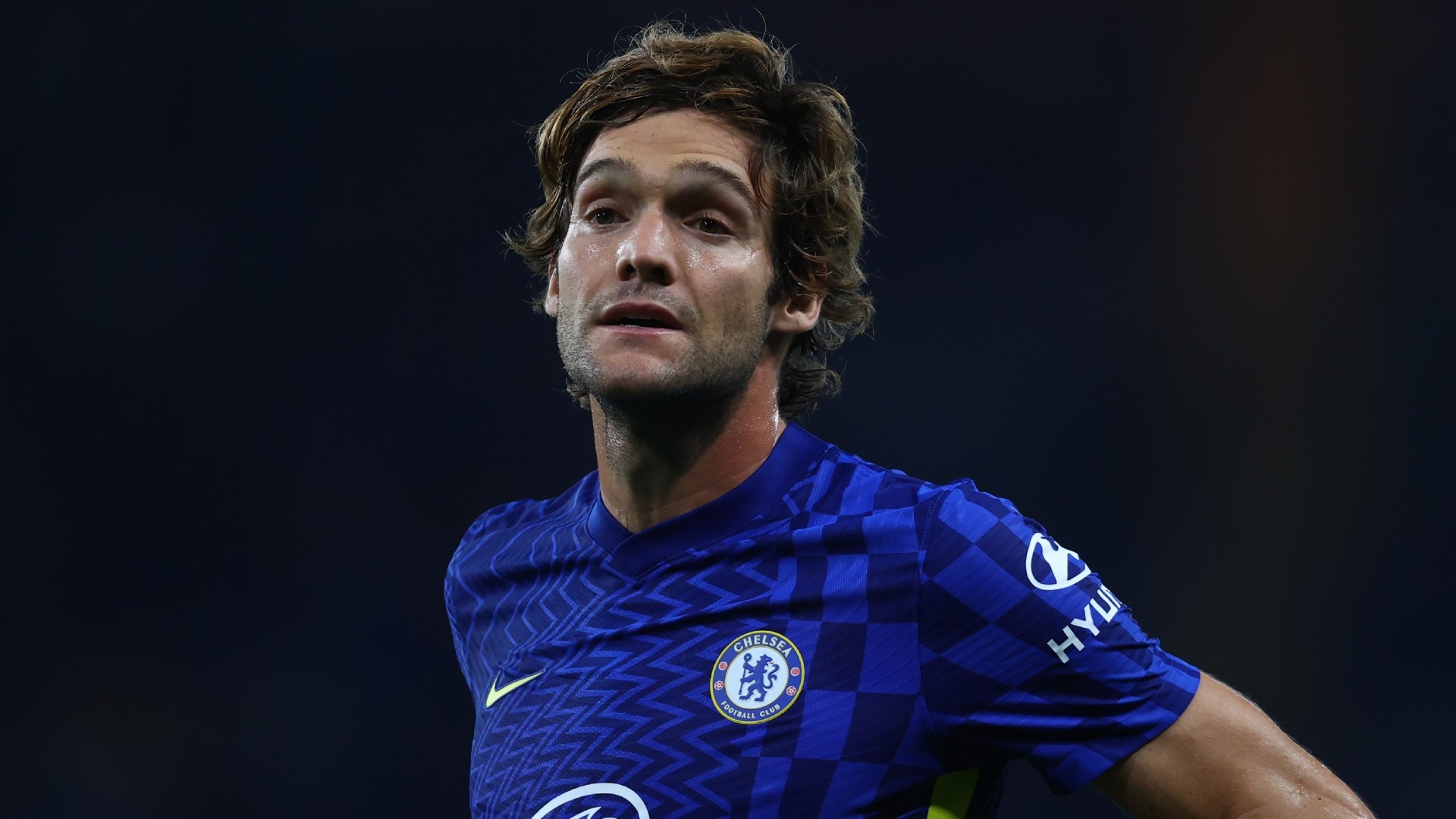 Chelsea star Marcos Alonso has expressed his belief that taking the knee is "losing a bit of strength" as an anti-racism gesture, while admitting "I prefer to put my finger to the badge".

Players and staff across the Premier League have been taking the knee before matches ever since the resumption of the 2019-20 campaign in June last year, initially as a showing of solidarity towards the Black Lives Matter movement.

The gesture has been continued in a bid to help stamp out racism in football, but Alonso believes he has found a better way to show that he is "against every type of discrimination".

Speaking after Chelsea's 3-0 win at Tottenham on Sunday, Alonso told reporters: "I am fully against racism and I'm against every type of discrimination, and I just prefer to put my finger to the badge where it says 'no to racism', like they do in some other sports and football in other countries.

"And maybe I think it's losing a bit of strength the other way, so I just prefer to do it this way and to show I am fully supportive of fighting against racism."

Asked if he has discussed his decision with the rest of the Blues squad, the 30-year-old replied: "No, we haven't talked about it.

"We are in the changing room and we are like a family. I have a very good relationship with everyone, I love everyone and up to now we haven't talked about it. I don't think there is a need to, but, of course, if I have to speak to anyone, I will say the same thing I just told you and I don't think there will be any problems.

"For now, I prefer to point to the sleeve and that’s what I will do.”

Who else has stopped taking the knee?

Crystal Palace winger Wilfred Zaha was the first man to denounce taking the knee , as he labelled the gesture "degrading" before ceasing to participate in the pre-match gesture in March.

There was also plenty of controversy around the subject at Euro 2020 as certain groups of supporters booed whenever the players took the knee at Wembley, having wrongly construed that the action had political connotations.

England boss Gareth Southgate has, however, vowed that his players will "continue to interact with the public on matters such as equality, inclusivity and racial injustice" and reiterated his stance after hearing his side booed by Hungary supporters before their World Cup qualifying clash at the start of the month.