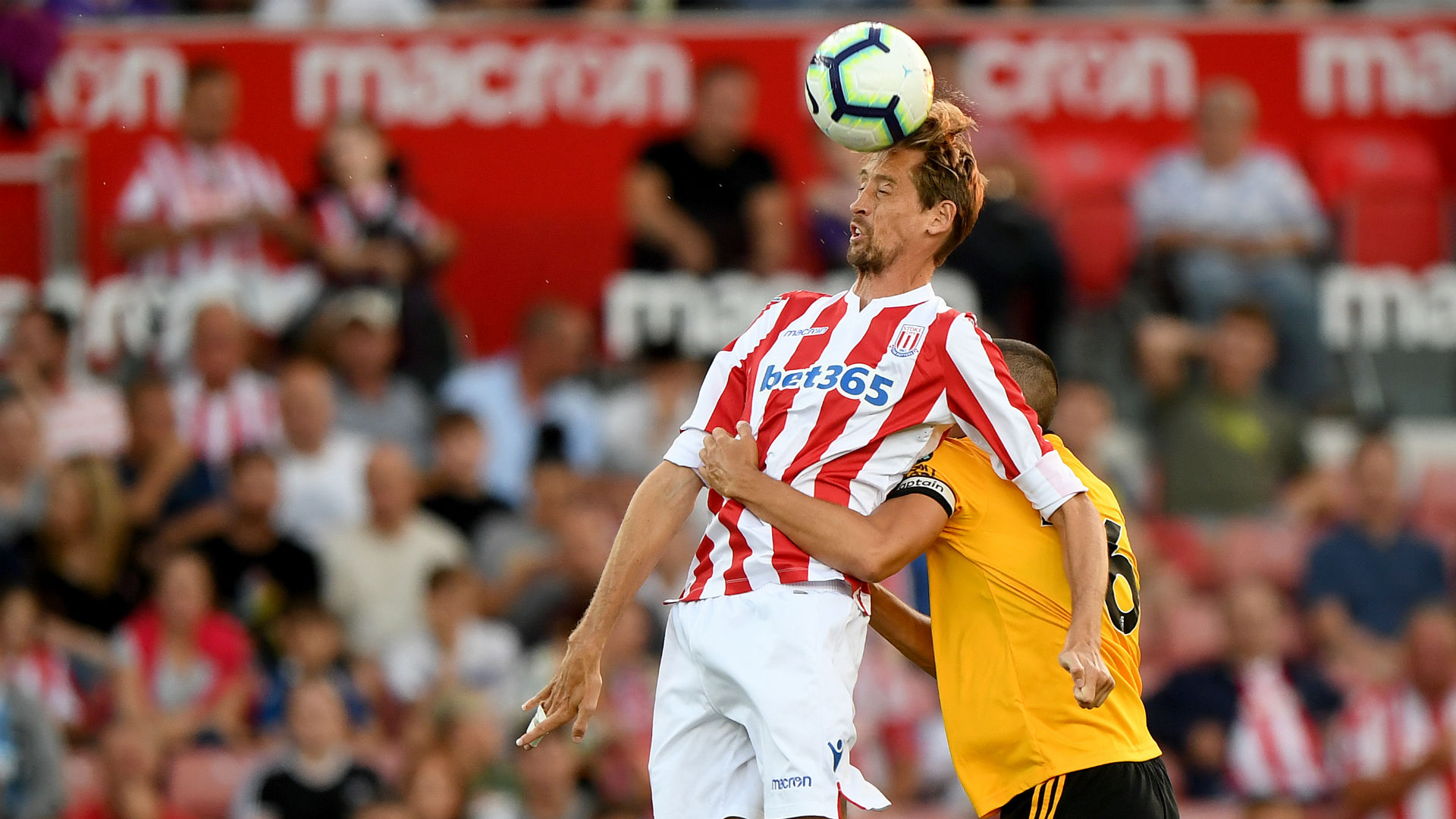 The Premier League side will reinforce their attack with the veteran former England international, who has struggled in front of goal this season

Burnley have confirmed that Peter Crouch will join the club from Stoke City until the end of the 2018-19 season.

The Clarets were minutes away from a famous victory at Old Trafford on Tuesday, before Victor Lindelof's last-gasp strike rescued a 2-2 draw for Manchester United.

Burnley may still enjoy a four-point cushion over Cardiff City, but they have moved to reinforce their forward line amid confirmation that Sam Vokes will be leaving the club for Stoke.

And in an almost simultaneous deal, they have announced the arrival of the veteran striker who is notorious for his beanpole frame and robot celebration.

"The Clarets have added more England pedigree to their ranks with the capture of striker Peter Crouch," Burnley confirmed in a statement published on the club's official website.

"Crouch – who scored 22 times in 42 international appearances and becomes the seventh member of the Clarets’ squad to have been capped by England – joins Burnley from Stoke City on a deal until the end of the season.

"The 38-year-old, who will wear squad number 15 at Turf Moor, brings a wealth of Premier League experience following spells in the top flight with Aston Villa, Southampton, Liverpool, Portsmouth, Tottenham Hotspur and Stoke."

Dyche had confirmed earlier on deadline day that the that veteran striker would be arriving at Turf Moor, with Vokes moving the other way.

"We take great pride in Sam and what he has done for this club," the manager explained as he confirmed the transfer to Stoke.

"As has happened before, players move on. He hasn't played as much as he'd like and I understand that."

Crouch, 38, has scored just once in the Championship this term, but Dyche believes the forward can still succeed at the highest level.

"As for Peter, he has a hunger to come here and make a mark," he added.

"We know he's a good character and he still has a desire. The main thing for me is having motivated people."

The former England international has racked up more than 700 appearances in his career, scoring more than 200 goals.

He has represented Stoke since 2011 and also played for Tottenham, Liverpool, Portsmouth, Southampton and Aston Villa in the English top flight.