Despite rumors in the summer of an exit, sporting director Marcel Schafer believes the American can become one of the Bundesliga's best defenders

John Brooks is one of the U.S. men's national team's most vital players. The defender is as close as you can get to a guaranteed starter when healthy, as the U.S. heads into what will be a busy 2021.

Having made 10 Bundesliga appearances so far this season, Brooks has once again established himself as a key figure for Wolfsburg who, like the USMNT, expect the defender to be a vital building block for years to come.

In recent months, there have been rumors linking Brooks with a move away from the club. Many of those rumors developed from the fact that the 27-year-old centerback has not yet signed a new deal, with his current contract running through the end of the 2021-22 season.

But speaking to reporters on Monday, Wolfsburg sporting director Marcel Schafer confirmed that Brooks is very much in the club's plans as he believes the American is growing into one of the best defenders in the Bundesliga.

"He has the same years on his contract left as me, so I'm surprised about the rumors because half years in soccer, or in sports, that's very long," Schafer said.

"And right now, he started our season and he had not really a good situation. We started with two other central defenders, but then he waited for his chance. We had a long and very honest conversation and I think he learned from the things we told him.

"To be honest, the last couple of weeks, were his best performances since he's been here in Wolfsburg. Very dominant, very aggressive, he scores goals. That is really impressive right now.

"He's a huge factor that we have one of the best defenses in the Bundesliga so far."

Brooks originally joined Wolfsburg in 2017, making the move from Hertha Berlin for a reported $20.4 million fee. Although his first season was limited by injury, Brooks has gone on to make 86 total appearances for the club, with 31 of those appearances coming last season.

To start this campaign, Brooks has featured in all of 10 of the club's Bundesliga matches as Wolfsburg sitting fifth in the league. To date, the club has only allowed 10 league goals, with only RB Leipzig and Bayer Leverkusen allowing fewer.

Having established himself as a capable defender and one of the Bundesliga's best on the ball, Schafer wants to see Brooks become more aggressive in the final third, using his frame to add more goals to his game.

To date, Brooks has scored just four Bundesliga goals for Wolfsburg, but a recent finish against Werder Bremen has Schafer hoping more goals can come as he revealed a nickname for the Berlin-born defender. 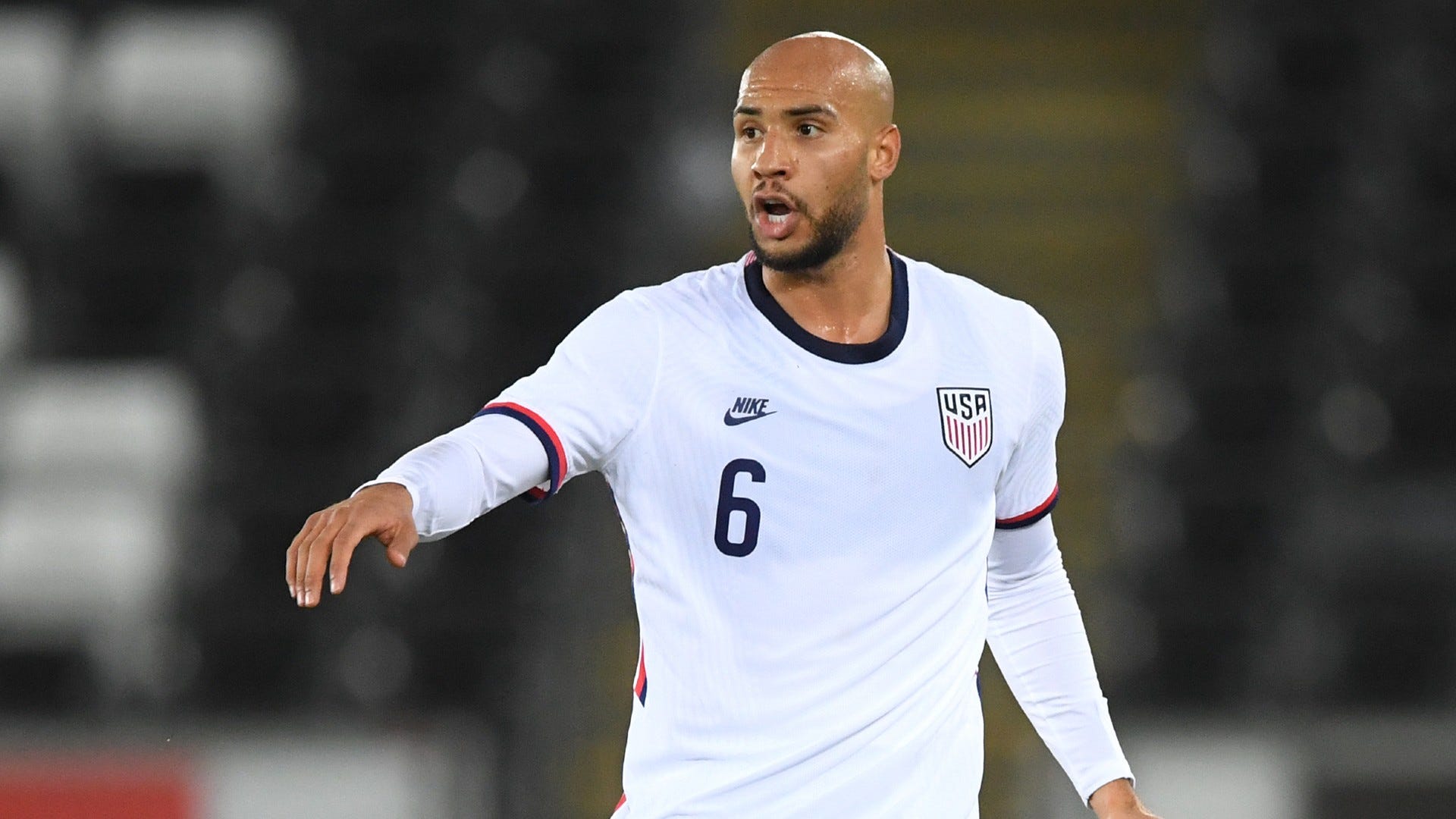 "I think he definitely learned," Schafer said. "He heard what we said to him, and even like Gregg [Berhalter], we were on the same page. We have the same opinion. Everyone sees his progress and I think he was happy and we are happy.

"With his size, he needs to score four to six times every year because, if he jumps, normally nobody is his size. Normally, nobody should stop him. He needs to be our German Wall, or our Berlin Wall."

While Schafer believes that Brooks needs to improve on the goalscoring front, he has little doubts over his left foot as the American remains among the best passers in the Bundesliga.

Adding to Brooks' value is that he is a left-footed central defender, a slight rarity at the top level. Internationally, Brooks has seemingly locked down that left-sided centerback spot for the USMNT, with players like Matt Miazga, Walker Zimmerman, Mark McKenzie, Aaron Long and Chris Richards among the players competing to play alongside him on the international level.

And the same features that make Brooks vital for the U.S. are making him key for Wolfsburg, who believe they have one of the Bundesliga's top defenders on their hands

"There is no doubt that he has a huge quality with his left foot," Schafer said. "His passing qualities are on a very, very high level.

"I think it's a top, top, top level in the Bundesliga and, but if we get him a little bit more dominant like in the last couple of weeks, he could be one of the best defenders in the Bundesliga, and that is my goal, that is our goal, and I think that is his goal to develop."

He added: "His passing skills are really on a high, high level, compared to [Dayot] Upamecano and [Mats] Hummels, where both players are definitely one of the best defenders in the league.

"John can be one of the best defenders in the league for sure."