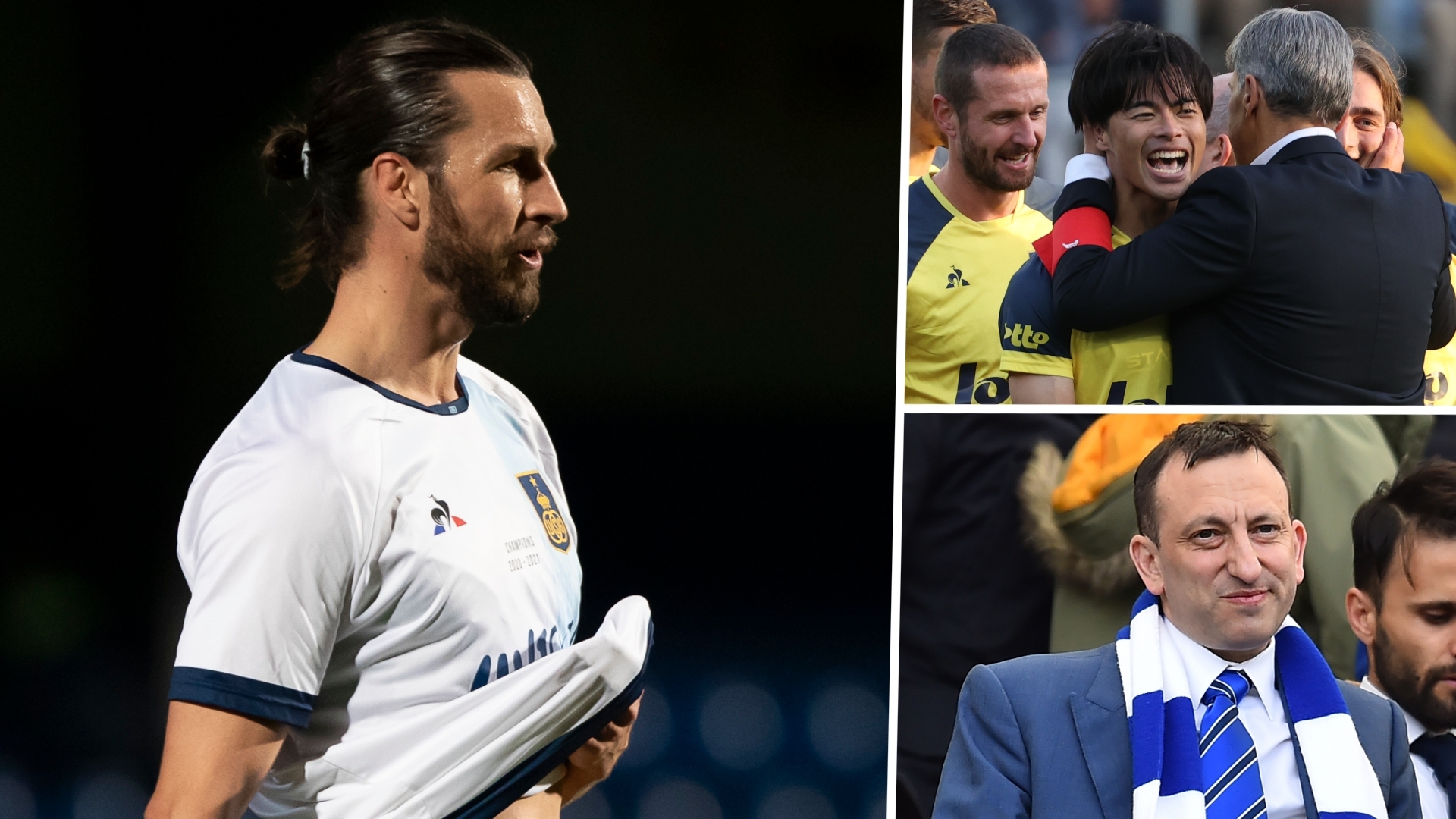 Belgian football has traditionally been dominated by a handful of clubs, with Anderlecht, Club Brugge and Genk at the forefront in the modern era.

But some surprise challengers have emerged this season, none more so than the long-forgotten Royale Union Saint-Gilloise.

After winning promotion earlier this year, they have taken the top division by storm and currently sit top of the table, ahead of reigning champions Club Brugge on goal difference.

A grand old club that won 11 league titles in the early 20th century, the last in 1935, Union have been revived by a change of ownership, an innovative recruitment strategy and an exciting style of play.

Tony Bloom, the chairman of Brighton and Hove Albion, became their majority shareholder three years ago, alongside his friend and business associate Alex Muzio, who oversees the day-to-day running of the club.

Their approach has been a huge success so far, steering Union back to the Pro League for the first time since 1973. A return to European football is now suddenly in their sights.

“The club’s got a tremendous history,” centre-back Christian Burgess tells Goal. “It’s the old giant because back in the day they won a lot of titles, competed in Europe and provided players for the national team. They were considered one of the biggest clubs in Belgium.

"I think they lost their way a little bit and now, under the new ownership, they’re trying to realise their potential.”

Burgess has enjoyed being part of Union’s resurgence. The 30-year-old had previously played for Middlesbrough, Peterborough United and Portsmouth, but wanted to try something new.

Last summer, inspired by the project on offer, he took the bold step to move to Brussels, and has been rewarded with some of the best experiences of his career.

“Obviously I’m pleased with the decision. It was a small leap of faith, because you never quite know what you’re going to turn up to. You have certain hopes and I think it’s lived up to them," he says.

"Last year, the aim was to win promotion. This year is what me and a lot of other people at the club have been looking forward to – testing ourselves in the top flight.”

Union arrived there as runaway champions of the second tier, finishing 18 points clear of their closest rivals, RFC Seraing. With the move to a 3-5-2 formation and more aggressive pressing, Felice Mazzu’s side struck the perfect balance of attacking threat and defensive solidity, scoring more goals and conceding fewer than any other team. Their willingness to take risks paid off handsomely.

“In terms of a footballing philosophy, they (the coaches) want to build up from the back and play entertaining football with a high press. An attacking team that’s going to score goals, and well-organised at the same time,” explains Burgess.

“We’ve possibly had to adapt a little bit, moving into the league above, but we’re still playing some really good football. Very dangerous on the counterattack and we can also control games at times as well.”

Union's boldness on the pitch is mirrored by the way they operate off it.

A thorough, data-driven recruitment strategy has unearthed some interesting prospects, not least the strike partnership of powerful target man Deniz Undav and pacy finisher Dante Vanzeir. Both were signed last summer and have scored 55 goals between them since, including 15 already this season.

Sporting director Chris O’Loughlin, who has also worked in South Africa, Australia and England, is responsible for Union’s transfer activity and takes as much interest in a player’s character as their ability.

“It’s not all just about stats and what they see, it’s about the things they hear and recommendations. They look at your whole profile and see everything you do in and out of football,” says Burgess.

“There aren’t many egos at the club, and I think that has a positive correlation to the success that we’ve had over the last year. They want people who work hard and are selfless. They’ve created a good group where people want to play for each other and push each other.”

While investment in the squad has been an important factor, free transfers and loan deals still dominate Union’s business. Promising youngsters Marcel Lewis and Matthew Sorinola recently joined from Chelsea and MK Dons respectively, taking their tally of English players to three. The more experienced Burgess continues to look out for them.

“They’re very young players at the beginning of their careers. It’s been really interesting to see them take this approach," he says. "I try to help where I can and be a friendly voice to chat to in the changing rooms. I’m trying to offer advice and help them along their journey because not every 19-20-year-old goes straight abroad."

Union pride themselves on creating the right environment and culture for players to thrive. Burgess has been impressed by the facilities at the training ground and the infrastructure behind the scenes.

O’Loughlin runs the football operation, ensuring that the manager has the resources he needs to deliver results. President and minority shareholder Muzio is heavily involved too. The 37-year-old data specialist wants to turn the club into contenders again.

“It’s Alex’s project. I’ve met him a few times. He’s very keen and passionate about Union, about the players and the staff, about running a proper football club. It’s a place where you want to work," Burgess says.

In contrast to Union’s modern outlook, their home ground, the Stade Joseph Marien, is one of Belgium’s oldest and a relic of a very different generation.

Opened in 1919, it still has wooden benches in the main stand and a vintage interior, with panelled walls, historic photographs, and the club crest rendered on a stained-glass window. The trees of Duden Park loom in the background, creating a unique setting.

Union’s ground only has a capacity of 8,000, but their passionate supporters are renowned for creating an atmosphere. They were in fine voice on Saturday as Mazzu’s side completed an incredible comeback to beat Seraing 4-2. Two goals behind and down to 10 men at half-time, the introduction of Kaoru Mitoma changed everything.

The Japanese wide man, on loan from Brighton, scored a superb hat-trick to turn the game on its head and send Union top of the table.

An ambitious club, they have still surprised everyone, including themselves, with how seamlessly they have taken to life in the top division. After targeting survival, a place in the top half - and the play-offs for European qualification - is now a distinct possibility.

Whether Union can maintain their excellent start and compete for the title remains to be seen, but they have every reason to dream.

“From last year, the step up’s pretty big, but it’s enjoyable. It’s why I came to Belgium,” says Burgess. “I wanted to test myself in the top division against better players. You’re playing against teams that have a lot more funding, so it’s a challenge, but it’s an exciting challenge.

"You look forward to every game to try to do something special.”