‘Maybe Bayern can get Robben out of retirement!’ – Muller jokes about bringing winger back for more Schalke magic 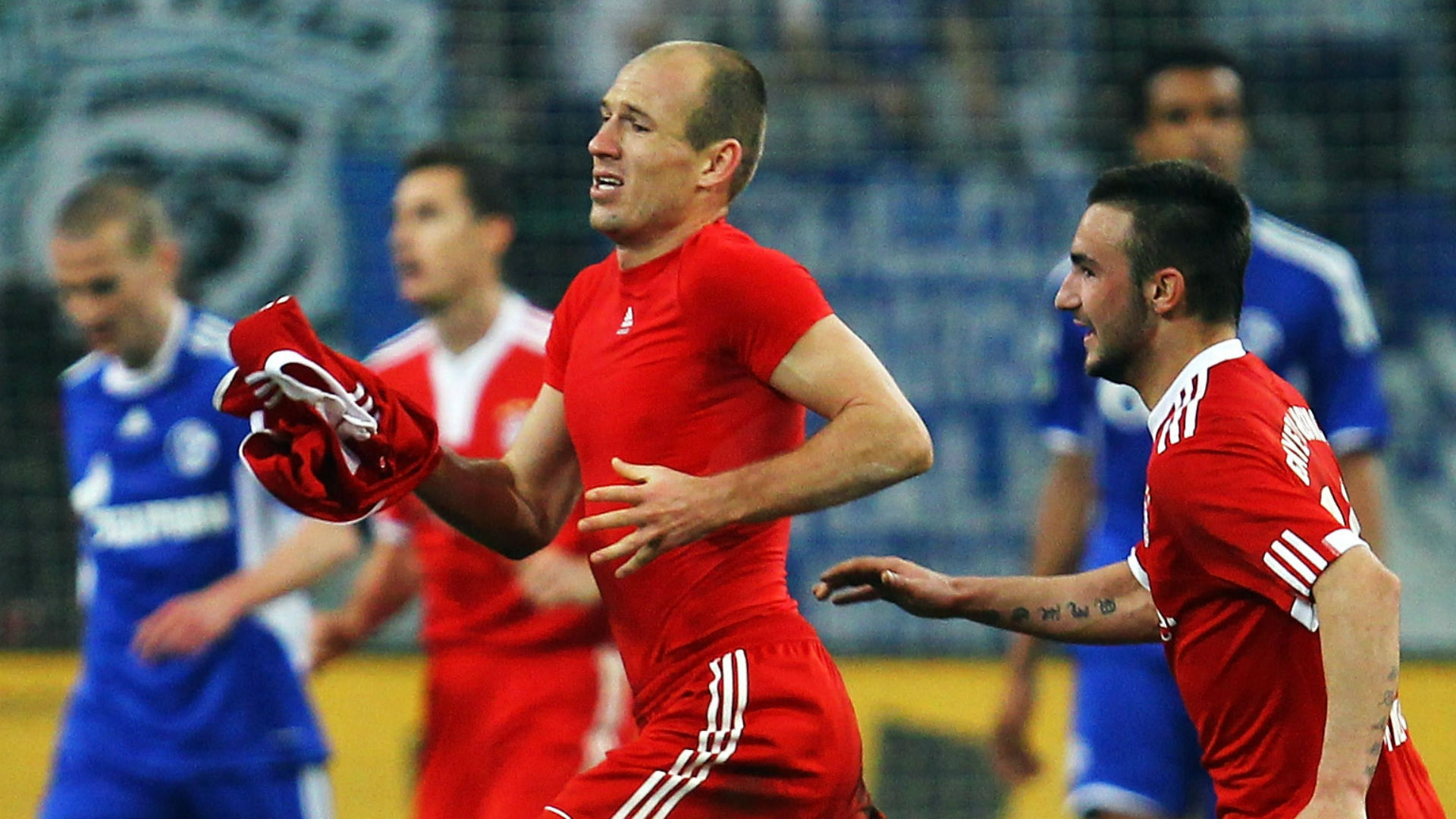 The Bundesliga champions have drawn a familiar foe in the quarter-finals of the DFB-Pokal, conjuring up memories of a famous meeting from 2010

Thomas Muller has joked that Bayern Munich should be looking to bring Arjen Robben out of retirement for a DFB-Pokal quarter-final clash with Schalke.

The Bundesliga champions are preparing for a meeting with familiar foes in the last eight of domestic cup competition and that has conjured up memories of a famous meeting between the two clubs from back in 2010.

On that occasion, a dramatic semi-final encounter was settled in thrilling fashion when Dutch winger Robben was at the peak of his powers and scored a stunning solo goal in extra time to book Bayern a place in the final.

With similar inspiration now being sought in the present, Muller admits it may be time to put an SOS call out to the man who hung up his boots at the end of the 2018-19 campaign.

He told Bayern’s official website: “Of course Schalke are a team that have shown this year that they can be competitive. They know what to do - especially in cup matches.

“Away at Schalke, my mind goes back to quite a while ago. I remember Arjen Robben's goal: an amazing solo run down the pitch, before scoring to make it 1-0 in extra time.

“Arjen doesn't play for us anymore, but maybe we'll give him a call and bring him back from retirement!”

Bayern edged past Hoffenheim in their last DFB-Pokal outing and have seen a route to potential silverware open up in front of them.

Joshua Kimmich added on another quest for cup glory: “In Leipzig and Dortmund, two hot favourites have already been eliminated.

“I think no matter who we would have drawn in the quarters, we would go into the game as favourites.

“I would have preferred to play at home, but we are to play away. But despite that we'll still be favourites against any opponents. Regardless if we play at home or on the road.”

Bayern will head to Schalke on March 4, with that contest presenting another opportunity for World Cup-winning goalkeeper Manuel Neuer to be reunited with his former club.

He said of that challenge: “They are good opponents. In the cup it's quite a different prospect. It'll not be easy for us.

“Personally, I'm always happy to go back to Gelsenkirchen. I'm looking forward to the game.”

For now, Bayern’s focus is locked on maintaining a standing back at the top of the Bundesliga table – with a 0-0 draw played out against closet challengers RB Leipzig on Sunday – while they also have a heavyweight encounter with Chelsea in the last 16 of the Champions League fast approaching.