With newly-founded teams at Real Madrid, Manchester United and Benfica all thriving too, the landscape of women's football in Europe is changing

This season, perhaps for the first time, the champions of women’s football in Spain, England, Italy, Germany and France are all clubs used to mass success on the men’s side.

Friday marked PSG’s first ever league title, an achievement that may appear remarkable to those that aren’t avid followers of the women’s game. After all, the men’s team had sat top of Ligue 1 for seven of the last eight seasons before Lille’s incredible triumph this year.

Lyon have dominated the women’s game in France – and Europe – for many years, though a Ligue 1 title has eluded their male counterparts for 13 years now. The Parisians' success this season, which included eliminating Lyon in Europe as well, may have been by fine margins, but it is something they have been working towards as each year has gone by.

The UEFA Women’s Champions League final last month was another huge indication of recent change, with Chelsea making their first final, where Barcelona beat them to become the first club to win the competition on the men’s and women’s side.

That’s another feat that may seem long overdue, but the UWCL’s most successful side is Lyon, followed by FFC Frankfurt, now Eintracht Frankfurt, Swedish outfit Umea, Wolfsburg and Turbine Potsdam.

There have been smaller scale examples of the landscape of women’s football changing, too. Real Madrid’s first ever season will end with a Champions League spot, Benfica claimed their first title in Portugal, achieved within four years of inception, and Manchester United’s continued improvements had them top of the Women’s Super League at Christmas, less than three years after the team was reformed.

Teams like Lyon and Wolfsburg, the latter seeing their run of four successive league titles end this season, will not fade away, of course, but triumphs for PSG and Bayern, their first in five years, show the growth around the continent, especially among the biggest clubs on the planet. 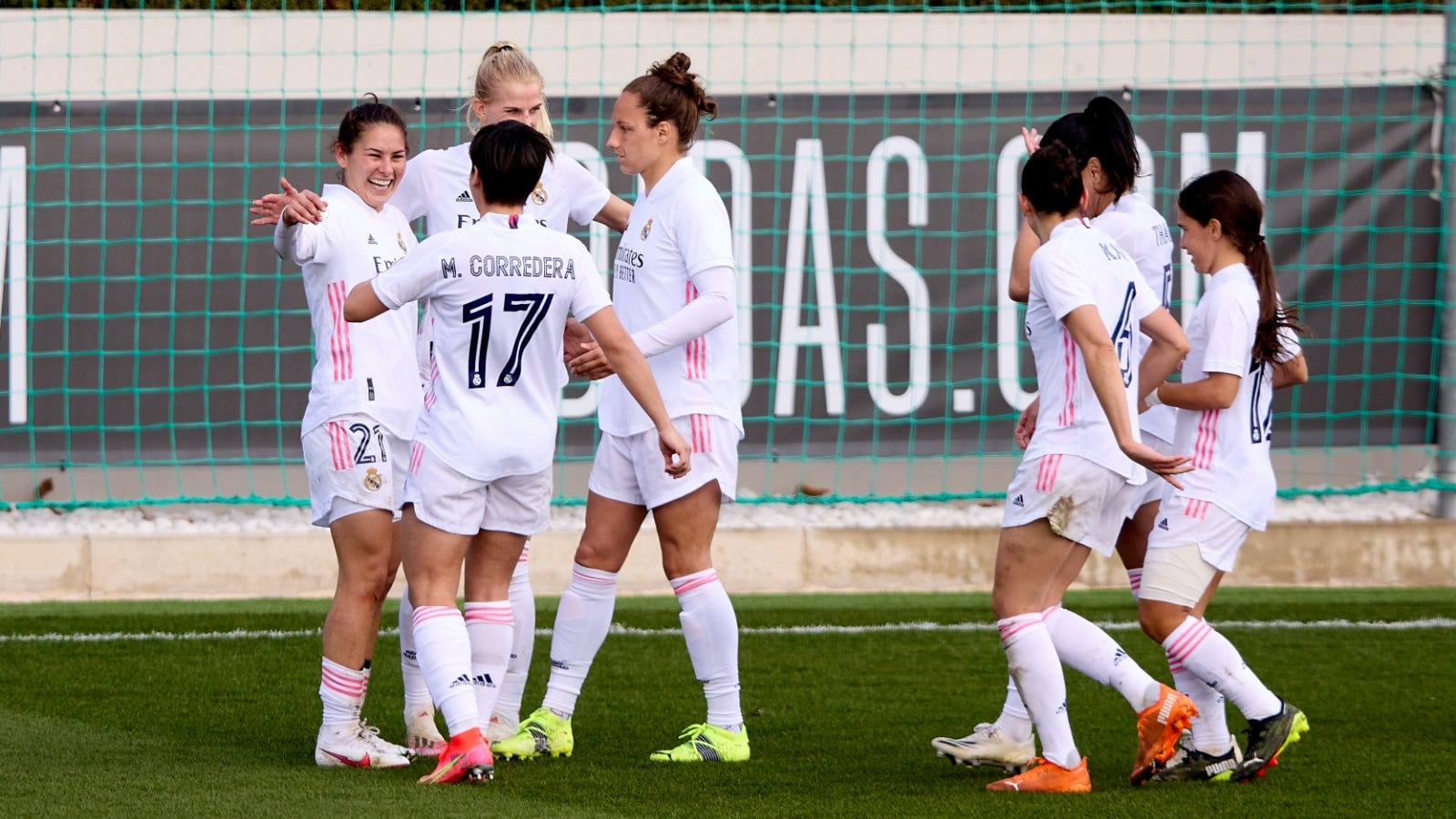 What’s the reason behind the changes? The cynical answer would be money, but it’s not just about pumping the funds in and signing all the best players.

“People think when I say support, it's always financial. It's not,” Chelsea manager Emma Hayes explained earlier this year.

“It's emotional. It's the support from the board and our board have been tremendous with the whole team. This is commercial, this is marketing, this is media, the comms teams, this is a collaborative effort of Chelsea and there's so much willingness to get us here.”

Lyon are a prime example of how that support can produce success. The president of the club, Jean-Michel Aulas, has long provided the women’s team with incredible resources and has helped them claim seven European titles as a result. When both the men’s and women’s teams reached the semi-finals of the Champions League last year, he rewarded them with the same bonus.

“He gives us the best options to prepare for the games,” Dzsenifer Marozsan, a four-time Champions League winner with the club, told Goal last year. “We have all the professional structure around us. It’s really important to have a man like him on our side, because without him it’s not possible.”

Recent findings by FIFA show that clubs with better access to high quality facilities perform better than their league rivals. In fact, 50 per cent of teams with access to a set standard of a higher number and quality of facilities were league champions in the last five years, compared with only 23% for all other clubs. 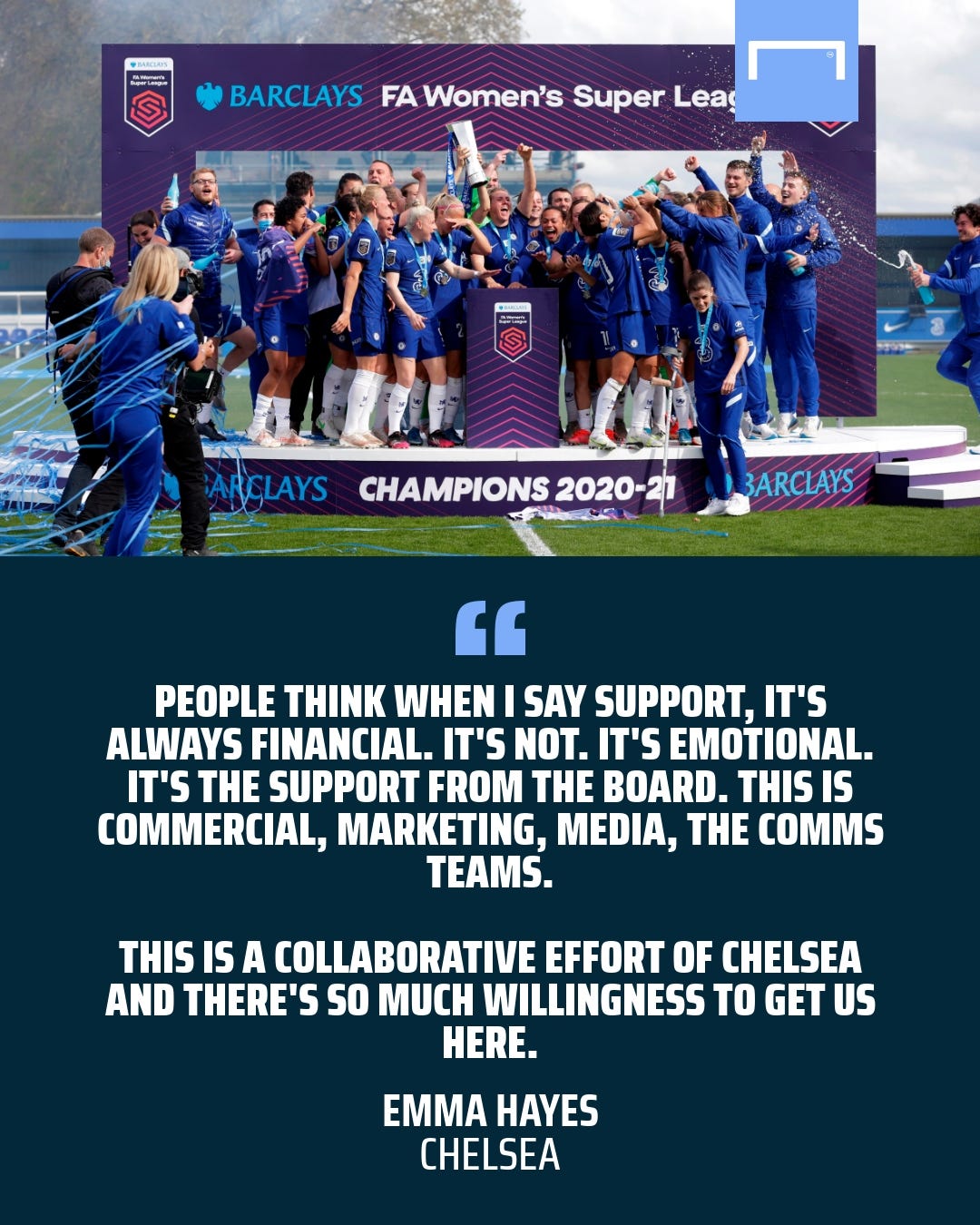 Another key part of that support is in scouting and creating a quality youth system to put together the right squad. After all, buying all the best players does not guarantee success. So many of the ‘super clubs’ who have triumphed in recent years do so because they are very specific with their transfers, while also bringing through their own talent. Barcelona are the prime example.

There are factors beyond money, though, too. The importance of giving a coach the time to build something special is paramount, as is getting that managerial appointment right. FIFA’s research found that, in 65% of leagues surveyed, teams with the highest qualified coaches outperformed other teams - but it’s also not just about coaching badges.

Speaking to Goal last month, Maria Teixidor, the head of Barcelona’s women’s team from 2015 to 2020, explained how the appointment of Lluis Cortes sparked the club’s recent success.

“It was like, 'okay, we've got everything, but it doesn't work',” she said, reflecting on the years that followed Barcelona making their women’s team professional. After winning four league titles in a row, they would have to wait five years for their next, despite becoming a full-time team. “Lluis brought back something that is not tangible, but is this glue that sticks altogether and really makes things work.”

It can be easy to look at the success the women’s teams of some of the world’s biggest clubs enjoy and say that it’s because they have the money.

But it’s about investing that money properly – in the infrastructure, in the facilities, in the scouting, in the right players and the right coach – and giving that project the time it needs to bear fruit. That’s why so many more of these ‘super clubs’ are rising to the very top.

As Lyon showed, those that do it the right way, with genuine commitment, will remain there, too.