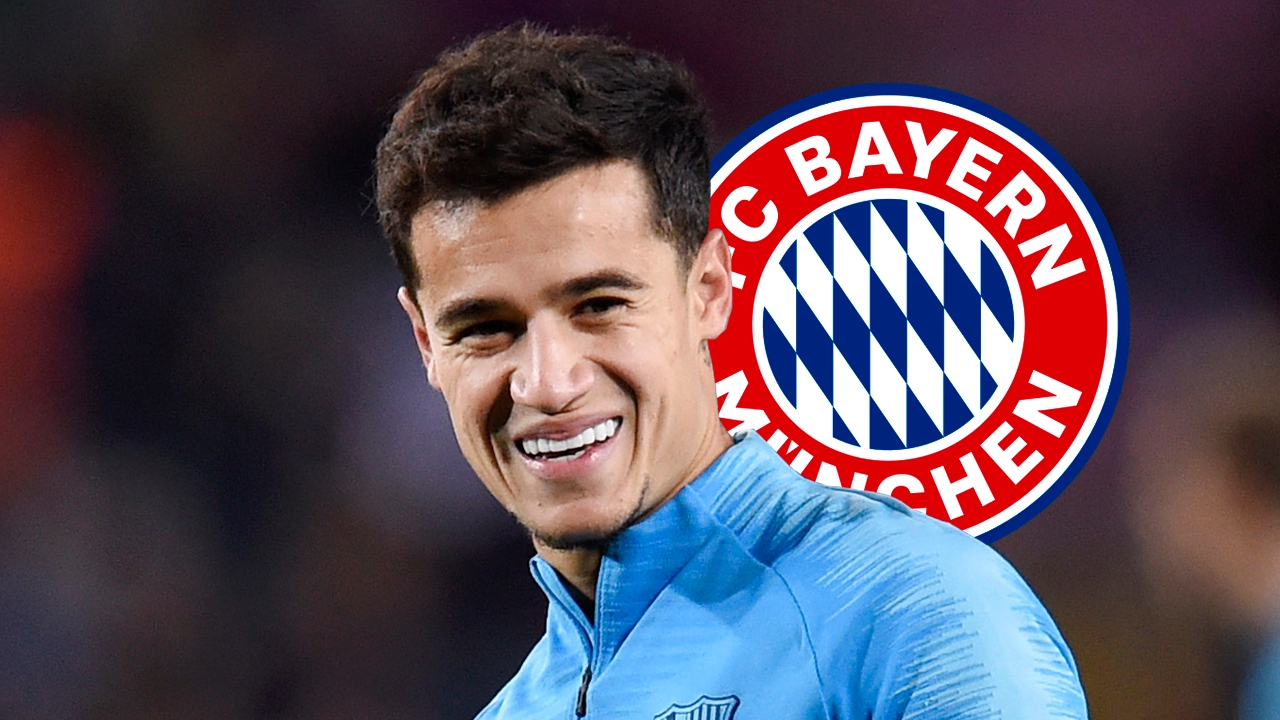 Barcelona and Bayern Munich have confirmed that an agreement is in place to send Philippe Coutinho to the German champions on a one-year loan with a purchase option.

The Brazilian midfielder has failed to impress since joining the La Liga champions from Liverpool in January 2018, and Barca have been keen to offload their big-money signing as they revamp the squad.

He was offered to a number of Premier League clubs before the English transfer window slammed shut but nothing materialised, and a move to the Bundesliga now appears to be the next stage of Coutinho's journey.

An agreement in principle is in place between the two clubs with the deal almost complete but not formally closed, with the player being left out of Barcelona's La Liga season-opening defeat against Athletic Bilbao as his move to the Bundesliga champions inches closer.

Guillermo Amor, director of institutional and sporting relations for Barcelona and an official club spokesperson, told  Movistar+ : "I can confirm that there's an agreement in principle in the case of Coutinho's loan [to Bayern]."

After Bayern Munich drew Hertha 2-2 in their Bundesliga opener, their sporting director Hasan Salihamidzic also confirmed the deal for the 27-year-old.

“I can confirm that (Bayern CEO) Karl-Heinz Rummenigge and I have been in Barcelona this week and we have reached an agreement with FC Barcelona and with the player and his agent," Salihamidzic told ZDF .

"We have had very good discussions, I would like to thank FC Barcelona. Of course, there are still missing a few details, including the medical check and the signature.

“It is a transfer on loan for one year followed by a purchase option for FC Bayern.”

ℹ️#FCBayern and @FCBarcelona have agreed a deal in principle for the transfer of @Phil_Coutinho on loan with an option to buy.

Last season, in his first full campaign with Barca, Coutinho managed 11 goals and five assists in 54 appearances in all competitions.

Coutinho was often used on the left wing and Barcelona have just signed Antoine Griezmann from Atletico Madrid, with the Frenchman joining Ousmane Dembele as an option on that flank ahead of the Brazilian in the pecking order.

Additionally, the Catalan giants have been heavily linked with a move for former star Neymar, who would be another big name ahead of Coutinho in an already stacked forward line.

When pressed on the club's interest in the Paris Saint-Germain forward, Amor was less forthcoming.

“The Coutinho news is true and it has come out, but with Neymar it’s better not to say too much. He is a PSG player and we have a game this evening, so we should focus on winning that,” Amor said.