Bale, Isco and the 13 players Real Madrid are looking to sell before pre-season 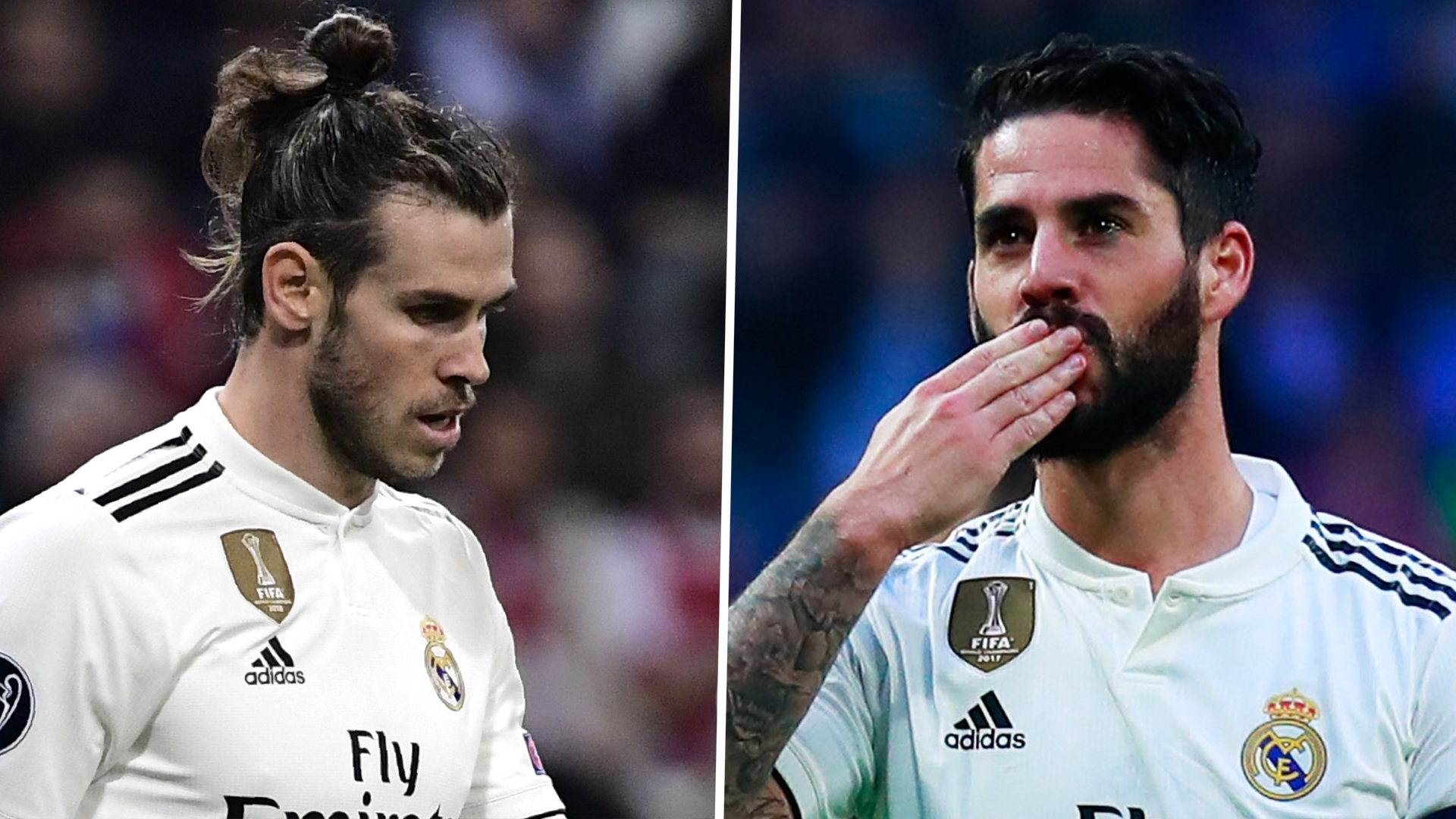 The clock is ticking for Zinedine Zidane as he looks to cut his squad down drastically, a move that will include the sale of several big names

Real Madrid capped a week to remember in the transfer market on Wednesday as Ferland Mendy was officially presented as their latest new signing.

In the space of seven days Luka Jovic, Rodrygo and Eden Hazard had previously enjoyed their own lavish introductions at Santiago Bernabeu, with Eder Militao the next man to walk out on the famous pitch and meet the fans.

That spate of activity, however, has its downsides. Madrid's squad is now dangerously unwieldy, and "Operation Exit" will now swing into place - with up to 13 players set for the chop over the summer as Zinedine Zidane looks to streamline his team.

"We are extremely confident," Goal heard from a source inside the club. The efficiency of Madrid's transfer movements and the quality of names achieved have certainly raised expectations after a 2018-19 season to forget.

With one more midfield signing (Christian Eriksen and Paul Pogba are the prime targets) and a final effort to land Neymar, an extremely difficult prospect, Madrid's recruitment for the coming campaign will be complete. But with 36 players currently in the senior squad that number will have to be trimmed down and fast before pre-season starts on July 9, the deadline the club has set itself to remove those deemed surplus to requirements.

The exodus has in fact already started. Marcos Llorente has moved across the Spanish capital to Atletico, who will pay out an initial €30 million (£26.7m/$33.9m) for the midfielder. Raul de Tomas, who is in the gaze of Benfica, and James Rodriguez, likely to choose Napoli once he returns from the Copa America, will be next, their sales promising to inject fresh funds in Madrid coffers left almost empty by their heavy spending.

Those three may be the first to leave, but they are unlikely to be the last. In goal both Keylor Navas and Luca Zidane are close to the exit, the former angling for a move to PSG while the coach's son also sees his future in France.

Sergio Reguilon and Jesus Vallejo have been similarly deemed expendable in defence, while Theo Hernandez is back from a loan spell at Real Sociedad but will not be in Zidane's plans for 2019-20 either.

It is in midfield, though, that "Operation Exit" will be most keenly felt. With Llorente on his way to the Wanda Metropolitana, the next men out should be Dani Ceballos, Mateo Kovacic - who is waiting on FIFA's transfer sanction on Chelsea to find out whether he can complete his move to Stamford Bridge, while Inter watch with interest - Martin Odegaard, a candidate for a loan move, and Isco.

The ex-Malaga man's situation is complex, but he is close to the exit nonetheless. In attack, aside from De Tomas, Borja Mayoral is close to Real Sociedad and doubts remain over Brahim Diaz, due to his tender age and Madrid's wish not to stifle his development.

Gareth Bale is one of Madrid's prime dilemmas this summer. Zidane does not want the Wales winger in his squad, but Bale will do everything he can to remain - or at the very least, make his departure as difficult as possible.

If all of those players are let go the coach will have reduced his senior set-up to a lean 23 players, with the promise of one more should Pogba or Eriksen sign. But Madrid will not be holding a fire-sale for any of their players. Only bids that match the club's own valuation will be considered, as the Merengue continue to mould a squad of young, talented footballers that are the envy of almost any team in the world.