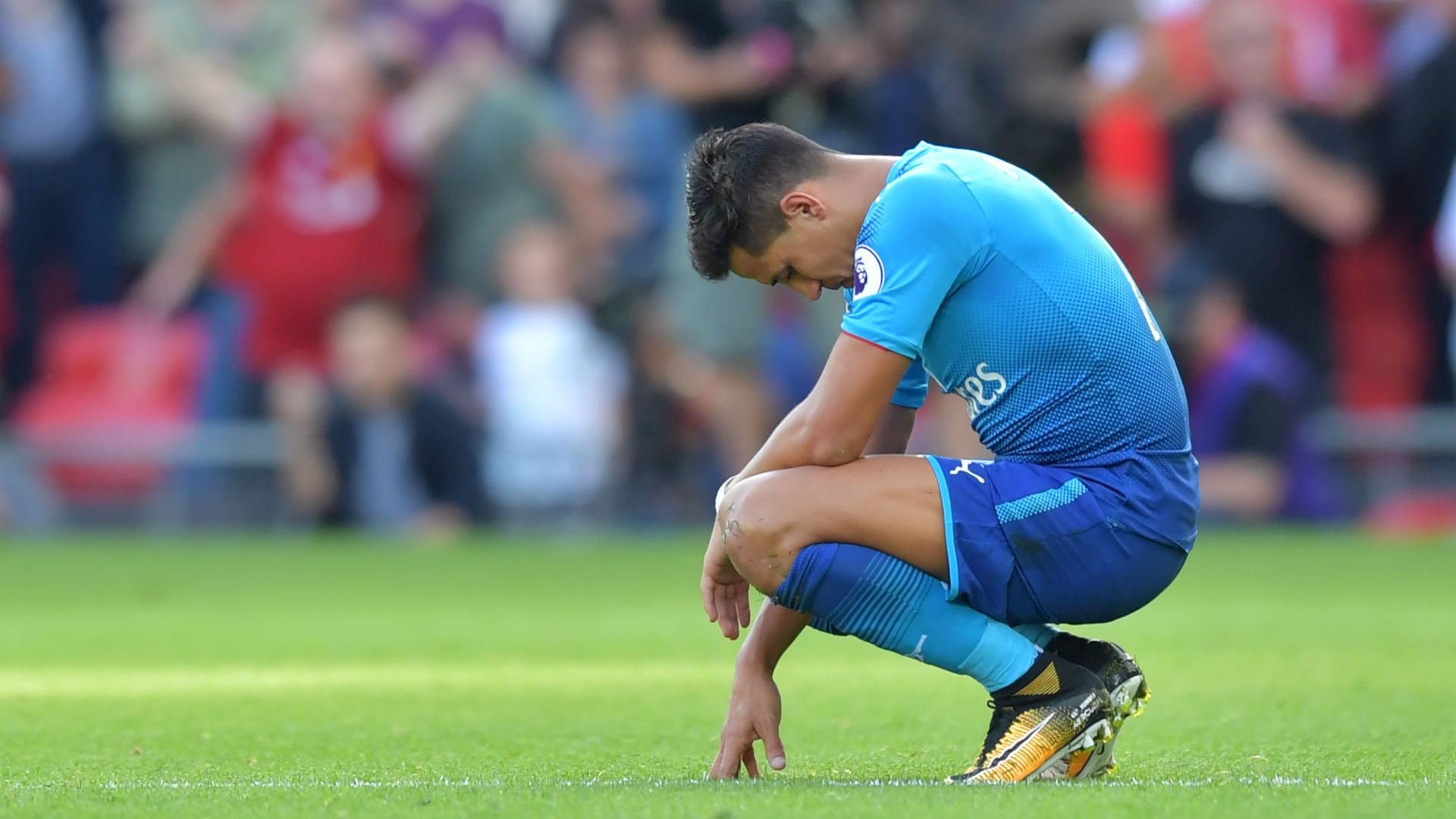 Arsenal attacker Alexis Sanchez has made his first comments since failing to move to Manchester City, taking to Instagram to post cryptic messages.

Sanchez has been rumoured as wanting leave the Gunners for Manchester City for much of the summer.

Arsenal 7/1 to win the Europa League

A move to City may have fallen through on deadline day after Arsenal failed to land the services of Thomas Lemar from Monaco, with Sanchez reportedly furious at not getting the move.

To compound a rough deadline day, Sanchez started in Chile’s heavy 3-0 home defeat to Paraguay in World Cup qualifying, days after he was on the end of a 4-0 Arsenal loss to Liverpool.

And on Instagram Sanchez posted four quotes, with the opening message asserting: “When the world reminds you of your defeats, remind them of your unforgettable victories.”

Another read: “A winner is just a loser who tries more than once.”

A third said. “What you do matters, but the reason you do it matters much more.”

The final one said: “You will realise that what today seems like a sacrifice, will end up being the greatest achievement of your life.”

While Manchester City fans may see those with delight and Gunners fans with dread, it seems likely Sanchez is talking about his international situation in those quotes, especially in the first one after Chile won Copas America in 2015 and 2016.

But Chile currently sits fourth in South American World Cup qualifying, level on points with Argentina for the last automatic qualification spot. They are a mere two points up on Peru, who sit in sixth place and are not currently in a qualification place.

Sanchez and his international team-mates will get a chance to bounce back from that loss on the road against Bolivia on Tuesday.

His chance to wipe the bad taste from the Liverpool loss with Arsenal will come on Saturday against Bournemouth.