Everything you need to know about The Greyhounds, where they play and more

In the award-winning Apple TV series Ted Lasso, Jason Sudeikis' eponymous protagonist finds himself presiding over the fortunes of AFC Richmond in the Premier League.

Coach Lasso must navigate the team through encounters with the best teams in English football, despite having no prior experience in the sport.

But are AFC Richmond a real team? Goal brings you everything you need to know.

Is AFC Richmond a real team?

AFC Richmond is a fictional team, despite being portrayed as a competitor in the Premier League in the Ted Lasso TV series.

However, while Coach Lasso's team is not real, the club understandably takes some inspiration from actual football teams in England and plays up to the idea that it is real.

The club runs social media channels and even sells merchandise through an online shop, with a replica AFC Richmond jersey costing $69.95.

Premier League club Crystal Palace appears to be the main inspiration for AFC Richmond, considering the detail that the team colours are red and blue with a hint of yellow.

Like Palace, AFC Richmond is also based in the south east of London and it is notable that Ted Lasso's first game as coach is against them.

A palace made out of crystal seems mighty fragile if you ask me. 😂

AFC Richmond may not be a real Premier League team, but there is a real football club with the name Richmond that competes in the English football pyramid.

Hampton & Richmond Borough FC are situated approximately an hour from Crystal Palace and also play in red and blue kits. The club nickname is 'The Beavers'.

They are a far cry from the summit of the English game, however, competing in the National League South - level six - in 2021-22.

Are there real footballers in Ted Lasso?

The footballers on the AFC Richmond Team are played by actors, but some of them have obvious real-world inspirations.

There are a number of notable traits and ironies that reinforce the Keane inspiration. Kent is a fearsome character who captains the team before retiring after suffering a knee injury against Manchester City. He then works as a pundit and an assistant manager.

Which stadium do AFC Richmond play in?

AFC Richmond play in Nelson Road Stadium, which is actually Selhurst Park - home of Crystal Palace, a detail which further emphasises the source of inspiration for the team.

So, while Richmond may not be a real team, fans of Ted Lasso can make a pilgrimage to 'Nelson Road Stadium' if they wish to get a feel for the venue.

Nearby clubs Charlton Athletic and Wimbledon temporarily shared the stadium with Palace during the 1980s and 1990s respectively as they sought alternative homes. 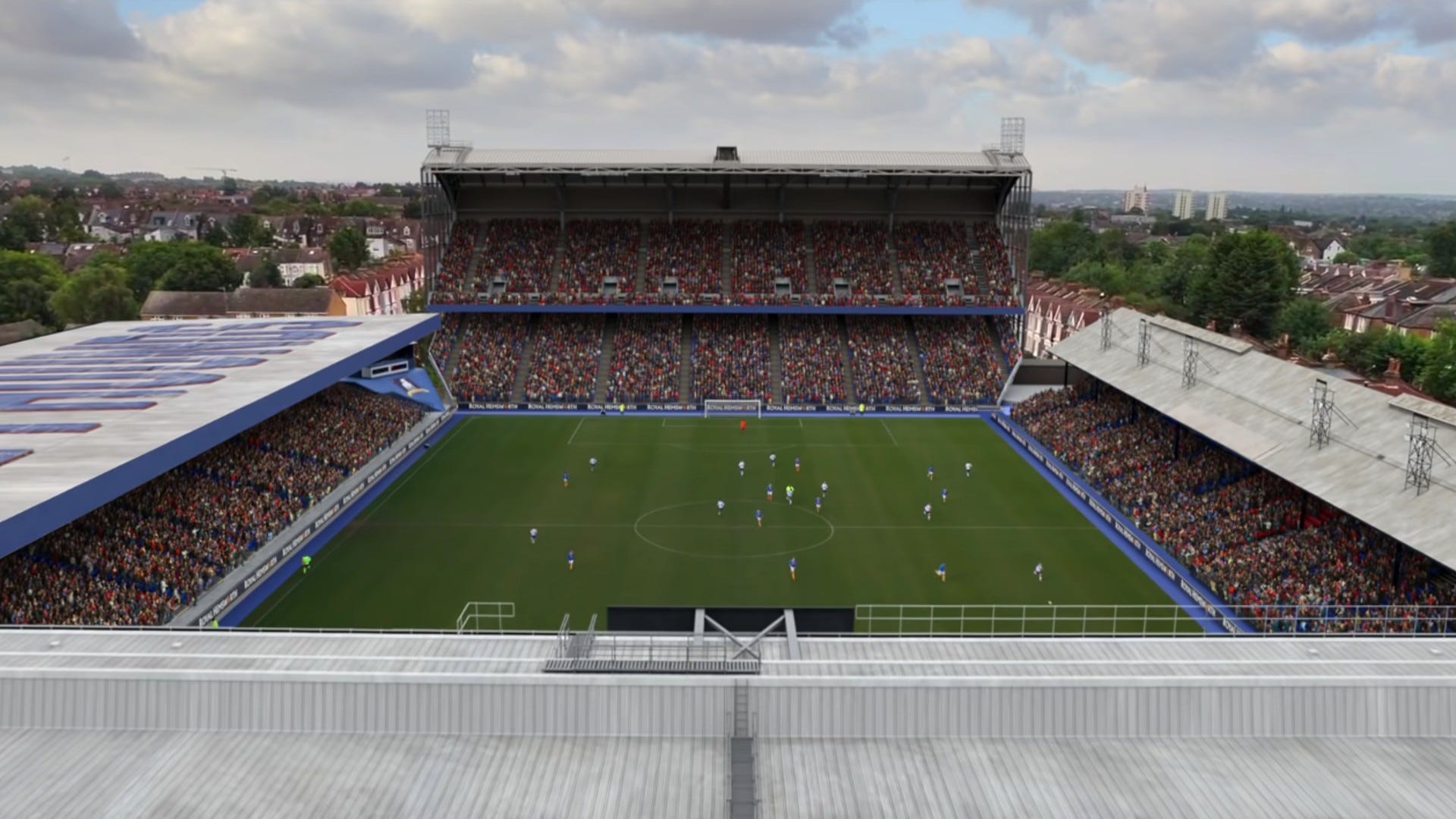 How to get to Selhurst Park / Nelson Road Stadium

If you travel by train, the nearest railway stations to Selhurst Park are: Selhurst, Thornton Heath and Norwood Junction. Each of these stations is a 15-minute walk from the stadium.

Alternatively you can take the bus, with buses regularly passing the area, or a taxi.

If you are close enough, it is also possible to travel by bike or walk. The address to put into Google Maps is: Selhurst Park, Selhurst, London, SE25.

I like my stadiums like Matthew McConaughey in the early to mid 2000s: top optional. @wembleystadium pic.twitter.com/AbMc8PdhMu

Much of the filming for Ted Lasso occurs in Richmond Green, London, with Selhurst Park, Wembley and Craven Cottage featuring among the stadiums in the TV show.

The Crown and Anchor pub in the show is actually The Prince's Head pub in Richmond Green, while a number of other streets in Twickenham are used.

Craven Cottage, which is the home ground of Fulham, is used as a substitute for Goodison Park in the TV series when Richmond play Everton.

Interestingly, some of the match scenes are digital, with certain moments, such as those featuring supporters, being enhanced accordingly.