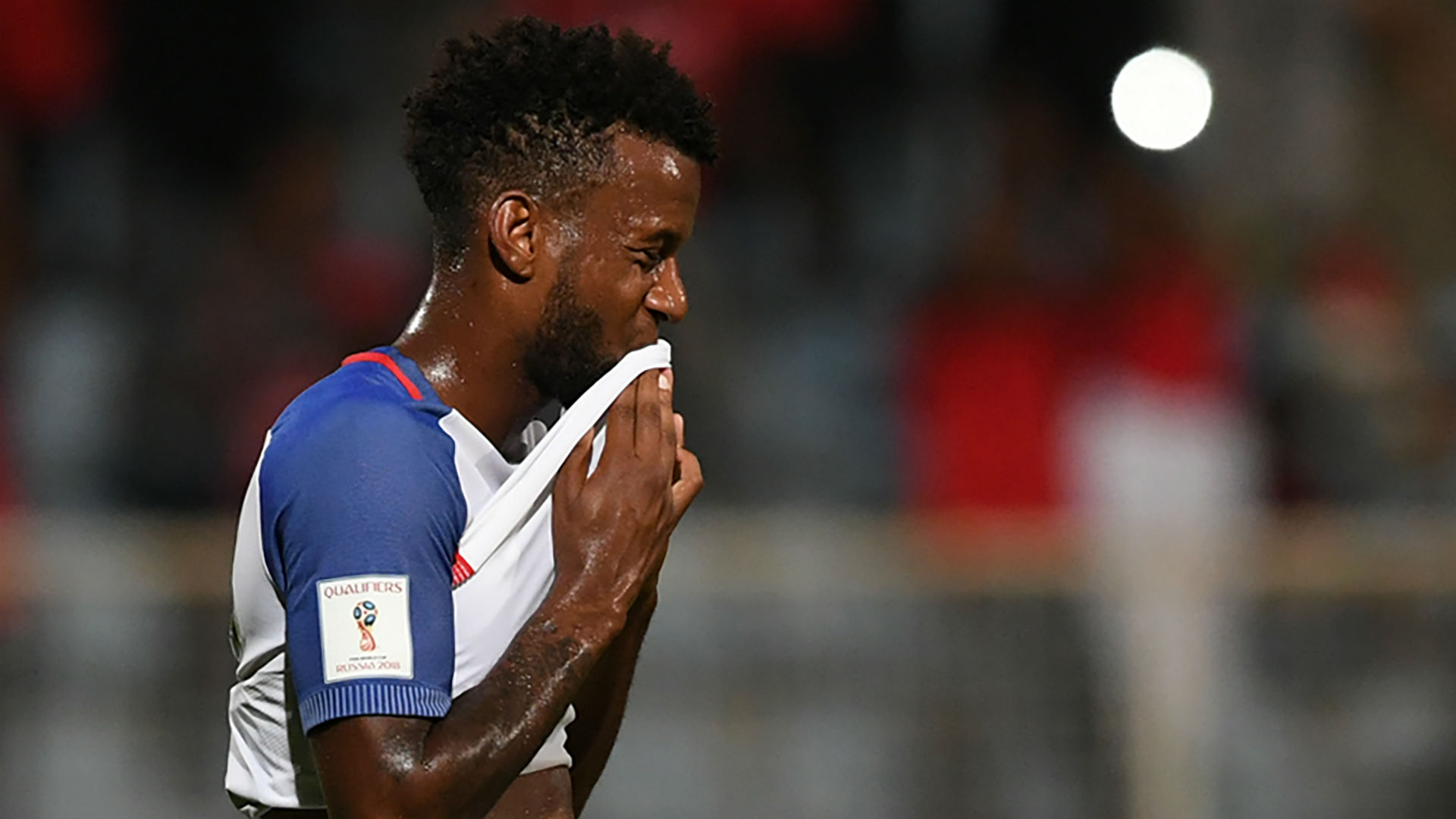 The past year has been a disappointing one for the midfielder, with Monday's trade to Colorado a harsh reminder of how far things have fallen for him

Standing on the field at Levi's Stadium almost exactly a year ago, Kellyn Acosta had to feel on top of the world. He had just started in the 2017 CONCACAF Gold Cup final, a U.S. national team victory over Jamaica, and the champagne and gold medal were the perfect caps to an impressive run that saw him become a USMNT regular. A month prior, Acosta was in the starting lineup for a crucial World Cup qualifier against Mexico in Estadio Azteca, and he drew praise for his performance in a 1-1 draw that day.

Acosta had every reason to feel like his career was skyrocketing, and things were only going to get better. Little did he know how things would change in the next 12 months.

Monday's trade sending Acosta to the Colorado Rapids in exchange for a big package of assets including Dominique Badji, a first-round pick and 50 percent of Acosta's transfer rights, served as the rock bottom to a year that has seen Acosta's career trajectory go from sky high to stalled in midair.

Things began to change for Acosta after the Gold Cup. He would have expected a move to Europe that summer, but no teams came forward with offers, forcing him to stay with FC Dallas, which proceeded to go into a tailspin and miss the playoffs.

Acosta went into last winter hoping once again that his impressive 2017 would generate transfer interest. None came, even after Acosta's representatives tried unsuccessfully to shop him around Europe. Soon after the close of the January window, Acosta was undergoing sports hernia surgery that would sideline him for two months to start the 2018 MLS season. FC Dallas didn't miss him as it started the new campaign well, with Jacori Hayes emerging as a strong replacement for Acosta. When Acosta did return, in May, he was far from the dominant figure of 2017.

While Acosta's star has dimmed, another FC Dallas academy product has seen his value skyrocket. Weston McKennie was once just another prospect in Dallas, while Acosta was seen as the poster child for the FC Dallas academy. Acosta has been forced to watch McKennie vault past him in the USMNT pecking order and achieve the stardom Acosta seemed destined for a year earlier. While he may not necessarily resent McKennie, you have to think somewhere deep down Acosta looks at McKennie's rise and wonder what happened to his own trajectory.

The beginning of the end in Dallas came after the team's 3-0 loss to the New York Red Bulls on June 23. Acosta started that day in a three-man midfield with fellow defensive midfielders Carlos Gruezo and Hayes, but an early Red Bulls goal and a red card left Oscar Pareja needing to make an early offensive sub. Pareja subbed out Acosta, who responded by walking right through to the player's tunnel at Red Bull Arena rather than shaking Pareja's hand on his way out.

Acosta only started one more match after that and found himself on the bench for FC Dallas' derby clash with Houston, with Gruezo and Victor Ulloa played in the defensive midfield roles. Acosta's final minutes with FC Dallas were a non-nondescript 15 minutes off the bench in Saturday's derby. He managed no defensive contributions, and completed seven of eight passes, with all but one of those passes being backwards.

How did Acosta, who started 2017 in seemingly unstoppable form and looked destined to be a national team star, wind up on the bench for FC Dallas before being unloaded to one of the worst teams in MLS? Is he the latest talented youngster to be distracted and ultimately sent off course by the allure of European soccer? Did he start taking his role with FC Dallas for granted as he counted the days until a European club came calling?

He wouldn't be the first, and won't be the last player to fall victim to the allure of an overseas move at the cost of his own form.

From a practical standpoint, FC Dallas made out like bandits. Landing a promising forward in Badji, who has found a way to score goals despite playing for a limited Colorado attack, is an excellent pick-up for a Dallas team in dire need of reliable strikers. The first-round pick Dallas received from Colorado could be well be in the top five, and as much as the MLS draft can be hit-and-miss, Pareja's track record in the draft makes that pick much more valuable in his hands. Acosta isn't likely to leave MLS any time soon — he has two more team-option years on his current contract — and even if he does leave MLS via transfer, FC Dallas will receive 50 percent of the revenue, which covers covers the club even if he does regain his top form and earns a move abroad.

Like a parent forcing an adult child to move out of his childhood home and finally grow up, Oscar Pareja pushed Acosta out of the nest on Monday, for the sake of his own team, and ultimately for the sake of Acosta, who could benefit from a fresh start and a cold dose of reality to remind him that he can't take things for granted.

It is easy to forget that Acosta is still young — he turns 23 on Tuesday — and as tough as the past year has been, he has plenty of time to re-establish himself as one of the league's best midfielders and to show European scouts he is worth taking a chance on. In order for that to happen Acosta needs to focus on the present and on trying to help turn the Rapids into a winner. If he can regain the form that had so many excited about his future just a year ago, then Monday's trade will go from feeling like a player hitting rock bottom to a trade that helped revive his promising career.