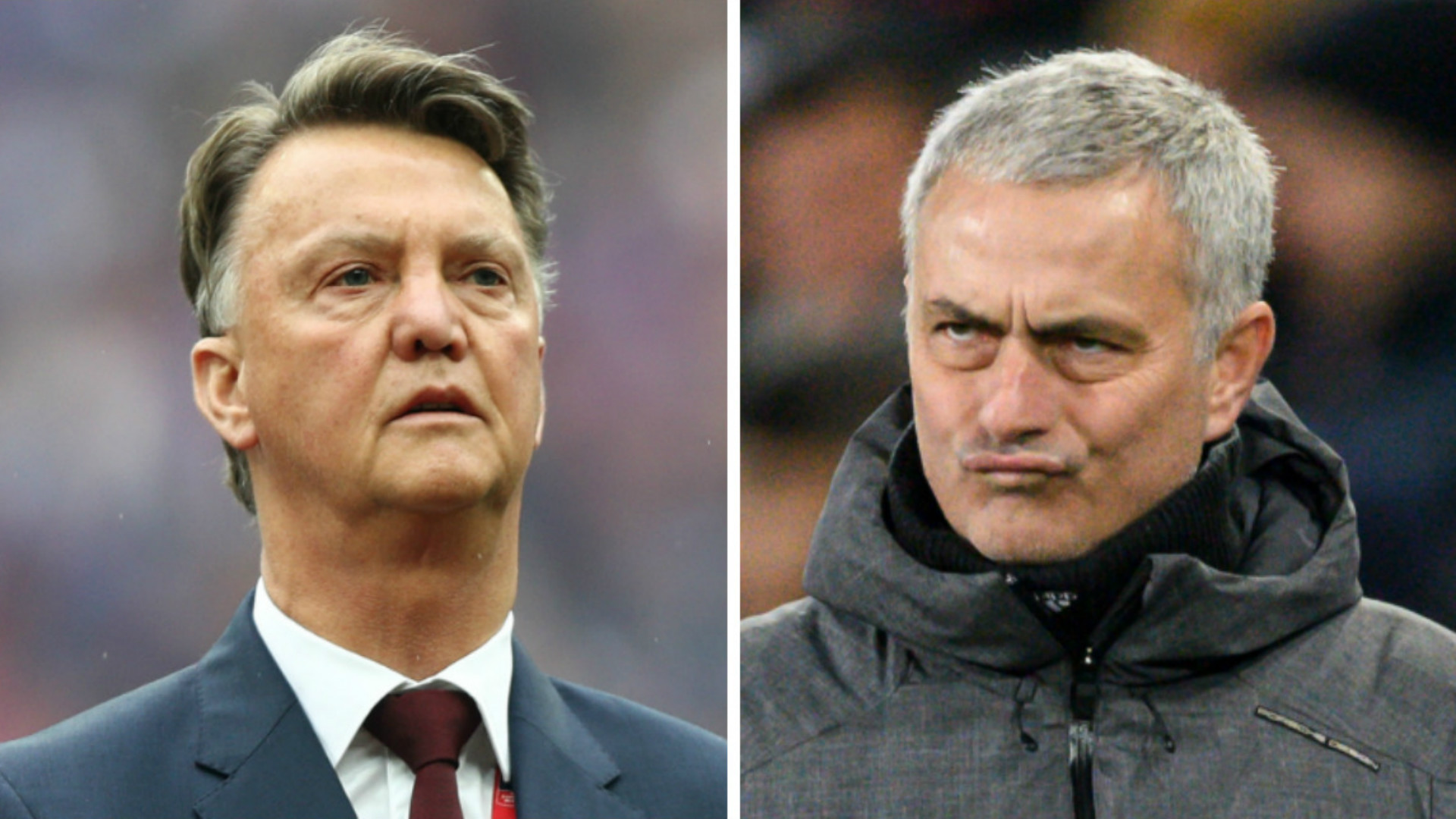 The Dutchman, who was replaced by the Portuguese at Old Trafford, says he would much rather watch Manchester City over his old side

Louis van Gaal says Manchester United are “far more boring” under Jose Mourinho's guidance than they were under him.

Mourinho's United were beaten 2-1 by rivals Manchester City in the Premier League on Sunday, falling 11 points behind Pep Guardiola's side in the process.

The Portuguese has regularly been accused of deploying defensive tactics in big games since replacing Van Gaal at Old Trafford in 2016.

Van Gaal was also heavily criticised for a perceived negative style of play during his spell in charge of United but the Dutchman insists his old side are more dull under Mourinho than they were under him.

Speaking to Fox Sports Netherlands , Van Gaal said: “If you ask me how did I do at United, I will say it was my best year ever, given the circumstances I was working under.

“And yet, right now, looking at United, I have to conclude Mourinho is not being criticized while it's far more boring football.

“What United produce now is defensive football. I always played attacking football. The proof is that the opposition were always parking the bus.

“They don’t do that now because Jose Mourinho plays so defensive."

Mourinho worked as Van Gaal's assistant at Barcelona from 1996 to 2000, with Guardiola the club's captain at the time.

Now Mourinho and Guardiola are leading both Manchester clubs as managers and Van Gaal is adamant the latter's side are a much better watch than the former's.

He added: “I would rather watch City play than United.

“You need quality in a squad and it's clear City have a better squad.”